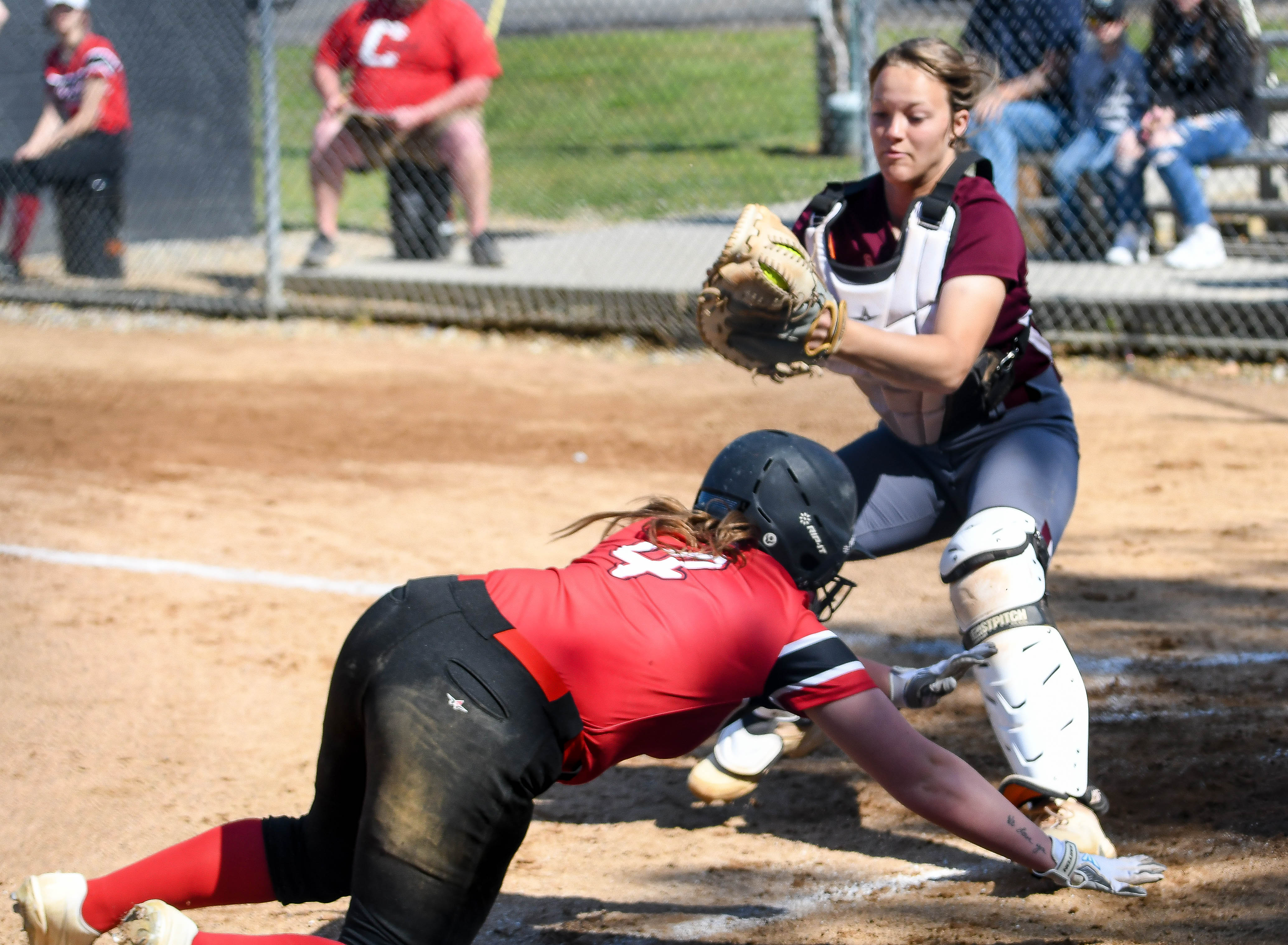 NEWPORT – The South Greene softball team continued its hot streak on Wednesday afternoon, and picked up its third double-digit win in three days.

This time it was Cocke County who was victim of the Lady Rebels’ bats as South Greene pounded 11 hits to earn a 17-1 victory.

“I think we are playing really well right now. We are hitting the ball and I hope it continues,” South Greene coach Amy Hawk said. “Everybody  is hitting the ball, we have had very few strikeouts over the last few games, and everybody is hitting the ball hard. I hope we are starting to peak at the right time, this is a great time to be doing this.”

Wednesday’s action started with Whitney Casteel hitting a ball to third base that was bobbled allowing her to reach safely. Lexi Miller followed with a hard-hit ball to shortstop for a single. Evie Rader next put a line drive to left field to score the day’s first run.

Anna Willett then hammered a line drive into centerfield that scored both Miller and Rader for a 3-0 lead.

Katie Willett used a line drive to score Anna Willett after Madison Hensley was hit by a pitch. Amelia Mullins pushed across the next run on a ground out and Katie Willett gave South Greene a 6-0 lead by crossing the dish on a passed ball.

Anna Willett had the best day at the plate for South Greene going 2-for-2 with a double and five RBIs. Katie Willett was 2-for-4 and scored twice on a pair of passed balls.

Casteel led off the top of the second inning by crushing a fly ball to the fence in right field and turning it into a standup triple. After Rader was hit by a pitch Anna Willett knocked in both runners by dropping a double safely into left field that pushed the score to 8-0.

Cocke County’s lone run of the day came in the bottom of the second inning. Paige Niethammer led off the inning with a single through the right side. Niethammer scored when Kimberly Ottinger split the right-center gap and stretched it into a triple by narrowly avoiding the tag at the final bag.

On the next at bat South Greene turned a double play on a ground out back to Miller in the circle that caught Ottinger at the plate as well.

The Lady Rebels’ lead grew to 9-1 in the in the third inning after Mullins fired a line drive into left field. She moved up on a passed ball a scored on a sacrifice fly by Casteel.

Mullins was 2-for-3 on Wednesday with a double, two RBIs and two runs scored.

The fourth inning began with Rader skipping a ground ball past the third baseman and Anna Willet followed by working a walk.

Allison Penley then cleared the bases with a three-run home run that dropped just over the left-field fence and pushed South Greene’s lead to 12-1.

The Lady Rebels were not done and Mullins sent a laser at the second baseman that was too hot to handle to score Hannah Penley who reached on a walk.

Mullins and Katie Willett went on to score on a pair of passed balls.

After three walks loaded the bases Anna Willett put a sacrifice fly into right field. The game’s final run scored when Hannah Penley was hit by a pitch with the bases loaded.

In the circle Miller shut down the Lady Red. In four innings she struck out one, walked none and gave up three hits.

“Lexi has been amazing at hitting her spots, especially when we need her to. She is really using her changeup well as well,” Hawk said.