Lady Rebels Figure Out How To Win Late Against North Greene 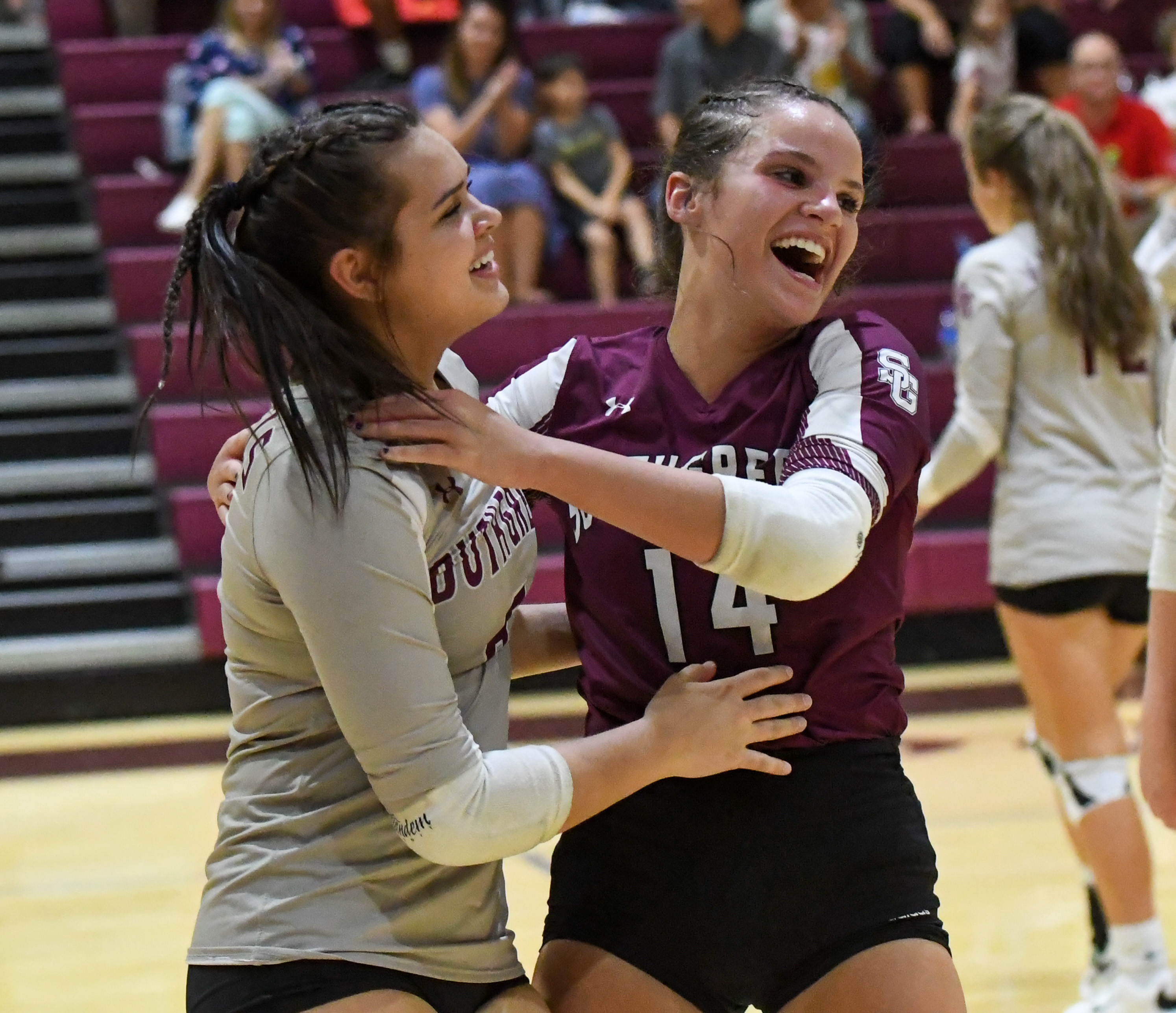 Lady Rebels Figure Out How To Win Late Against North Greene

Things got ugly late for the South Greene volleyball team as mistakes mounted in a District 1-A contest with North Greene, but the Lady Rebels figured out a way to win and completed a 3-0 sweep 25-16, 25-15, 26-24.

Despite the rough close to the evening Lady Rebels assistant coach Mike Taylor saw some positives in the final stretch as his team persevered even when things were not going its way.

“We kind of stopped passing and stopped covering that third set, but these girls didn’t lay down,” Taylor said. “I was proud, and I really liked seeing these girls fight back and never quitting. We need that going forward. We are going to play in tough games and tight games. It’s great to come in and walk over everybody, but in tournament time that doesn’t happen. If you don’t experience these situations now, and get through them, you won’t know how to do it in the tournament.”

The final set started with South Greene scoring the first three points, but then four errors by the Lady Rebels tied things at 4-4.

Gracie Johnson came up with a block and a kill to put the Lady Huskies in front 7-6, then a tip by Hannah Miller moved that lead to 9-6.

South Greene’s Ava Clark tied the set at 11-11 on a kill from the right side, but North Greene quickly regained the lead with two blocks by McKinlee Weems putting the Lady Huskies on top 14-11.

Johnson gave North Greene its biggest lead with a tip over the Lady Rebels that made the score 19-15.

Consecutive aces by Jordyn Roderick gave South Greene a 20-19 advantage, but it was short lived.

Rhiley Henry got a free ball to land safely and then snuck a tip past the defense to put North Greene in front 22-20, and with Johnson serving the Lady Huskies got to set point at 24-21.

Ryleigh Gregg stepped up for the Lady Rebels and landed a kill before placing a free ball perfectly down the line. An error by North Greene then tied things at 24-24.

Davanie Tarlton followed with a big block for South Greene and the night ended when North Greene could not get Baylee Jennings’ serve back in play.

The first set on Tuesday began with back-and-forth action that saw the teams knotted at 5-5.

Behind an ace from Macy Waddell and three kills from Roderick South Greene ran out to an 11-5 lead.

Waddell was playing more on Tuesday because senior Macey Snapp was out with an ankle injury and she made the most of the opportunity by leading the Lady Rebels with three aces and 16 service points.

“Macey needed some confidence in her serve and I think she got that tonight. She served it really well and was putting it on the spot,” Taylor said. “There was one time I made a call I didn’t know if she could hit, but she sure did. She has the heart and she will give it everything she has. It was good to see that those girls could handle things on the back row with Macey (Snapp) out. We count on her leadership. Aydan Dyer came in and did a good job at libero after not playing it all year.”

With Grace Buchanan serving North Greene was able to close the gap to 14-11, but the Lady Huskies would get no closer.

Tarlton and Clark answered with kills for South Greene and three more slams by Roderick put the Lady Rebels in front 21-12.

In the closing stretch Gregg and Roderick had kills and Aydan Dyer had an ace as in the 25-15 South Greene win.

Again the second set started tight and again Wadell’s serves gave South Greene some breathing room. This time Waddell stepped to the line with a 5-4 lead and after two aces and two kills by Mackenzie Niston South Greene led 10-4.

North Greene fought back and a well-placed kill by Henry closed the gap to 11-10. A tip by Henry made the score 13-12, but then South Greene began to pull away.

South Greene then scored the final six points with Waddell serving and Roderick putting down a pair of kills.

Dyer had 18 digs and 18 serve receptions, and  Compton had 34 assists.

For North Greene Johnson had five kills, Weems had four kills and four blocks, and Henry scored on three kills and three tips. Mercy Buchanan had 13 assists and Matti Phillips had two assists.