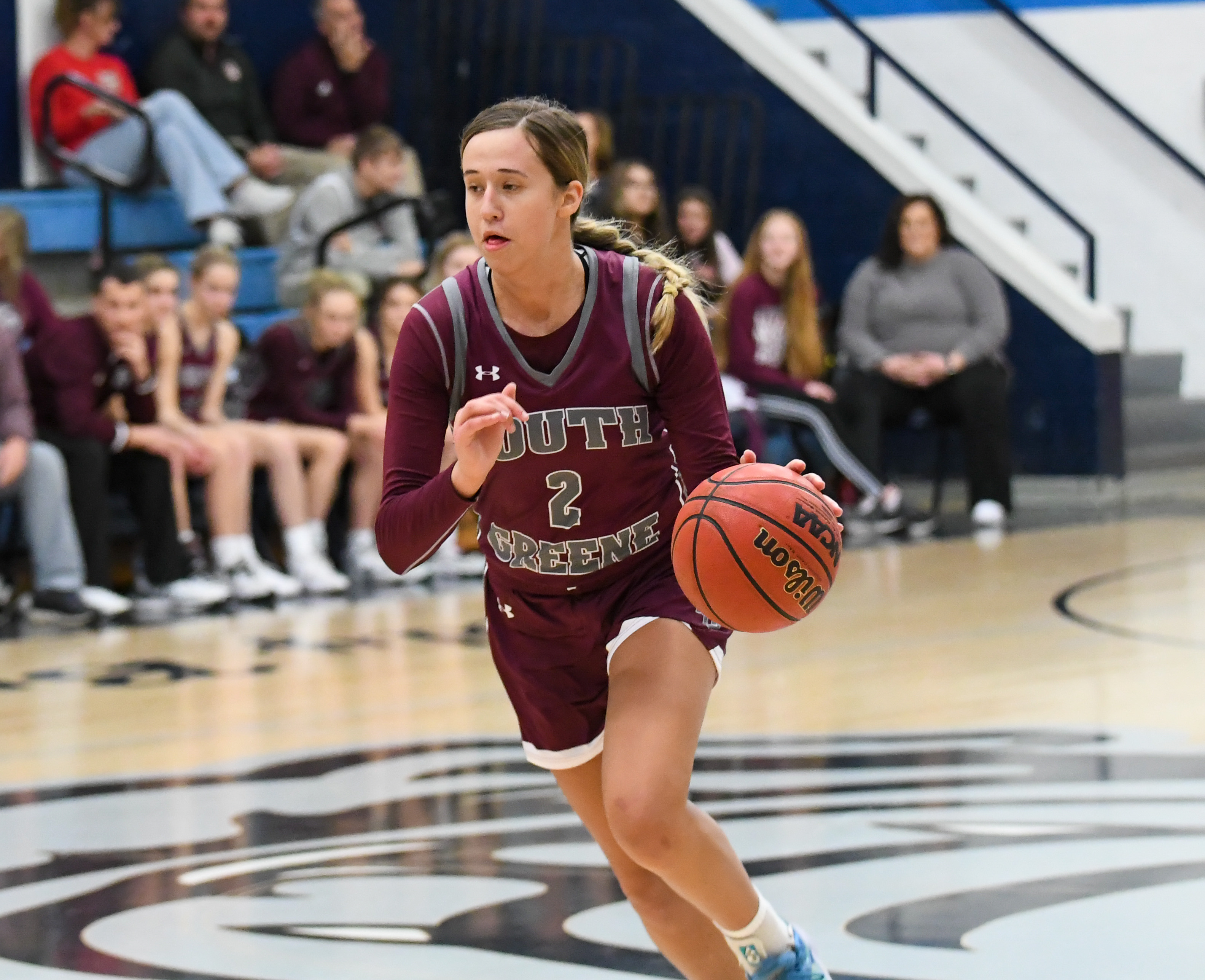 South Greene continued to make a statement within District 1-2A by convincingly knocking off Chuckey-Doak 76-40 on Tuesday night to move into sole possession of first place in the conference standings.

The Lady Rebels knew it was a big game coming into the night with both teams standing at and 3-0 tied for the top spot. To earn their spot at the top alone, they’d have to do it on the road in a loud environment against a much-improved Chuckey-Doak squad.

“Just anytime you end up getting that pressure game off of you when it’s talked about being two undefeated teams. Especially getting it on the road,” Lady Rebels Coach Stephen Gregg stated.

The win serves as South Greene’s fourth in conference play and bumps them up to 4-0 while Chuckey-Doak falls to 3-1.

South Greene burned the nets in the opening 1:14 seconds of the contest with three triples from outside the arc off the hands of Ari Hoese, Madison Hensley, and Jordyn Roderick.

Three minutes in, Faith Yokley got the Lady Knights on the board with two free throws. Saniah Atchison found her stride with five-straight points on a layup and a three-point bomb to help Chuckey-Doak climb back in the game and cut the score to 12-7. Tavyn Southerland downed a left-handed layup to pull them within a one-possession game.

Atchison tied the game at 12-12 with another three-point basket from downtown.

Hensley then sank two free throws at the charity stripe to put South Greene back ahead 14-12 at the end of the first quarter.

“It was really good to see Madison step up. She finally got rid of the face guard. I’ve been telling people it’s restricted her a little bit. Her shooting percentage went up tonight. She distributed the ball really well so it’s good to see Madison coming back around,” Coach Gregg mentioned.

To start the second quarter, Jordyn Roderick got two shots to fall in the paint but Chuckey-Doak stayed hot on their heels with a layup from Taliah Johnson and a long two-point bucket from Courtnee Jones.

The Lady Rebels were able to extend their lead to 27-20 after three free throws from Kortnei Bailey and another trey from Roderick.

Madison Hensley raised the score with a three-point bucket and Jordyn Roderick gave South Greene their biggest lead yet at 36-20 with a layup inside.

Roderick flirted with a near triple-double gaining 8 steals and grabbing 10 rebounds to go along with her team leading 22 points.

Faith Yokley stopped the run with a bank shot off the glass, but Ryleigh Gregg came right down the floor to strip the net for a triple. Hayleigh Taylor added a layup for the last field goal of the half.

South Greene bumped their lead up to a comfortable 39-24 advantage going into the break.

Gregg and Hensley got the ball rolling in the third quarter with two early buckets to set the pace.

okley was the one to break all of Chuckey-Doak’s scoring droughts with a layup three minutes into the third. Kennedy Brown laid one off the glass next.

Layups kept falling left and right for South Greene in the third period. Madison Hensley got three to fall including a euro-step through the lane. Roderick and Gregg also put two off the glass and through the hoop.

The Lady Rebs controlled a 63-32 lead going into the fourth.

Gregg fired away from beyond the arc and drained a three-point bucket to start the final eight.

Gregg and Hensley bucketed one more three-pointer each before exiting the game once running clock started.

South Greene cruised to a 76-40 victory to stake their claim as the top team in the conference in dominating fashion.

“South Greene’s a tough place to play and we told the girls if we could win all these on the road, we make it easier for ourselves the second time around,” Gregg said.

Hensley and Roderick each led the way with a game-high 22 points. Gregg poured in 18 points to go along with the 20-point duo.

Saniah Atchison scored all eight of her points in the first quarter and led the Lady Knights in scoring. Although Chuckey-Doak only produced 40 points, they still found a way to have ten different scorers contribute.

South Greene packs up for another road game on Friday night against the Grainger Lady Grizzlies. Chuckey-Doak ends the week with another key conference matchup at home against West Greene.