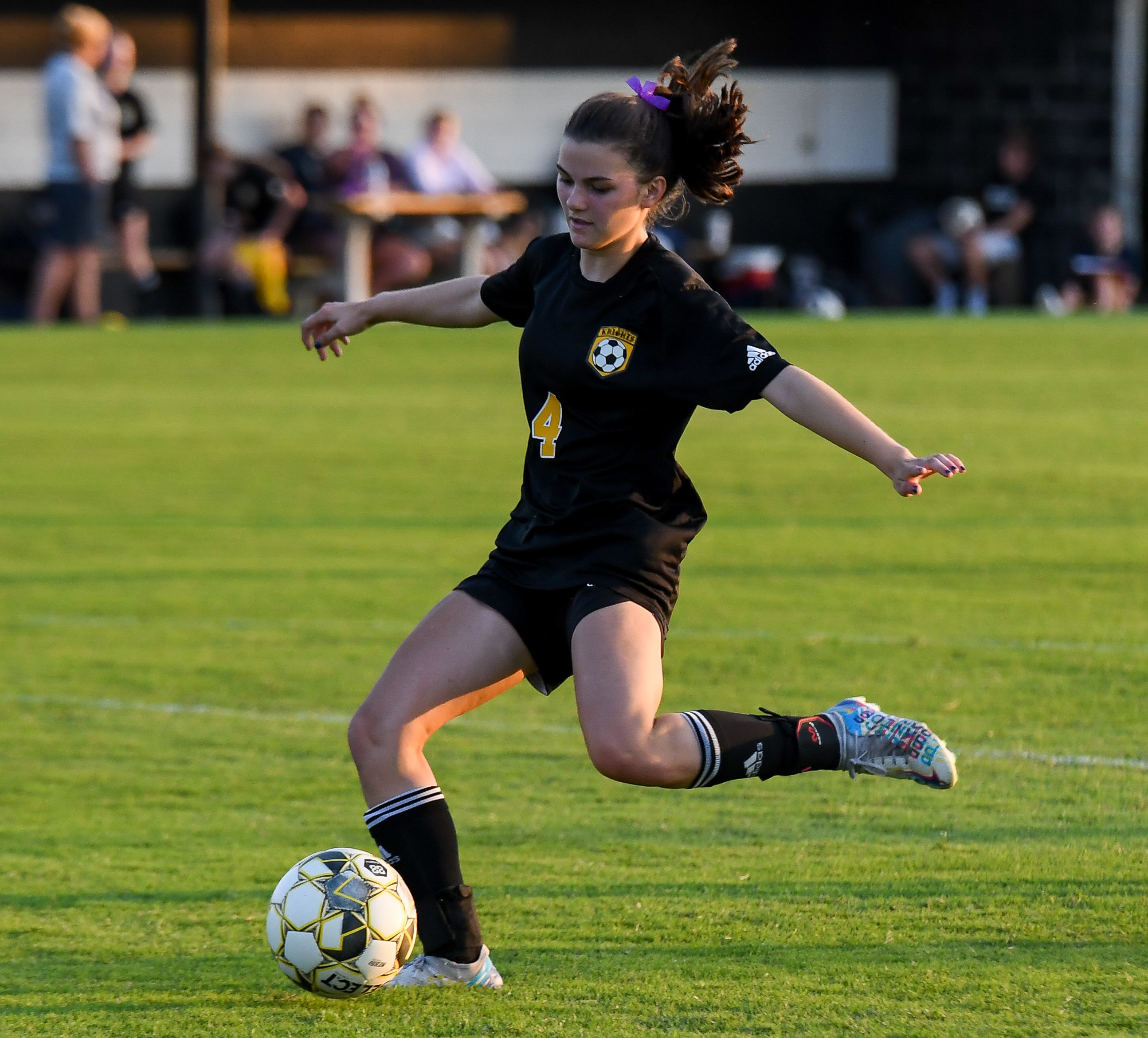 The Chuckey-Doak soccer team delivered a full team effort with nine different goal scorers and seven different players contributing with assists in a 10-0 victory over West Greene on Tuesday night.

“I think it was a full team effort,” Coach Anna Ricker said. “With that many girls going into the books with goals and seven more with assists. That’s awesome.”

Bailea Gilland struck first for Chuckey-Doak in the third minute to crack open the game. A smooth kick across her body landed in the back right corner of the net. Tavyn Southerland did the exact same thing shortly after to gain an early 2-0 advantage.

Kylie Malone was next to add her name to the list and pounded a ball past the goalie to push the score to 3-0.

“The adrenaline from last night when we played Providence Academy ran over into this game and that’s why we started scoring so early,” Coach Ricker mentioned.

Gabi Reynolds almost put her name down on the list of Lady Knight goal scorers but a shot that missed to the right of the post would be her closest opportunity of the contest.

Cora Merril marched her way into the box and got off a clean shot that was ultimately blocked by Kandalin Warner in the goal.

Aliah Cambell let a deflected ball roll her way at the top of the box and netted the fourth goal of the afternoon.

Addy Bradley watched her shot sail wide of the goal but redeemed herself shortly after with a strike in the box that would streak into the net to give the Lady Knights a 5-0 advantage.

Chuckey-Doak would go up 6-0 with Hailey Williamson lobbing a ball over Warner’s head, then an own goal would boost the score to 7-0.

Layla Fox, after scoring a hat trick last Tuesday against Grainger, would fall scoreless tonight but became a crucial part on the defensive line in Tuesday’s win. One of her only opportunities to score was blocked and rolled out of bounds before she’d have a chance to regain possession.

Trinity Hengel stood in the perfect position to catch a deflected ball rolling her way and granted herself with a goal off of a deflection.

Faith Rice saved a ball from rolling out and danced through defenders before sending a rocket into the net.

After being denied earlier in the contest, Cora Merril added the final goal of the game before the whistle sounded.

The Lady Knights took care of business and finished off the Lady Buffs by the score of 10-0 on Tuesday night. The contest was ended at the halftime whistle due to mercy rule.