Lady Knights Share The Wealth In 7-0 Win Over Volunteer 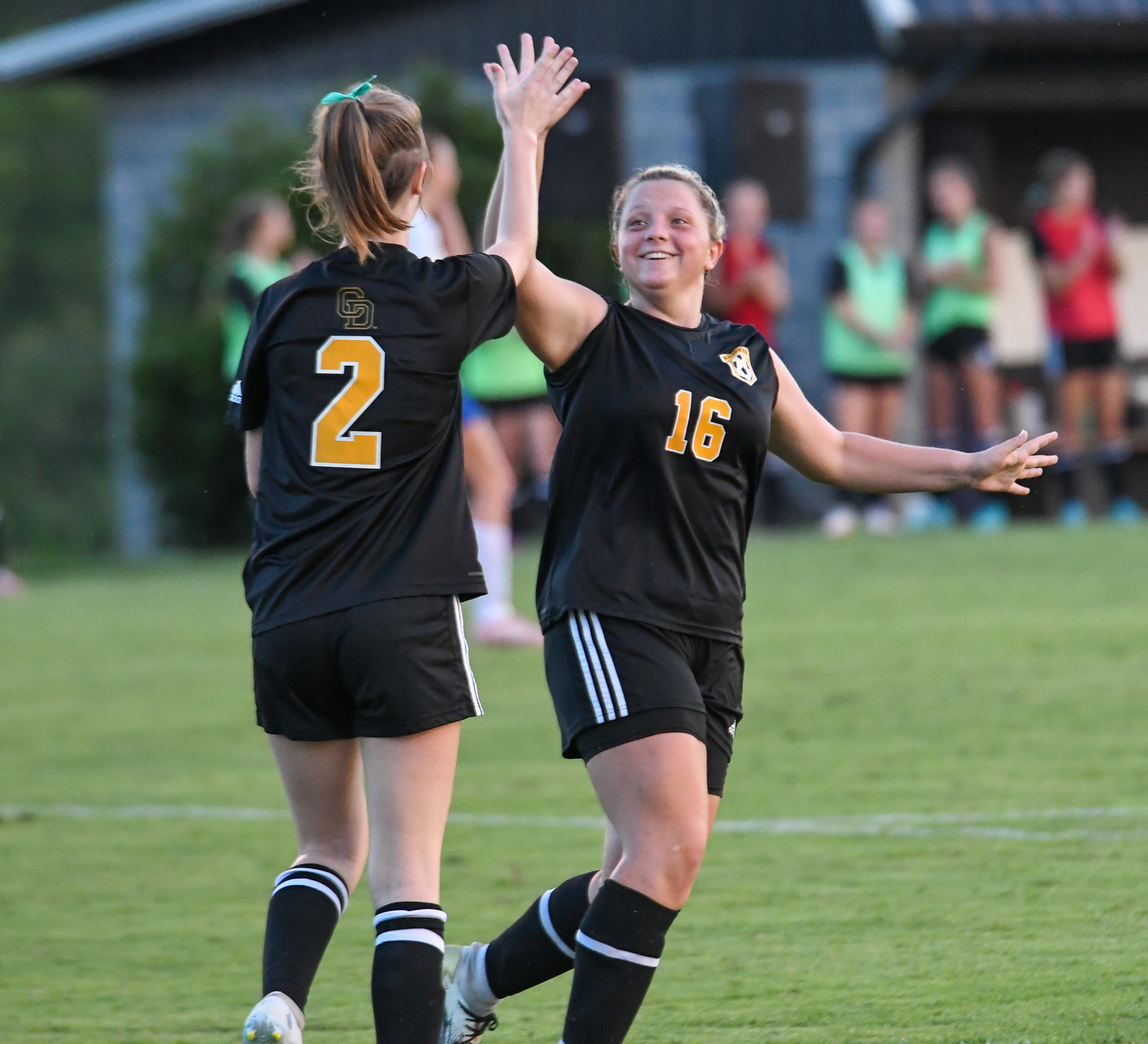 Lady Knights Share The Wealth In 7-0 Win Over Volunteer

The Chuckey-Doak soccer team made it look easy on Monday evening as it spread the ball around with precise passing on the way to a 7-0 win over Volunteer.

“I felt like once we scored that first goal we just started rolling,” Chuckey-Doak coach Anna Ricker said. “We scrimmaged them in the preseason and I think it was 3-1, so I think that we are playing much, much better right now. There was a lot of nice passing, that is something we have been working on a lot. We have been working on that unselfishness to get a better shot, and that was phenomenal at times tonight.”

The Lady Black Knights wasted little time taking the lead, and in the fifth minute it was Bailea Gilland who knocked in the opening goal. She took possession 40 yards from the frame and made a run up the right side. As she made her way into the box she fired from 10 yards and keeper Elana Horne had no chance to stop the rocket.

Gilland’s goal was followed by a flurry of strikes at the target, but none of them could beat Horne, that was until the 19th minute.

This time Kylie Malone pulled up from 30 yards and launched a shot inside the right post that gave Chuckey-Doak a 2-0 lead.

On the day five different Chuckey-Doak players found the back of the net with Gilland and Malone each scoring twice.

“I just love the fact that the defense doesn’t know who to mark, if you pick one then someone else is going to score,” Ricker said. “We’re going spread the ball around. We’re not going to have anyone score 42 goals like Marci (Merrill) did last year. But hopefully by spreading the ball around we can score more than that as a group.”

In the 21st minute Chuckey-Doak dizzied the Lady Falcons with their passing and stretched the lead to 3-0. Layla Fox started the play with a run up the right side of the formation. As she made her way into the box Fox slipped a pass to Gilland who waiting at the top of the 18. Gilland quickly followed with a pass to Aliah Campbell in front of the frame who pounded the ball home.

That was all of the scoring for the first half, but behind the defense of Niome Merrill, Kalee Delotto, Hope Rice and Liliana Jimenez Volunteer had almost no chances to break up the shutout. Keeper Kylie Askew only touched the ball three times on Monday, two of those stopped shots and just one of those shots had a realistic chance at scoring.

“The communication on the back was great,” Ricker said. “Niome is doing a great job as our sweeper back there. They trust her, and she saves us 1,000 times during a game. These girls are communicating much better this year, and they trust each other.”

The Lady Knights picked up the scoring again in the 48th minute. Tavyn Southerland started the play by pushing a pass to Gilland coming down the endline on the right side of the frame. Gilland then found Faith Rice through traffic and Rice got behind Honre before tapping the ball inside the left post.

In the 52nd minute Faith Rice took possession back from the Lady Falcons’ backline and quickly moved the ball to Gilland. Gillland worked across the top of the box from left to right until she found an opening to fire the ball back the left post for a 5-0 lead.

In the 74th minute Merrill swiped possession on Volunteer’s attacking end of the field and launched a long pass ahead to Fox who got ahead of the Lady Falcons’ defense. Fox moved into the box and beat the keeper one-on-one for a 6-0 advantage.

Malone completed the scoring in the 79th minute when she took a cross from Gilland and snuck a shot just under the cross bar.

In addition to her two goals Gilland had three assists on Monday.