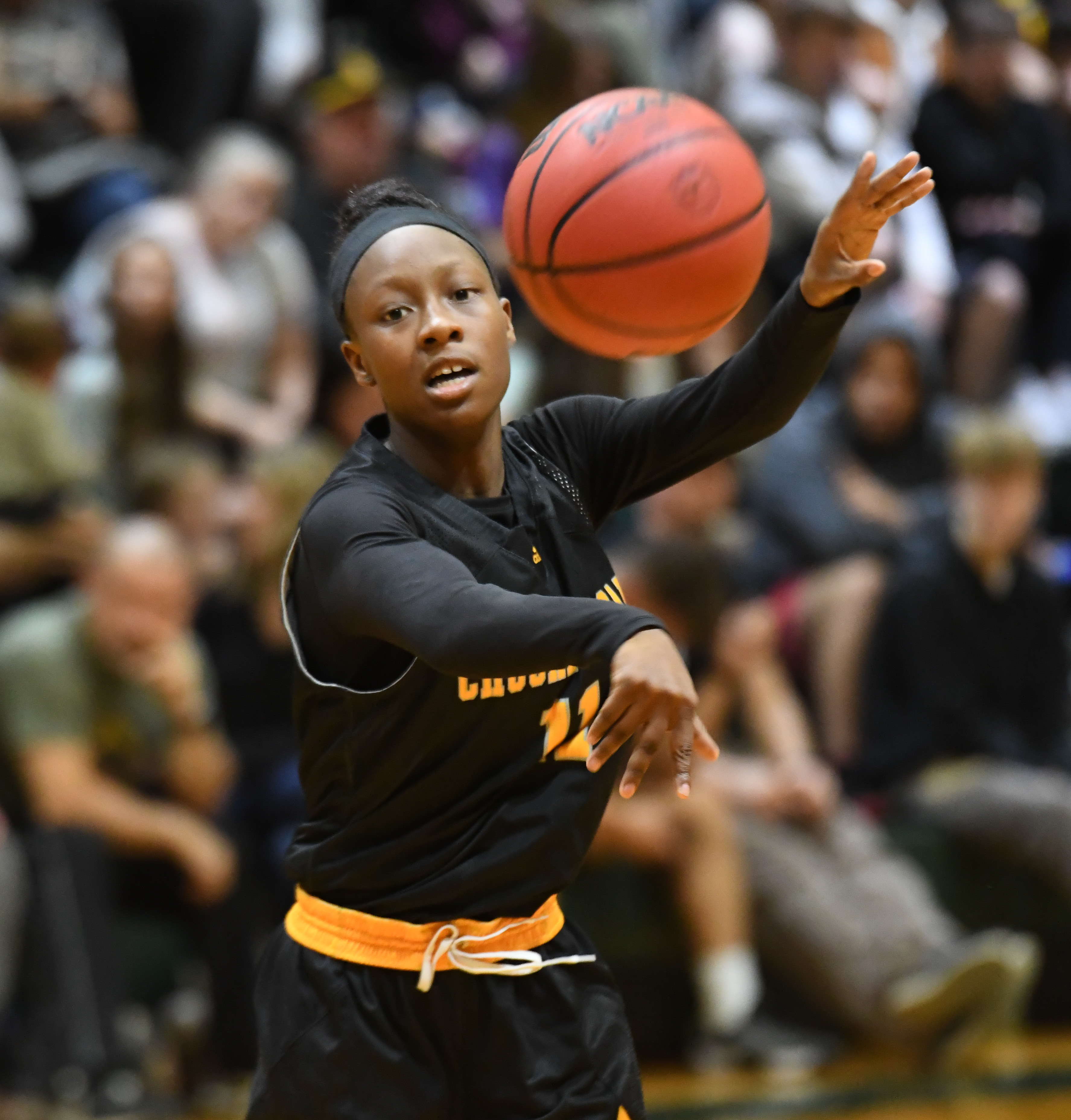 Overtime had to decide the final outcome, but the Chuckey-Doak girls overcame a 14-point deficit in the final four minutes of play to defeat Cherokee 56-55 with heroics from Saniah Atchison and Kennedy Brown.

“Our team mantra is fight,” Chuckey-Doak Head Coach Kyle Donahue stated. “We kept fighting. We found a lineup that just dogged them and sped them up. We kept battling until we hit big shot after big shot.”

Both players led Chuckey-Doak in the scoring column as Atchison scored a team-high 19 points with five three-pointers and Brown added 13 points with clutch free throw shooting down the stretch.

Atchison’s biggest three-point make came with only seconds left in regulation to tie the game and send things into overtime. The extra period was slow in scoring with only two field goals made, but the one that counted the most was an and-one play from Kennedy Brown that tied the score. The free throw after would fall through the hoop and prove to be the game deciding point.

The Lady Chiefs started out strong and mounted a quick 8-2 lead to open up the game. From there on they wouldn’t trail until the overtime period as the Lady Knights would have to claw their way from behind all night.

Hayleigh Hensley scored a layup as Chuckey-Doak’s only two points through the first six minutes of action.

Atchison broke the scoring drought with a layup through contact with 1:27 left in the quarter but Cherokee led 10-4 after the first.

Atchison was a difference maker all night and splashed a triple from outside the arc then stole a pass that turned into an assist to Brown to cut the lead down to one point.

The bank was open after business hours for Atchison with a three-point shot off the glass. Cherokee's Macy McDavid returned fire with a three of her own on the other end.

Cherokee held a modest 21-15 lead at the break.

Another three-point basket from the Lady Indians came from the hands of Emma Mowell to start the second half.

Hayleigh Taylor sank a baseline jumper on a fast break before Mowell drained another three-ball.

Atchison used the glass again to bank in her third three-point make of the night. The back-and-forth scoring continued with Taliah Johnson dialing up a three-pointer from long range for Chuckey-Doak.

Olivia Sanders added a quick bucket for Cherokee. Ava Morgan then stole a pass and sprinted down to the other end for a layup to extend their lead to double digits.

The Lady Black Knights finished the third strong with a 7-0 run. Addyson Ripley banked in a shot in the paint, Johnson and Brown added three free throws, and Taylor beat the press defense for a wide-open layup to cap off the run.

Three-point plays were prominent for Cherokee through the opening minutes of the fourth.

The Lady Knights never gave up and never quit, showing the resiliency that they’ve put on display through their young season.

Courtnee Jones made a long two-point bucket to start the comeback. Atchison landed another three-pointer off the glass and stole a pass on defense that turned into two more points when she hit Johnson for a layup. Jones spotted up for another long mid-range jumper to make the score 50-42.

Free throw shooting would be key down the stretch for Chuckey-Doak. Brown made the first of her two attempts at the charity stripe and rebounded her own miss on the second. She’d go back up strong and counted the bucket with a foul for a chance at a three-point play. The extra attempt at the line would fall through the net.

Brown did the same as before and went to the line to make 1-of-2. Atchison grabbed the rebound and was fouled. Although she missed both of her attempts at the line, the ball would find its way back into her hands and she’d draw another foul for a chance at redemption.

She missed the first or two attempts, but got the second one to fall to cut the score down to two points at 50-48.

On the other Emma Mowell had a chance to seal the game at the line, but only made one free throw attempt and left the door open for Chuckey-Doak.

That’s when Saniah Atchison stepped back behind the line and created enough space to get off a clean look and bury a three-pointer to send the game into overtime tied at 51-51.

“It’s huge. To be a sophomore, she’s kind of been through the fires last year, and she came in the fourth quarter ready to play,” Coach Donahue mentioned. “She just kept battling.”

Bella Markham added a layup to open up the overtime period and it would be Cherokee’s only made field goal in overtime.

Kennedy Brown’s free throws were huge in helping Chuckey-Doak come from behind late in the fourth. The Lady Knights hasn’t scored a basket yet in overtime until she drove through the lane and got a layup to fall through hard contact to tie the game at 55-55.

The luckiest of bounces helped seal the deal in the end with Brown’s free throw clanking off the back iron and bounced straight up and through to give Chuckey-Doak their first lead of the game.

Kodi Henson was fouled with only six seconds remaining on the clock and had a chance to tie or take the lead for the Lady Indians. She’d miss both attempts at the line and the Lady Black Knights ran out the rest of the clock in a thrilling finish to pull off the come-from-behind overtime victory 56-55.

“Our resiliency and our fight and our grit showed itself in that fourth quarter and overtime and I couldn’t be more proud,” Donahue said.

Coach Donahue also bragged on the home crowd for bringing the energy needed to help Chuckey-Doak complete their comeback.

He mentioned, “Our home crowd was huge. They showed up and helped us win and we couldn’t be more thankful for our awesome crowd as well.”

Atchison led Chuckey-Doak with 19 points and Brown added 13 points with seven of those coming from the free throw line.