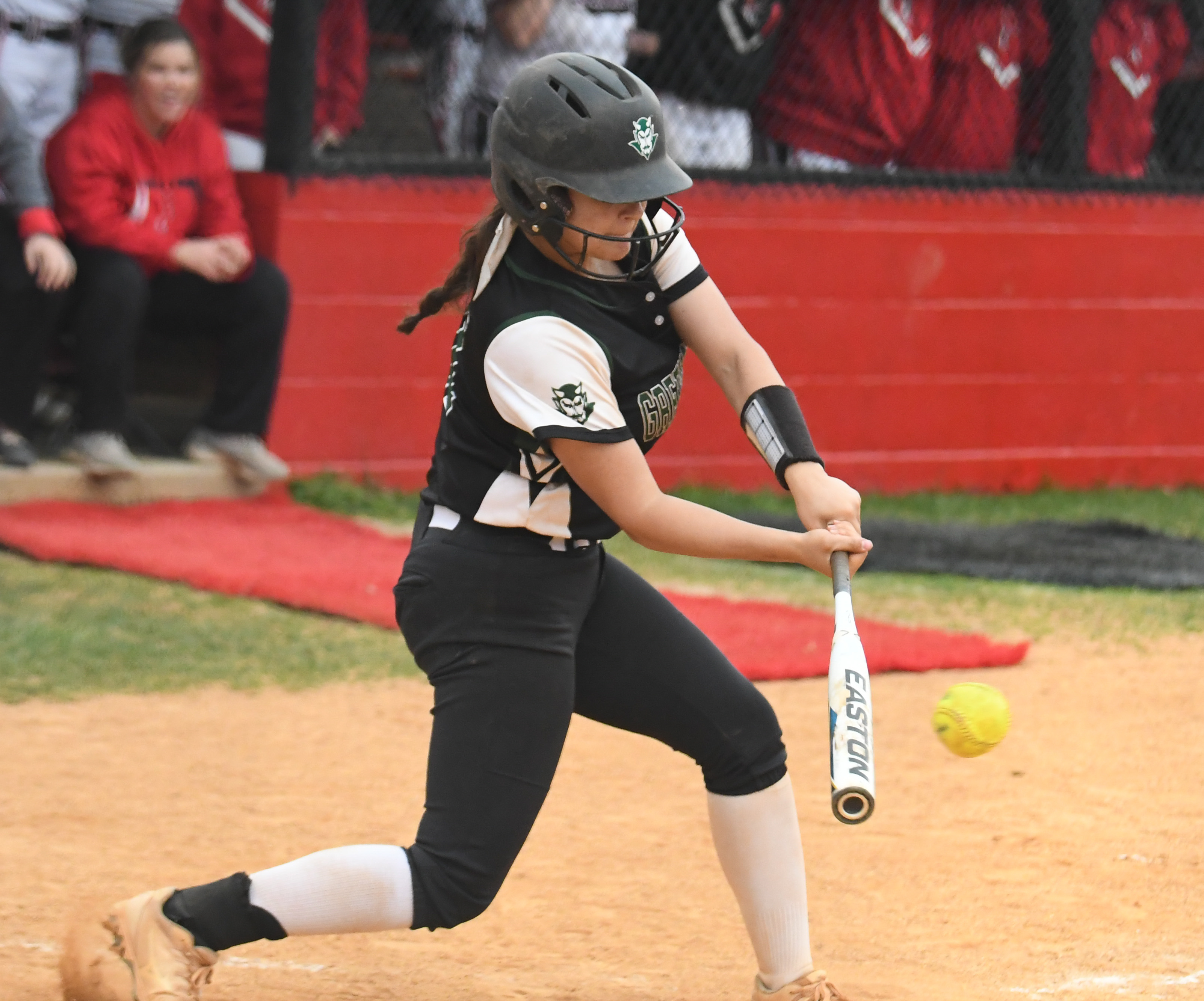 Greeneville pitcher Kaley Bradley kept North Greene off balance all night long and the offense pulled away late to give the Lady Devils an 11-1 win during a trip to North Greene.

The Lady Devils got things going in the top half of the first inning when Bradley from her leadoff spot singled to right and scored when Ansley Collins was safe on a error to quickly make the score 1-0.

It looked like North Greene pitcher Cambell Gaby might be able to get out of the inning without any more damage when she struck out Ella Moore and Ashlyn Rachon, both looking, but Laicy Darnell came up with a two out RBI single to left to make the score 2-0 midway through the first.

In the top of the third the Lady Devils scored two unearned runs, Collins grounded out to start the inning then Moore reached on an error. Rachon flied out to left before back to back RBI doubles by Darnell and Lauren Million put the Lady Devils up 4-0.

The Lady Huskies would go down in order for the third consecutive inning.

The fourth inning saw Kyla Jobe hit a solid shot to center that she hustled into a double and scored on Collins’ RBI double to right.

North Greene wasn't able to mount a threat the remainder of the game as Bradley was able to keep them off balance with some “great pitches".

Bradley allowed only one run on three hits while striking out eight to pick up the win.

North Greene Coach Danny Weems said, "It was a competitive game for about five innings, and then they started hitting the ball “.

The Lady Devils added six runs in the top of the seventh to put the game out of reach, highlighted by back to back dingers by Darnell and Million for the final of 11-1. Gaby struck out 10 in a losing effort for the Lady Huskies.

At the plate Darnell went 4-for-4 for Greenville with a home run, double and three RBIs. Collins was 3-for-4 with three doubles and two RBIs. Million and Jobe each had two including a double a piece.