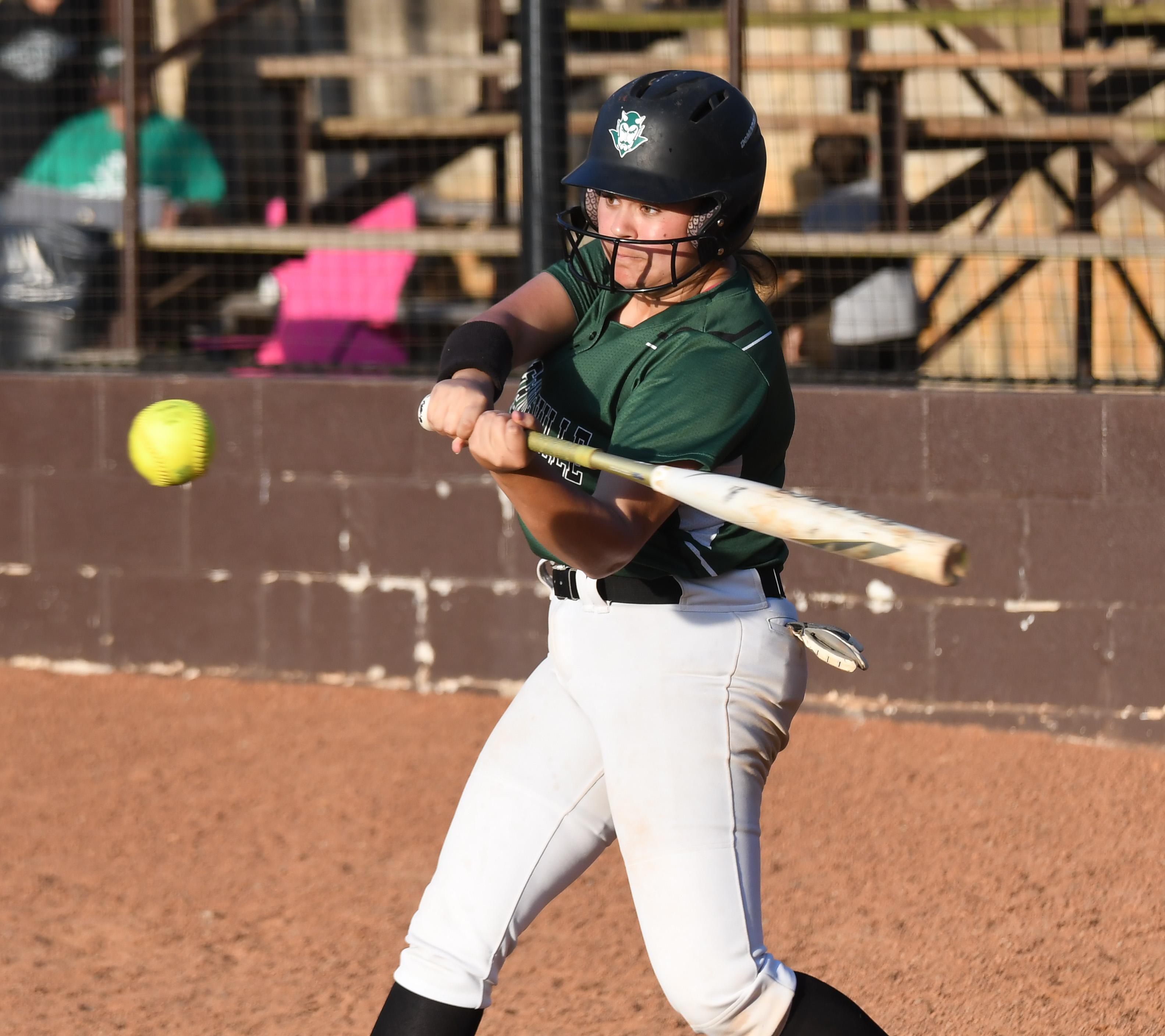 South Greene jumped in front early, but after two innings Greeneville settled in and began to rally before finally taking the lead in the seventh inning in a 5-4 win on Thursday.

With one out in the top of the seventh Ella Moore stepped to the plate and promptly sent a long home run over the left field fence to put Greeneville in front for the first time since the first inning.

"I was just trying to get a base hit, cause I hadn’t had a base hit all game," Moore said. "I was just wanting a line drive somewhere in the gap and this feels good, I didn’t want to lose that game”.

Leah Phillips then sat down the Lady Rebels down in order in the botom of the frame To complete the Lady Devils' comeback.

Greeneville's leadoff hitter Kaley Bradley got the game started with a double to left-center and came around to score on Lydia Darnell’s RBI double that gave the Lady Devils a 1-0 lead midway through the first inning.

Whitney Casteel singled to left to start the bottom half of the first inning then Evie Rader singled to right. Anna Willett followed by hitting a long single to center that scored Casteel to tie the score at 1-1.

Allie Penley then stepped to the plate and delivered a three run shot over centerfield fence that put the Lady Rebels up 4-1.

Greeneville coach Jenna Restivo was not enjoying what see was seeing and came out to talk to the team telling them, "I’m not happy with the effort and it needs to be better. We need to get better and back our pitcher up”.

That little talk must have done the trick as Phillips got the next two batters to end the first, in fact she only allowed two more hits the rest of the game.

The Lady Devils inched a little closer when Bradley led off the top of the third inning with a solo shot to left-center.

Ansley Collins followed with a walk then moved to second with a groundout by Darnell. Another groundout by Ella Moore moved Collins to third and Collins scored on Ashlyn Rachon’s sharp single to left. The Lady Rebels were unable to score in the bottom half and the score was 4-3 after three innings.

Neither team scored in the fourth, but the Lady Devils came up with a run in the top of the fifth when Lydia Darnell hit a dinger over the centerfield fence to tie the game at 4-4.

The Lady Devils threatened it the sixth when Madison Carpenter singled just out the reach of the shortstop. Kyla Jobe followed with a single to centerfield. Bradley flied out to right but Carpenter moved to third, but the threat ended with a fly by Collins.

In the bottom part of the sixth the Lady Rebels got a runner in scoring position when Katie Willett singled to center and went to second on a wild pitch. Kaylee Whitson bunted Willett to third. Hanna Penley hit a looping line drive to right but a shoe-top catch by Jobe saved a run.