Lady Devils Hope To Learn From Tough Weekend In Gatlinburg 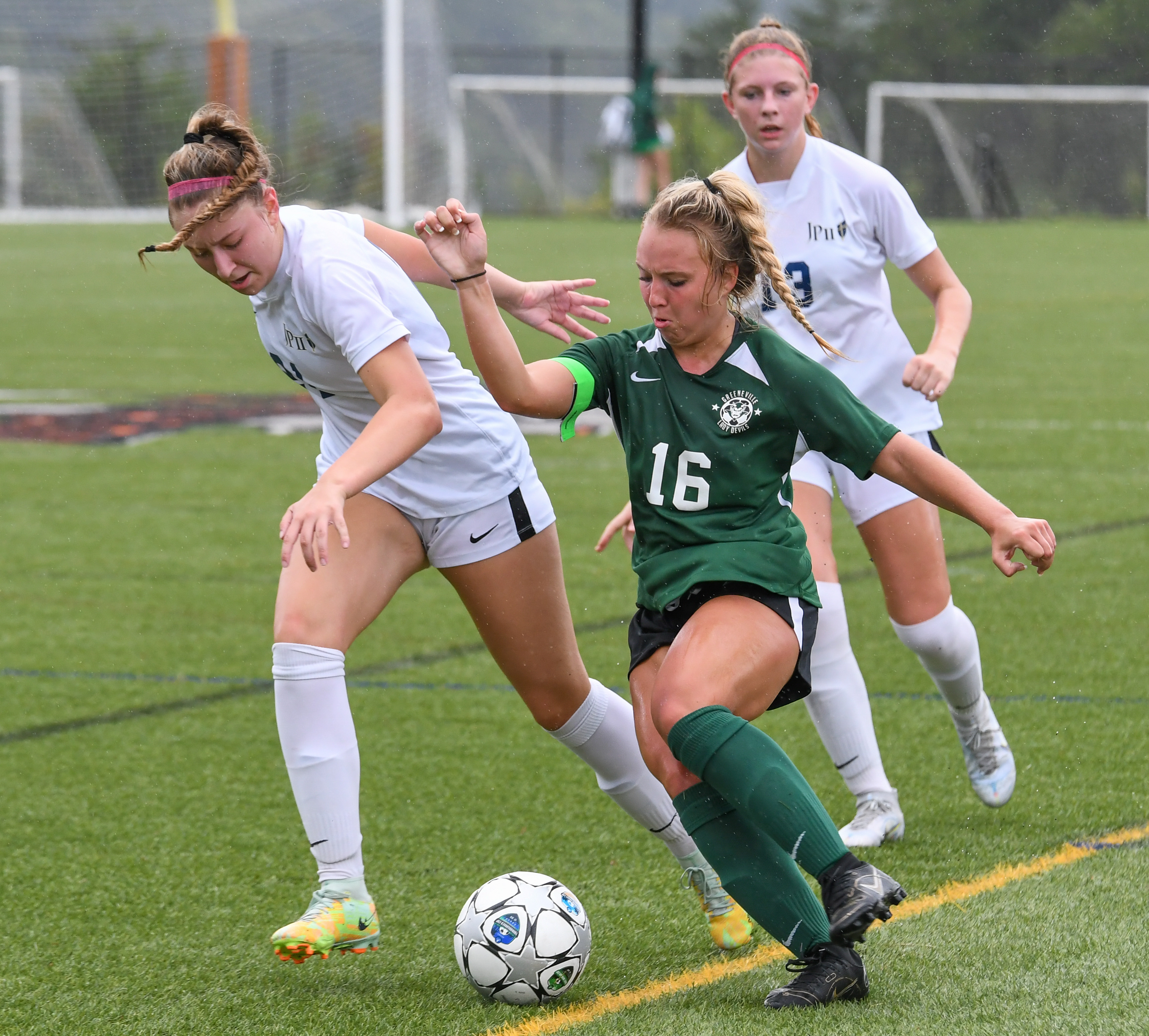 Lady Devils Hope To Learn From Tough Weekend In Gatlinburg

GATLINBURG – The Greeneville soccer team is hopeful that it got better over the weekend as it challenged itself against some top level competition at the Smoky Mountain Cup in Gatlinburg.

The Lady Devils wrapped up the tournament on Sunday with a heartbreaking 2-1 loss to Pope John Paul II.

“Obviously we would love to come down here and win playing the top bracket, but we felt like we got better as a team,” Greeneville coach Jerry Graham said. “Our depth has gotten better. We have gotten some girls some quality minutes against quality competition. We have grown while we were down here.”

The difference making goal on Sunday came with 35 seconds left after the teams had played deadlocked for 60 minutes.

The play started with Aubree Franklin sending a corner kick into the box that Greeneville keeper Lily Evatt knocked away. The ball bounced around and made it to Allie Rice at the top of the box where she curled a shot into the upper right corner of the frame for the 2-1 advantage.

“That’s one of those things that if it happened with 10 minutes left it leaves a sour taste, but it’s worse when it comes in the last 35 seconds,” Graham said. “It’s tough because these girls left everything out there and we wanted leave with a positive win over a very good Pope John Paul team.”

The scoring started in the seventh minute when Pope John Paul II’s Cruz Grinolds took the first shot of the day from outside the box and dropped it under the cross bar out of the reach of Evatt.

Greeneville senior Annemarie Konieczny was able to knot things at 1-1 in the 19th minute. She regained possession from the Lady Knights and put two touches on the ball to get near the top of the 18-yard box. Konieczny then launched the ball from the right side and snuck it inside the left post.

Playing their third game in three days the Lady Devils were down a few players on Sunday due to injuries and had other girls playing out of position, but Graham was pleased with the effort he got out of his squad.

“Playing here gives us tournament experience,” Graham said. “You learn to deal with the quick turnaround. Hopefully this is something we can draw back on when we get to the postseason. We have played some really quality competition over these three days. We have even had girls playing out of position, and that throws the chemistry off. But, man, we have had some girls step up this weekend.”

Greeneville did have several opportunities to take the lead over the final 60 minutes, but none of them got past the keeper.

In the 22nd minute Konieczny sent in a corner kick that resulted in shot attempts from Gabi Stayton and Anna Shaw, but both were turned away.

Then in the 25th minute Kendyl Foshie made a great run up the right side and sent a beautiful cross to Tanna Bookhamer, but PJII keeper Nancy Flippo made a tough save.

Over the final 10 minutes of the first half Greenville was awarded three corner kicks but none of them created an attempt on the goal.

The second half got started with Foshie and Shaw combing on a dangerous run up the right side. At the edge of the box Shaw tried to send a pass to Bookhammer making a run right at the frame but Franklin stepped in and got rid of the danger.

In the 47th minute Shaw looked like she had the go ahead goal when she broke free and fired from the six-yard box, but at the last moment defender Ryan Cambron slid in front to knock the ball away.

Greeneville’s next dangerous chance was in the 73rd minute. Shaw brought the ball up the right side and sent a pass to Konieczny at the top of the box. Konieczny then sent it back to Shaw as she darted back into the box. She sent a good look at the right post, but Flippo made a diving save to keep the game tied.

In its other games at the Smoky Mountain Cup Greeneville fell to Oakland 3-0 on Friday and fell to Greenwood, Ky. 4-2 on Saturday.