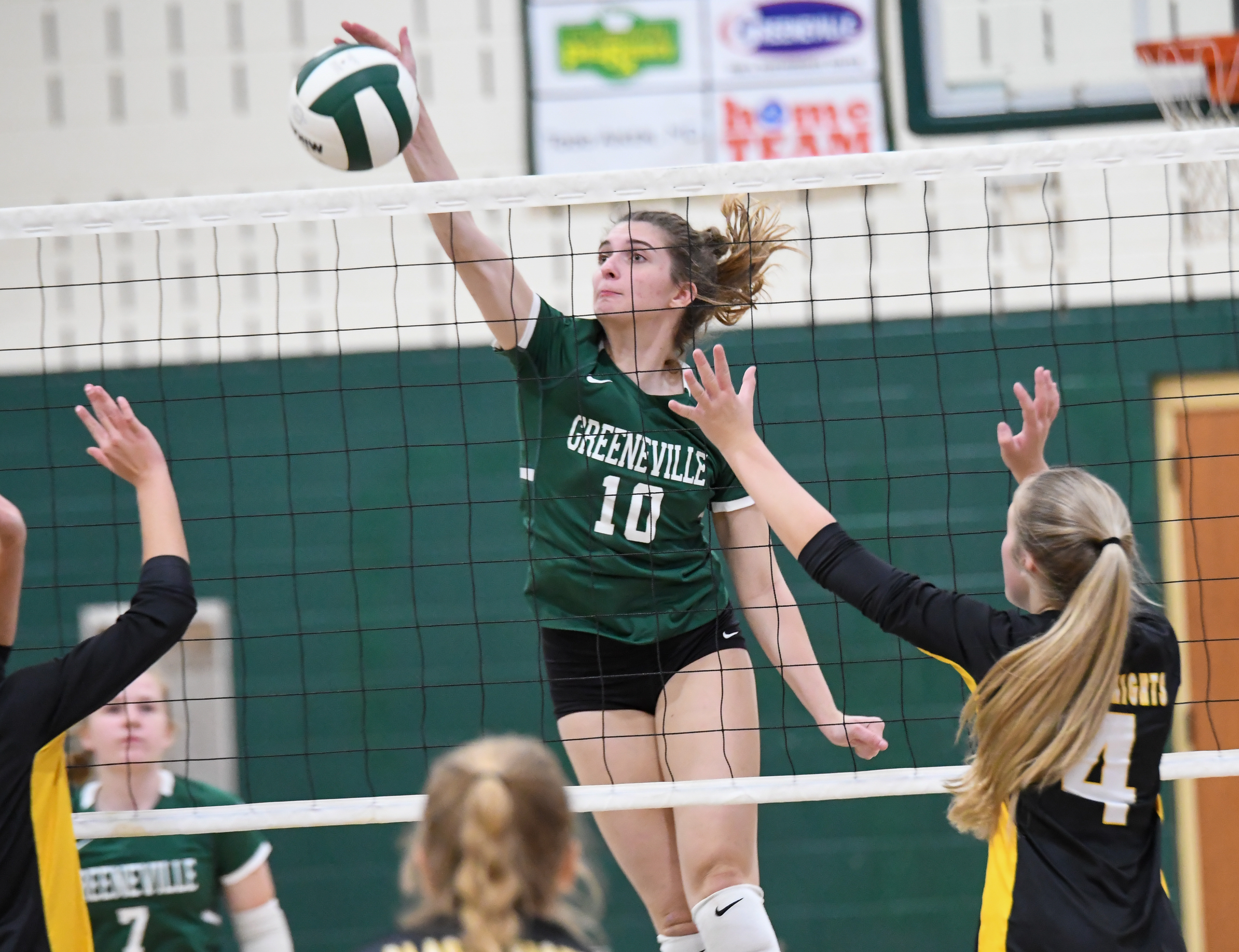 The Greeneville volleyball team had to dig out of a deep hole in the second set on Tuesday evening, but once they managed to get in front of Chuckey-Doak the Lady Devils never looked back on the way to a 3-0 sweep, 25-14, 25-23-25-11.

“We’re not playing where we want to be playing right now, but it was good to see them not giving up, to keep fighting,” Greeneville coach Sara Aiken said. “They didn’t let the set just be over, and they pushed through. That is something they are capable of doing, but I’m most proud that they chose to do that.”

The second set started with Addy Pruitt serving the Chuckey-Doak out to an 8-0 lead. She put down four aces in the run while Greeneville put three kill attempts into the net.

From that point the two teams began to trade points as Macy Cox and Kendra Key put down kills for the Lady Knights, and Alesha Pace and Hannah Gray landed swings for the Lady Devils. An ace by Heidi Buch had Chuckey-Doak in front 19-10, but Greeneville refused to drop the set.

Pace and Chloe Marsh started the comeback with kills, and after Lauren Bailey pushed a ball deep to the end line the Lady Devils had closed the gap to 20-15.

Bailey then ended the set with an ace that gave Greeneville a 25-23 win.

“I hope it was their pride that flipped a switch,” Aiken said. “When they are not doing the little things the results show that, and they should feel like they have to work harder. I hope they realize that they need to focus in and do those little things.”

Chuckey-Doak made the first run of the third set, and after a kill by Buch they led 5-1.

Bailey then seemed to spring to life for Greeneville and hammered three kills in a four-point run as the Lady Devils swung in front 9-7.

“Lauren stepping up was big,” Aiken said. “It’s very important that she stays aggressive even when we are down. We had a lot of hitting errors and swings into the net tonight, and that seemed to weigh on us. But she stayed aggressive and that made a big difference. Then anytime you have a middle that is threatening like that it opens things up for everybody else.”

The Lady Black Knights broke the run, but the Bailey got Greeneville going again when she flew across the net from the left side and pounded down a pass from Eden Aiken. She followed that by scoring on a pair of tips and Marsh dropped down another tip to put Greeneville in front 15-8.

That lead grew to 20-9 after a good run by Bailey at the service line.

Greeneville scored the final five points of the set with Aiken dropping in two aces for a 25-11 win.

The evening started with Greeneville earning a 25-14 win in the first set.

The Lady Devils took their first lead at 3-2 on a kill from Bella Devoti. Devoti and Pace combined to block Key for a 6-2 lead, and Lanna Click scored on an ace to give Greeneville a 9-3 lead.

Chuckey-Doak made a brief run that included two kills from Buch and another from Faith Yokley to narrow the margin to 11-8.

Then two first-hit kills from Pace and a tip by Marsh had Greeneville back in front 15-8.

With Pruitt at the service line Chuckey-Doak got within five points at 18-13, but Greeneville finished the set on a 7-1 run that saw Marsh, Bailey and Devoti all connect on kills.