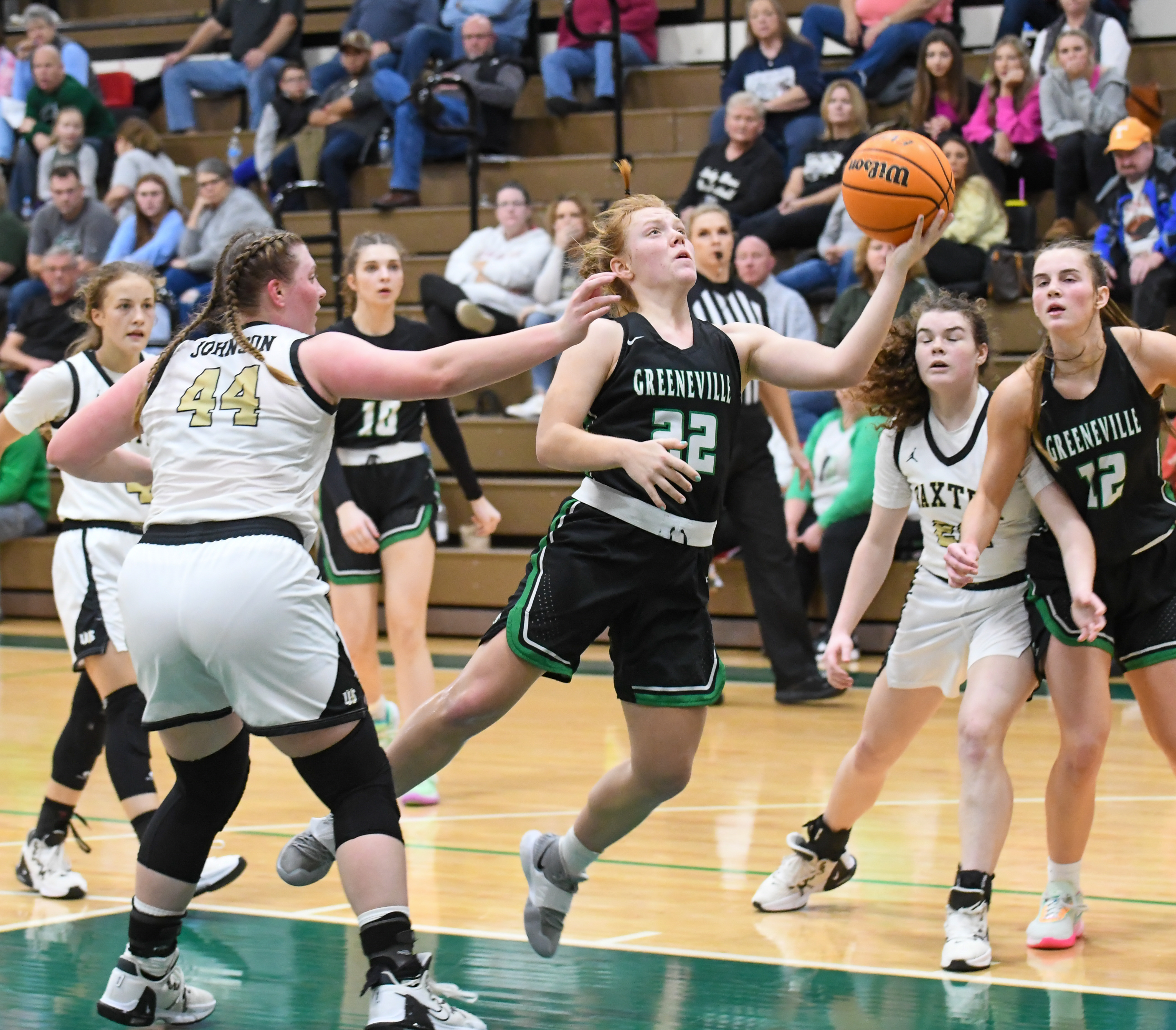 A slow start on Saturday afternoon was too much for Greeneville to overcome as it was never able to catch up with Upperman in a 53-38 loss in the third-place game of the Andrew Johnson Bank Ladies Classic.

The loss brought an end to the tournament for the Lady Devils with a fourth-place finish and coach Annette Watts hopes her team learned some things over the course of the week playing top level competition.

“We need to learn that our toughness has to improve, and we have to do what Greeneville does,” Watts said. “There were things today and yesterday that were just not us. To finish in the top four of a tough tournament like this you should not be too upset, but with five seniors I am upset.”

Saturday’s action started with Upperman, the defending Class 3A state champion, jumping out to a 14-5 lead. Inside Lady Bees’ post Abigail Johnson put in six points while Bella Stiles and Jayla Cobb each connected from behind the arc.

Two free throws by Greeneville’s Chloe Marsh broke up the Lady Bees’ run, but they followed with a triple from Taylor Dolente and four points from Gracie Butler to take a 21-7 advantage into the second quarter.

From that point forward the game was largely evenly played, but the Lady Devils could never dig out of the hole they put themselves in early.

“I don’t understand why the lid was on that bucket,” Watts said. “It’s game four and your legs are dead, and it just felt like one of those things. It’s not a lack of effort, but I think we have to get out of our own heads. We dug such a hole, and we never got going. We couldn’t make shot early, and that just tears us. No matter how much I kept telling them to drive, we kept settling for threes.”

Dolente started the second quarter with a triple for Upperman, but then Greeneville’s defense began to stiffen up and did not allow another point for over five minutes.

On the end of the floor Upperman limited Greeneville’s offense but Anna Shaw and Chloe Marsh were able to put in a quartet of free throws before Marsh put back a miss to close the gap to 24-13.

With 47 seconds left in the first half Tanbryn Ellenburg knocked down a triple to make it 26-16, but Upperman’s Cobb beat the buzzer with a three-pointer to send the Lady Bees’ into halftime leading 29-16.

Through the early portion of the second half the teams traded buckets with Lindy Carter and Ellenburg hitting from deep for the Lady Devils.

The third quarter closed with Upperman going on a 9-2 run. Cobb and Bella Mullins each knocked down three-pointers, while all Greeneville could get was a lay in from Dalaina Martin.

Johnson Stretched the lead to 45-26 just before the buzzer when she powered in a layup.

Upperman’s biggest lead of the night came with 6:30 left in the game when Butler made a free throw to push the advantage to 48-26.

Lauren Bailey drew contact going the other way and made a pair of free throws before Kyla Jobe pulled up for a jumper from the top of the key.

In the closing stretch Anna Shaw broke away for a lay in and Jobe sank a straight away trey to cut Upperman’s lead to 51-38 before the Lady Bees finished with a 53-38 win.

Shaw led Greeneville on Saturday with 12 points and 10 rebounds.

Cobb had 16 points, eight assists and five rebounds for Upperman. Johnson had 11 points and 12 rebounds, and Butler had 11 points.

Greeneville's Carter was named to the tournament's All-County team.