Lady Devils Battle Back, But Fall To Hardin Valley 3-2 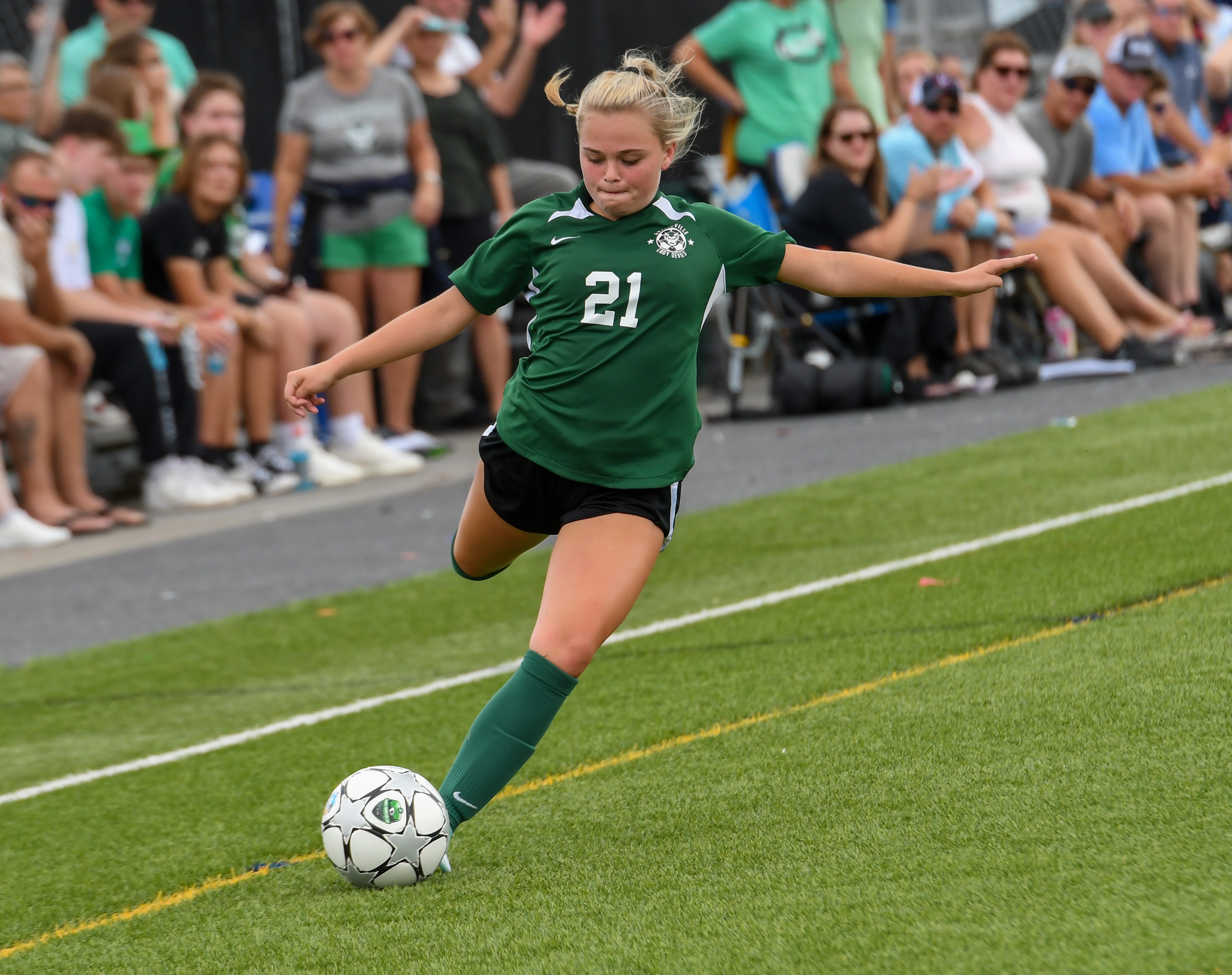 Lady Devils Battle Back, But Fall To Hardin Valley 3-2

Greeneville trailed for most of the contest but fought its way back to tie the score with two minutes to go before an unfortunate break sent them home with a 3-2 loss to Hardin Valley Academy on Thursday afternoon.

“I think it was a tale of two different halves. We came out and didn’t have our best half. We didn’t play a game on Tuesday and haven’t played in a while and I think it kind of showed coming out in the first half. We were a little rusty going up against a quality side,” Lady Devils Coach Jerry Graham stated.

The Lady Devils hoped to draw first blood when Anna Shaw received a pass in the box and had a one-on-one opportunity with only Emma Cooke standing in front of her in the goal. The keeper would step into the path of the shot to make a save.

The Lady Hawks scored early in the sixth minute of action on a corner kick. Reese Wilson used her height to connect on a header and put Hardin Valley ahead 1-0.

Greeneville looked to capitalize on a quick opportunity with Kylee DeWald clearing the ball on defense to Annemarie Konieczny in the midfield. She turned and hit Shaw in stride which led to a close call on offense that did not materialize and turn into any points.

The Lady Devils defense would have their hands full for most of the first half. Abi Kate Moore’s quick reflexes came in handy by poking her foot out and blocking Norah Jacomen’s shot outside of the box. Lily Evatt added a few grass stains to her uniform with a diving save to block Hardin Valley from upping their lead.

Kendyl Foshie had an unfortunate break on offense by landing a shot off the top crossbar.

Hardin Valley added another goal midway through the first half courtesy of Abigail Davis. The midfielder took a deep free kick near midfield and placed it perfectly over Evatt’s head to give her team a stronger hold on the lead.

Molly Hartman and Allie Renner provided great defense in the box to help Greeneville fight off another Lady Hawk run. Hartman would put her foot in the way to deflect a shot leading to Renner clearing it away.

The Lady Devils would head into the half trailing 2-0.

“Once we got down two goals we kind of went away from our game. I’m not saying we were in panic mode, but we started to see a little too many long balls and not playing to our possession, which is when we’re at our best,” Coach Graham said. “I told our girls, regardless of the score let’s try to play our game. Let’s just possess the ball and relax a little bit and show for each other. And for the most part we did that.”

Once play resumed, another great save by Evatt denied Morgan Holloway’s shot from rolling past and into the goal to keep them off the board again.

A controversial foul call on Shaw negated a goal scored by Tanna Bookhamer early in the second half that would’ve given the Lady Devils plenty of momentum for the remainder of the half.

Shaw would try to get the goal back with a quick pull from the top of the key that sailed over the crossbar. Shaw would later pass the ball off to Konieczny who delivered a set up to Matea Gray that wouldn’t amount to any points either.

Evatt lowered herself to stop a potential goal from firing past her and into the net for another great save. Evatt’s hang time in the air would prove beneficial by getting a fingertip on a shot that forced the ball out of play and kept the Lady Devils in the mix.

Coach Graham bragged on his keeper saying, “She had a big night in the goal. Made some pretty nice saves in the back and communicated really well and she crushed the ball on her goal kicks.”

Evatt would contribute offensively too with an assist to Shaw in the 78th minute in the closing moments of the game. A drop kick from the box landed in front of Shaw and set her up to move down the field and poke the ball past the keeper to tie the game at 2-2 with two minutes remaining.

Hardin Valley erased that error on their part by moving down the field quickly and scoring moments later. Norah Jacomen would add the difference maker in the 79th.

The Lady Hawks of Hardin Valley would escape with a 3-2 win in the closing moments to edge out Greeneville.

“In the first half we felt like we came out and had some pretty decent possessions and dangerous opportunities to score in the first 10-15 minutes that we didn’t get to capitalize on. We’ve got to put those in the net. But, the second half was a much better half for us,” Coach Graham said.

Greeneville will travel to Knoxville for their next matchup against CAK on Monday afternoon at 6:00.