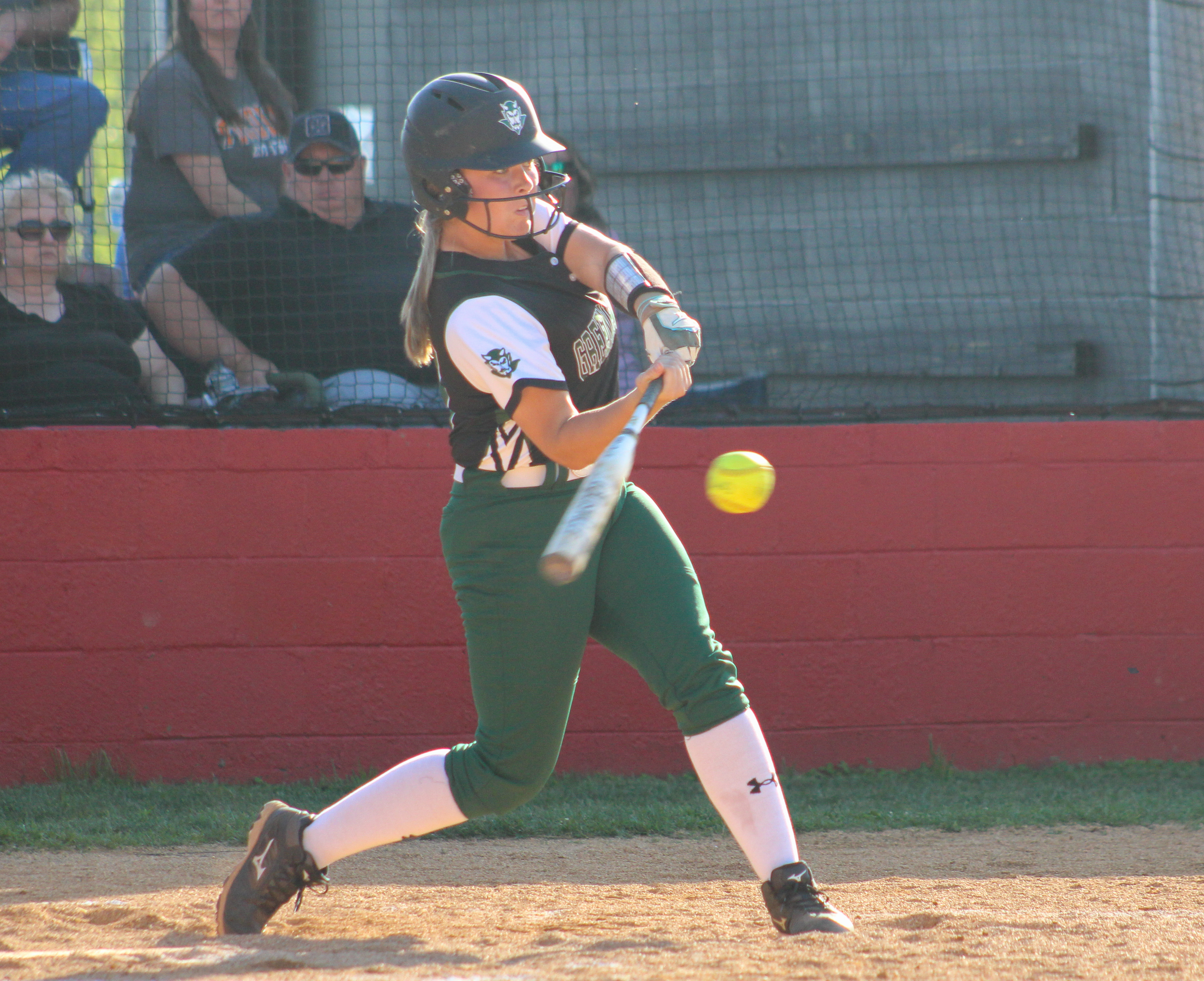 The Greeneville softball team hit the ball all over the park on Tuesday evening to beat Cherokee 12-2 and advance to the District 2-3A championship game.

Greeneville softball Coach Jenna Restivo had a plan to get to the district championship by "hitting the ball hard somewhere in play”.

That strategy didn’t work too well in the first inning, but their bats came alive in the he second inning when Laicy Darnell got the rally started with a single to right field. Lauren Million followed with a single just out of the shortstop's reach then Madison Carpenter scorched a liner off the pitcher's glove to load the bases.

Kyla Jobe lined a single up the middle to score Darnell and Million. Kaley Bradley’s infield single then loaded the bases again.

Ansley Collins joined the hit parade with the Lady Devils sixth consecutive single to score two more run. Collins took second on the throw from the outfield and the lead was 4-0 with only one out and runners at second and third.

Lydia Darnell hit what looked to be a sacrifice fly to right field but a perfect throw was in time to get Bradley at the plate for the double play and end the inning.

The Lady Chiefs, hosting the tournament but the visitors on the scoreboard got a run across in the top of the fourth when Gemma Brooks singled to center and moved to second on a fielder’s choice. Nicole Brodly’s single put runners at the corners. Haley Virgil’s hit to right scored Brooks but Brodly was out at the plate to end the inning.

In the bottom half of the fourth Carpenter was safe on an error, a double to center by Jobe put two runners in scoring position for Bradley. Bradley then sent a grounder to third that was booted and Carpenter scored for a 6-1 Greeneville lead. Darnell hit an infield single and Jobe scored as did Bradley on a fielder’s choice for an 8-1 lead.

Back to back singles by Cinnomin and Bailee Hamilton put runners at first and third to start the fifth with no outs for Cherokee, but it could only manage a run when Hannah Bates hit a sacrifice fly to right.

In the bottom of the fifth the Lady Devils needed four runs to end the game by run rule. Laicy Darnell walked then Million and Jobe reached on errors. Darnell scored before Bradley tripled to score both Million and Jobe.

Collins came to the plate with a chance to end the game with a hit and she came through with a solid single to left field that scored Bradley and ended the game 12-2.

Restivo said, “After the slow start we made an adjustment and started to hit the ball, and Leah (Phillips) made some pitches when she needed to to get out of a couple innings”.

Phillips went the distance to pick up the win inside the circle for the Lady Devils. The Lady Devils pounded out 11 hits; two each for Jobe and Collins while Ella Moore’s dinger leaving the yard.

The Lady Devils will play for the district championship on Thursday against the winner of Grainger and Cherokee. Greeneville has also clinched a berth in the Region 1-2A Tournament with Tuesday's win.