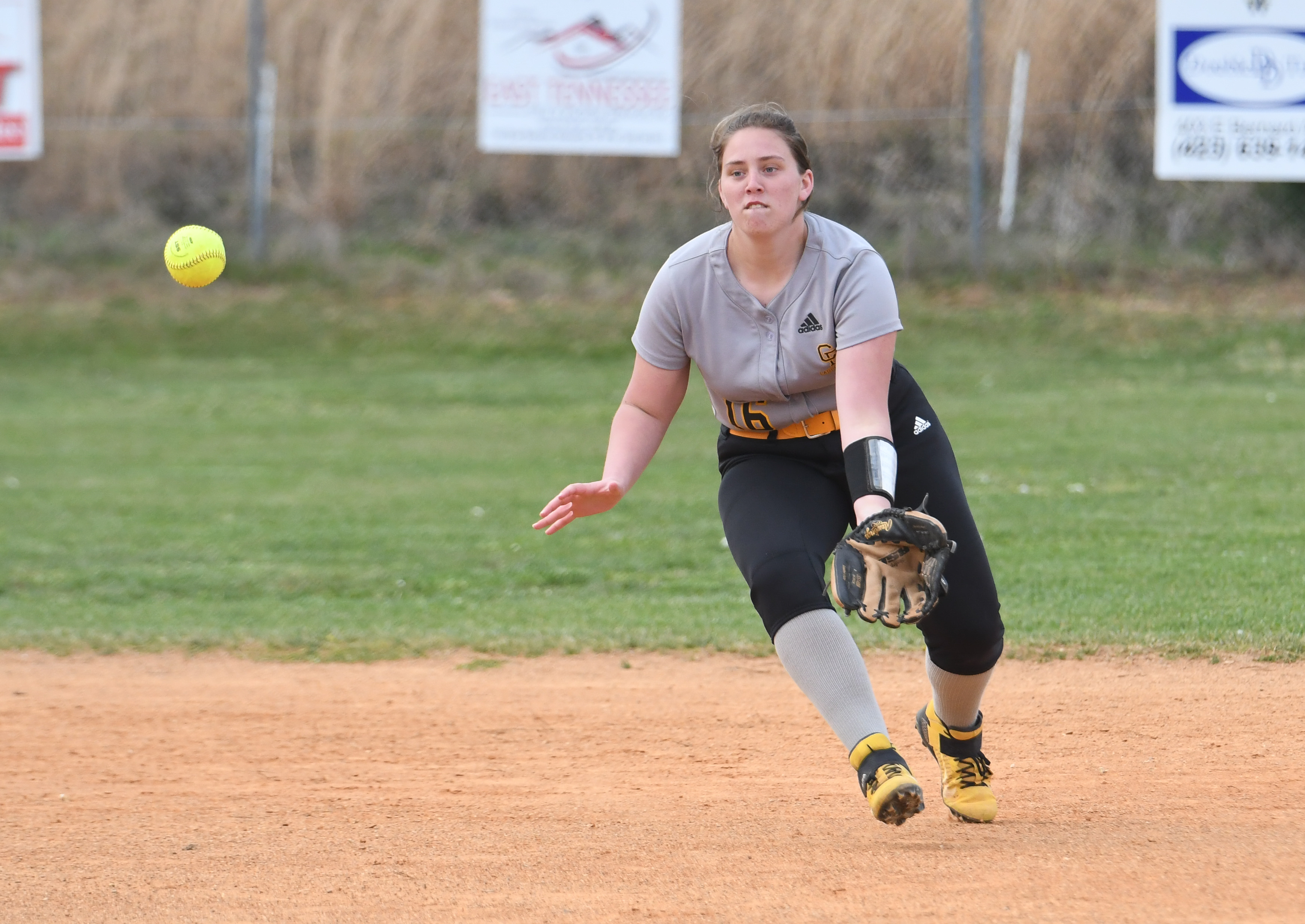 The Chuckey-Doak softball team hung on to win 6-4 at home against the Happy Valley on Thursday evening after nearly dominating for the first five innings.

In the top half of the first inning Makayla Ramsey got out of a bases-loaded jam with no outs when Trisha Bowers hit a comebacker to the circle for an easy 1-2-3 double play. Ramsey then got Reagan Street swinging to end the threat and the inning.

In the second inning Ramsey worked her way into and out of trouble, striking out the side with three harmless singles mixed in and no runs crossing the plate.

After the Lady Knights were unable to dent the scoreboard in the first or second inning Ramsey settled down with a three up and three down top of the third.

Maura Phillips led off the bottom of the side with a walk, Saniah Atchision was hit by a pitch and Ramsey singled up the middle to load the bases with only one out. Breanna Roberts laced a line drive just inside the bag at third for a two-run double and the Lady Knights were on the board at 2-0.

Sydney Shipley hit a little seeing-eye single through the infield to score Ramsey. Shipley took second on the throw and Roberts made it to third safely. Roberts scored on a ground out by Angel Bermudez to make the score 4-0 at the end of three innings.

Ramsey sat down the side in order again in the top of the fourth to keep the Lady Warriors off the scoreboard.

The Lady Knights plated two more runs in the bottom half of the fourth when Phillips, Hayliegh Taylor and Atchison all singled to load the bases. Ramsey then helped her own cause with a solid single to left that scored Phillips and Taylor to put the Lady Knights up 6-0.

Coach Gene Ward said, “We had two two-RBI hits tonight, anytime you can score two runs on one play it’s big, and we came up big tonight and that was the difference in the game”.

In the top of the sixth the Lady Warriors got an unearned run, but the Lady Knights seemed to be on cruise control leading 6-1 after six innings.

In the seventh the Happy Valley got on track when Ella Marvel singled to right and Juley Nieminski was hit by a pitch. Laural Rice then smacked a double to center scoring Marvel and Nieminski to make the score 6-3. Rice went to third on the throw with nobody out.

Aleah Grindstaff grounded out to the left side but Rice scored and the Lady Warriors were in reach at 6-4. Maddie Lingerfelt singled to right and the tying run was at the plate but Ramsey was able to get two weak ground balls from Bowers and Street, and the Lady Knights were able to hang on for a 6-4 win.

Ramsey picked up the win giving up three earned runs on seven hits while striking out seven, she was also 2-for-4 at the plate with two RBIs. Atchison also collected two hits for the Lady Knights.

For Happy Valley Rice took the loss and was 3-for-4 at the plate with 2 RBIs.