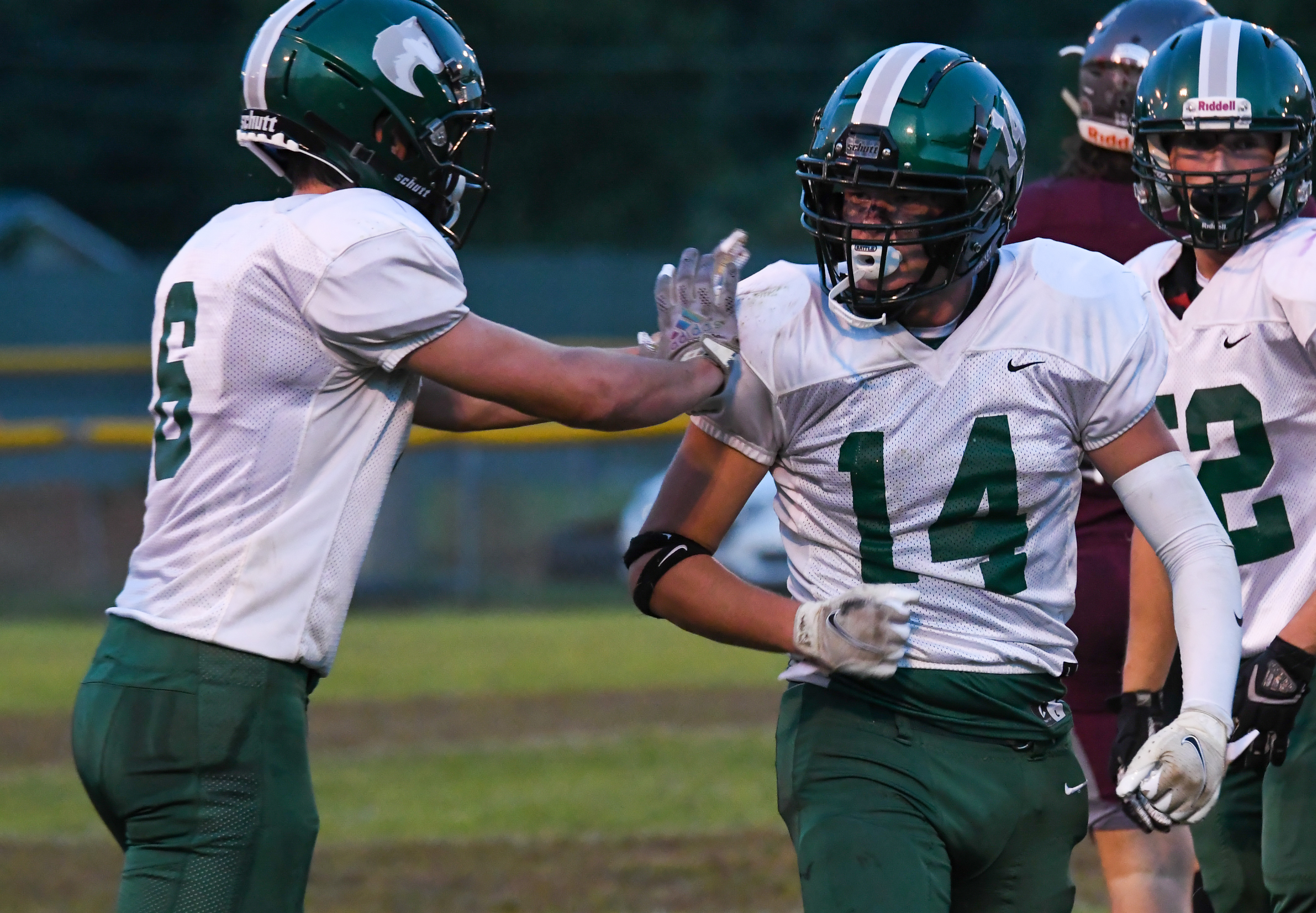 The North Greene football team will look to keep the momentum rolling on Friday night as it makes a journey to Red Boiling Springs.

Last week the Huskies earned a last-minute 32-28 win over Jellico to give them a very optimistic look at the playoffs. Now they are going to hit the road looking build on a strong second half a week ago and try to win two in a row for the first time since 2012.

“Our kids have hope, and they have earned that,” North Greene coach Eric Tilson said. “They have a chance to play meaningful games in October. We are fighting for a home playoff spot, and a chance to tie for the region title. I’m excited for our kids. We need to take the things we did in the second half last week, and build on those things going forward.”

Tilson is hopeful that his team learned from last week’s offensive performance that turned things around in the second half to make plays in the air and on the ground. They ran a two-minute drill to perfection, and in Tilson’s mind finally played to their potential.

“I think once we settled in we realized we can be a really good offensive team, we can score any time we want to,” Tilson said. “It all comes down to execution. It was good to see our kids play with confidence. They saw we can run our base stuff and be successful. But we have to do it well. We have to trust our assignment, trust our technique and trust ourselves.”

The geography of the contest will present the first challenge to the Huskies on Friday. Red Boiling Springs in Macon County is nearly four hours away from Old Baileyton Road. It is north of Cookeville and about eight miles from the Kentucky state line.

“You have to plan well in advance for a game like this and we have had our itinerary set for four or five months now,” Tilson said. “We’ll have a lot of stops, and we’re leaving early. That lactic acid will build on a long bus ride so we will get out at rest areas and walk around. We’ll do a walkthrough on the way. It’s going to be an experience for our kids. Frankly a lot of these kids don’t leave Greene County, some of them haven’t been west of Knoxville and I think this will be a good experience.”

The Bulldogs come into the contest with a 2-2 record and coming off a 28-27 win over Cosby a week ago.

In the win over Cosby Red Boiling Springs quarterback Aubrey Link did a little bit of everything while accounting for all four touchdowns. He was 8-of-24 passing for 108 yards with three touchdowns, and he ran for 22 yards and another score.

Link stands at 6’3”, 220 lbs. and will be used heavily in the run game, which will present a challenge for the Huskies.

“This could be a pretty scarry matchup, they are tremendously improved from last year,” Tilson said. “We have to worry about the quarterback. He’s a big kid who will lower his shoulder in the run game. He’s a stud, and he has given them an advantage all year. We are going to have to be ready to tackle this week.”

North Greene comes into the game wanting to establish the run first. Last week tailback Yeshua Vaught went for over 140 yards and scored the go-ahead touchdown late in the fourth quarter. Tilson wants to get his sophomore superstar going earlier this weeks, and wants to see athletic quarterback Grayson Collins getting to the edge with his legs as well. Against Jellico Collins ran for two touchdowns and threw for two touchdowns.

“We are going to rely on our run game,” Tilson said. “Our tailback and quarterback run game has been going really well. Then if we can make them load the box we need our receivers to catch the ball like they did last week.  The play action is going to be big. We need to run the ball, and we need the defense to respect that we can throw the ball.”

Last year North Greene won the matchup at the Tundra 38-14. Friday will be the second ever meeting between the two teams.