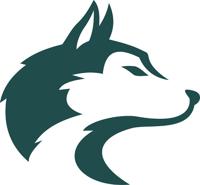 Lakeway Christian Academy traveled to Baileyton and left with a 50-12 win over the North Greene Huskies on Thursday night.

North Greene showed much improvement in this year’s matchup compared to their 49-0 loss at Lakeway last season. The offensive numbers have risen and start to peak at what their offense can achieve.

“Good to see tremendous improvement on the offense compared to last year. Being able to score two touchdowns on that group, against their one’s, is the type of stuff that’s good to see,” North Greene Coach Eric Tilson said.

Start time was delayed one hour due to late officials. Once the game got under way, the Husky defense put Lakeway under pressure early and put them in a fourth down situation on the first drive. Shajai Jackson got open on the right side and caught a pass for the first down to keep the drive going.

Jackson followed that catch up with a quick touchdown three minutes into the game the set the pace early.

Ethan West put Lakeway up 14-0 after breaking away from coverage on the right side and sprinting into the end zone for six.

North Greene’s offense got moving once Grayson Collins rolled out of the pocket to gain a first down on his feet. Yeshua Vaught gained seven yards on the next play to keep the momentum going, but they were stopped short of a first down and would settle with a turnover-on-downs.

On the ensuing drive Jackson broke free on the sideline and was wide open for Levi Martin to hit him in stride for another Lions touchdown. Lakeway would go ahead 21-0.

Once back on offense, the Huskies would put together their best drive so far. Vaught bulldozed a tackler for a Husky first down. Nicholas Mitchell hauled in a pass between the hashes for another first down moments later. Colton Robbins laid out to make the first of his two impressive grabs of the night with a toe-tapper on the sideline for a huge gain.

Vaught pushed his way to another first and moved the ball inside of the 10-yard line. The Huskies would fail to convert on 4th & goal and would remain scoreless for the time being.

Shortly after, Vaught wound up with the ball in his hands on a fumble and gave North Greene the ball back. The drive did not amount to much with Collins getting sacked by Kegan Tennell on 4th down.

Martin would use his feet for his next touchdown and net his third total scoring play of the first half. He’d also pass for two points and give the Lions a 29-0 lead.

Caleb Davis hauled in a touchdown pass to add to their lead and have them up 36-0.

The Huskies would finally put together the scoring drive they were looking for before halftime. Vaught broke off a big run to move the chains. Robbins made another impressive catch by wrestling with a defender to hold on to a tough grab. The junior won the 50/50 battle in the air to move his team into scoring position.

“He did a great job tonight and that’s exactly the type of things that we need to propel our offense forward,” Coach Tilson stated. “When you have a pass-catching tight end, now they can’t only key in on your run game, they now have to worry about him leaking out. So that now takes a safety out of it. I was real happy about that.”

Vaught pounded the rock into the end zone for North Greene’s first six points of the night. They’d head into halftime facing a 36-6 deficit after a failed two-point conversion play.

Vaught continued where he left off in the first half with another touchdown on North Greene’s first drive of the second half. The Huskies would narrow the gap to a 36-12 score.

“He’s been doing a good job and he’s keeping our ball moving. I mean he runs hard, he’s not getting tackled by the first guy, and he’s starting to develop some of that patience to let the blockers scheme work out,” Tilson said. “Which towards the end, there they were keying in on him pretty heavy and he started being patient and it opened up. He made some big runs on that first drive of the second half.”

Shajai Jackson quickly put Lakeway on the board with another touchdown and tallied his third score of the night to go along with 206 total yards. Lakeway would add one more for good measure with Jace Ballard crossing the plain.

Lakeway would run away with a 50-12 victory on The Tundra over North Greene. Lions improve to 3-0 on the season while the Huskies fall to 0-3.

North Greene will return to action next Friday night as they host Jellico for their first District 1-1A matchup of the season.