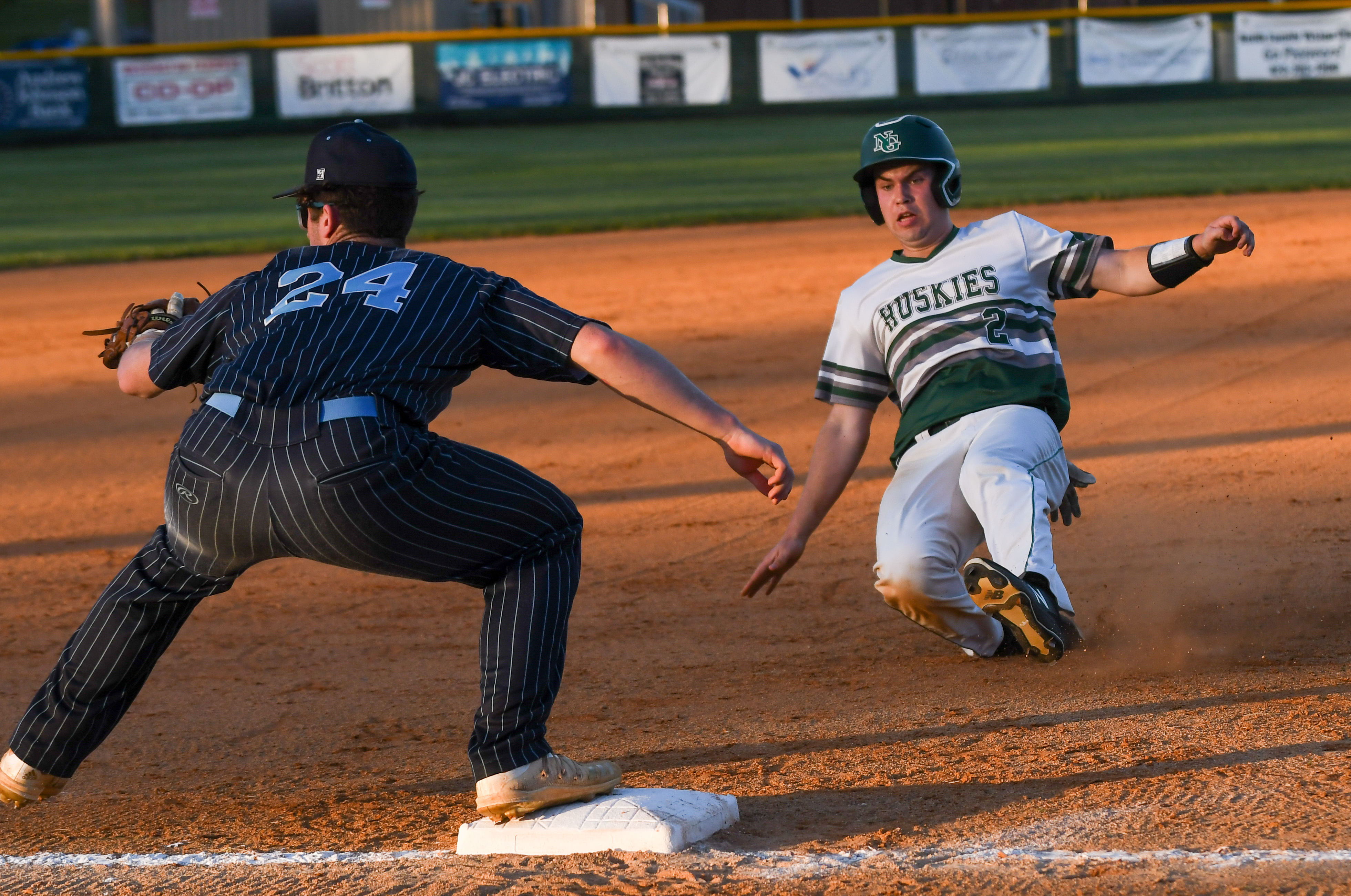 JONESBOROUGH – The North Greene baseball team had plenty to clean up on Monday evening, but the Huskies came through late to beat Hampton 5-2 in the quarterfinals of the District 1-1A Tournament at David Crockett High School.

“We battled through adversity tonight,” North Greene coach Jason Lowe said. “We didn’t have a good defensive night, by my count we had five errors. That won’t cut it going forward. But when we had to step up, we got key hits at key times. “

The Huskies move on to take on University High on Tuesday at 5:15 with a berth in the championship game on the line.

“A four-team tournament is easy, you have to win two before you lose two, and this is one win,” Lowe said. “We play a great University High team tomorrow, and there is a possibility that we see Hampton again in an elimination game. They still have their number one arm, and so do we.”

North Greene’s breakthrough came in the sixth inning started by Seth Charlton who sent a ground ball to the left side with the game tied at 2-2. The Bulldogs were able to stop the ball, but not make the throw to first. North Greene then loaded the bases with a walk and a hit batter.

Don Stansfield pushed the go-ahead run across when he rolled a soft ground ball down the first base line. It was not Stansfield best of the day, but it was his most important. Hitting out of the nine spot Stansfield was 2-for-3 with two RBIs on Monday.

“Every time he came up with runners on base he delivered,” Lowe said. “We need that throughout the lineup. The nine hitter coming up big is huge for us. It crossed my mind to squeeze in the sixth to get that one run, but he had hit it down all night. He hit down again and got us one with a swinging bunt.”

Next up was Drexel Gant and he lined a shot into centerfield that sent Colton Robbins and Adam Weir home as a pair of insurance runs.

Hampton started the scoring on Monday with an unearned run in the first inning. Morgan Lyons got the Bulldogs going with a single to left field and went to second when the ball was misplayed in the outfield.

Lyons scored when Caleb Royston hit into what should have been a groundout, but instead turned into a throw away at first base.

North Greene was able to even the score in the bottom of the first inning. Brady Harkleroad put a single into right field and moved to second on a bobble in the grass. Damian Burns moved him up on a sacrifice and Jeshua Crawford scored him when he split the right-center gap with a line drive.

Another error in the fourth inning let the Bulldogs regain the lead. Connor Jones led off the side by punching a single into left field. He stole second and then Kyler Lewis hit into a groundout to the shortstop. The throw from first to third that tried to catch Jones was off target and got away, allowing Jones to score for a 2-1 lead.

On the mound Tanner Sexton went the distance for North Greene. In seven innings he struck out four, walked three and gave up six hits.

“Tanner threw a great game,” Lowe said. “He buckled down and battled through. Some pitchers get down when their defense is struggling, but he kept throwing strikes.”

The Huskies earned nine hits in the win, Charlton was 2-for-3 with two runs scored.