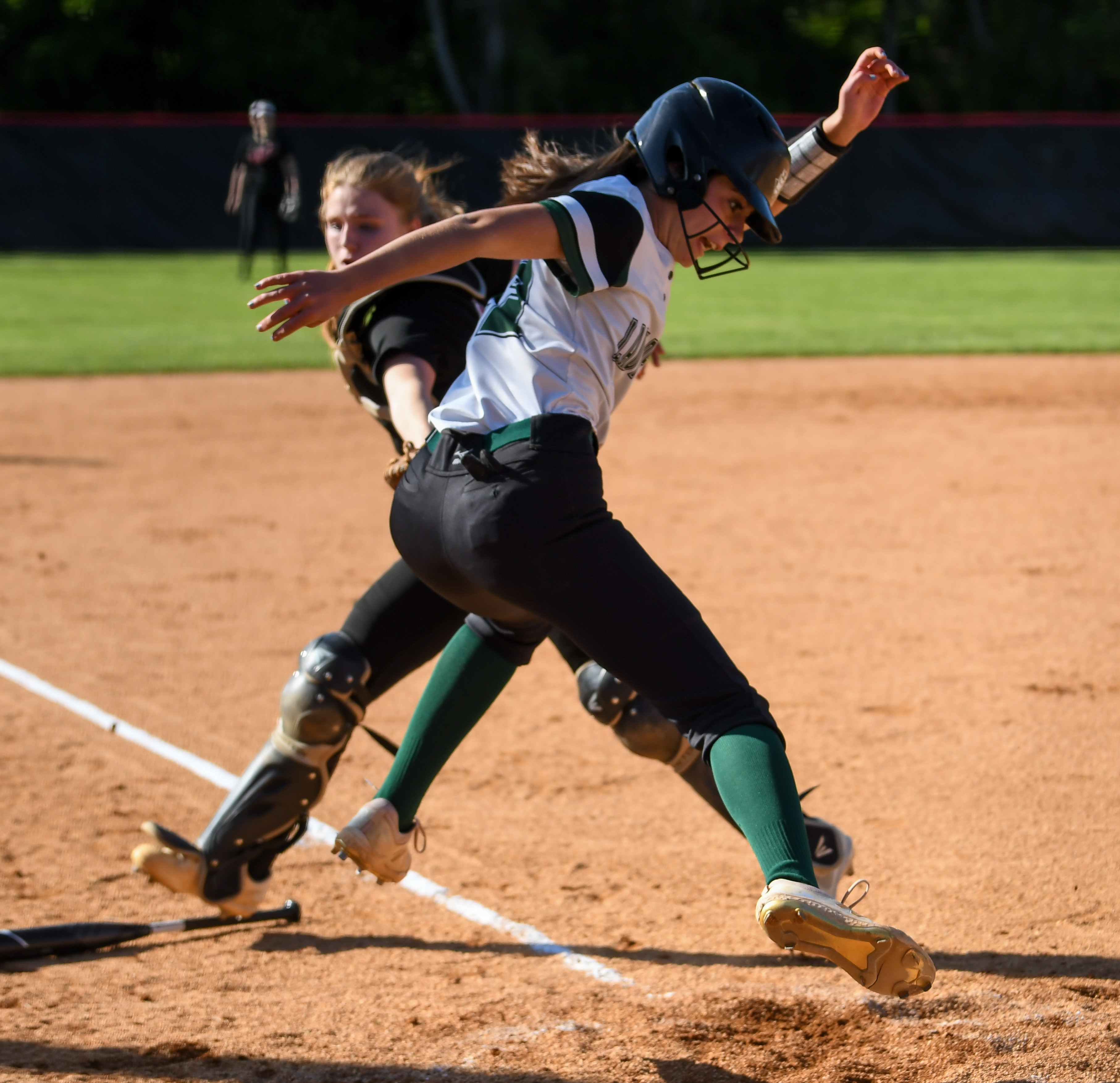 ROGERSVILLE - The Greeneville Lady Devil softball team brought their bats to a hit party in the first inning, en route to a run-rule victory over the Cocke County Lady Red 12-2 on Monday in the District 2-3A Tournament.

Ansley Collins led the Lady Devils with four hits on the day. Collins collected a single and a triple in the first inning, and then added a single in the third and sixth inning. Collins wasn’t the only Lady Devil who showed up to the hit parade.

Greeneville tallied nine runs in the first inning, with Ella Moore, Ashlyn Rachon, Lauren Million, Madison Carpenter, Kyla Jobe and Kaley Bradley driving in runs during the inning. After the first inning, the bats grew strangely quiet for the Lady Devils. Greeneville was able to push run across the plate in the second inning to stretch their lead to 10-0; however, they would be held scoreless across the third, fourth and fifth innings.

Addison McNealy came alive in the middle innings for Cocke County, reaching safely on two-of-three trips to the plate, while driving in a run. The Lady Red defense gave its offense an opportunity to climb back into the game, holding Greeneville scoreless across the middle three innings. However, the bats could never live up to the task of running down the Lady Devils after a stellar nine run first inning.

Greeneville found life in the bottom of the sixth inning, plating two additional runs that secured the 10-run lead, ending the game due to the TSSAA's run rule. The Lady Devils collected 18 hits for the contest. Collins, Carpenter, Bradley, Laicy Darnell, Rachon, Million, and Lydia Darnell each boasted a multi-hit effort.

While the offense led the box score, the Greeneville defense was exceptional. The Lady Devils did not commit a single error for the game. Bradley led the way with six chances and six putouts for Greeneville.

Leah Phillips was the winning pitcher on the night. The righthanded Phillips pitched all six innings for the Lady Devils, scattering six hits and allowing only two runs. She added two strikeouts for the game.

Kourtney Clevenger took the loss for Cocke County, allowing 12 runs on 18 hits, adding only one walk across 5 2/3 innings for the Lady Red.