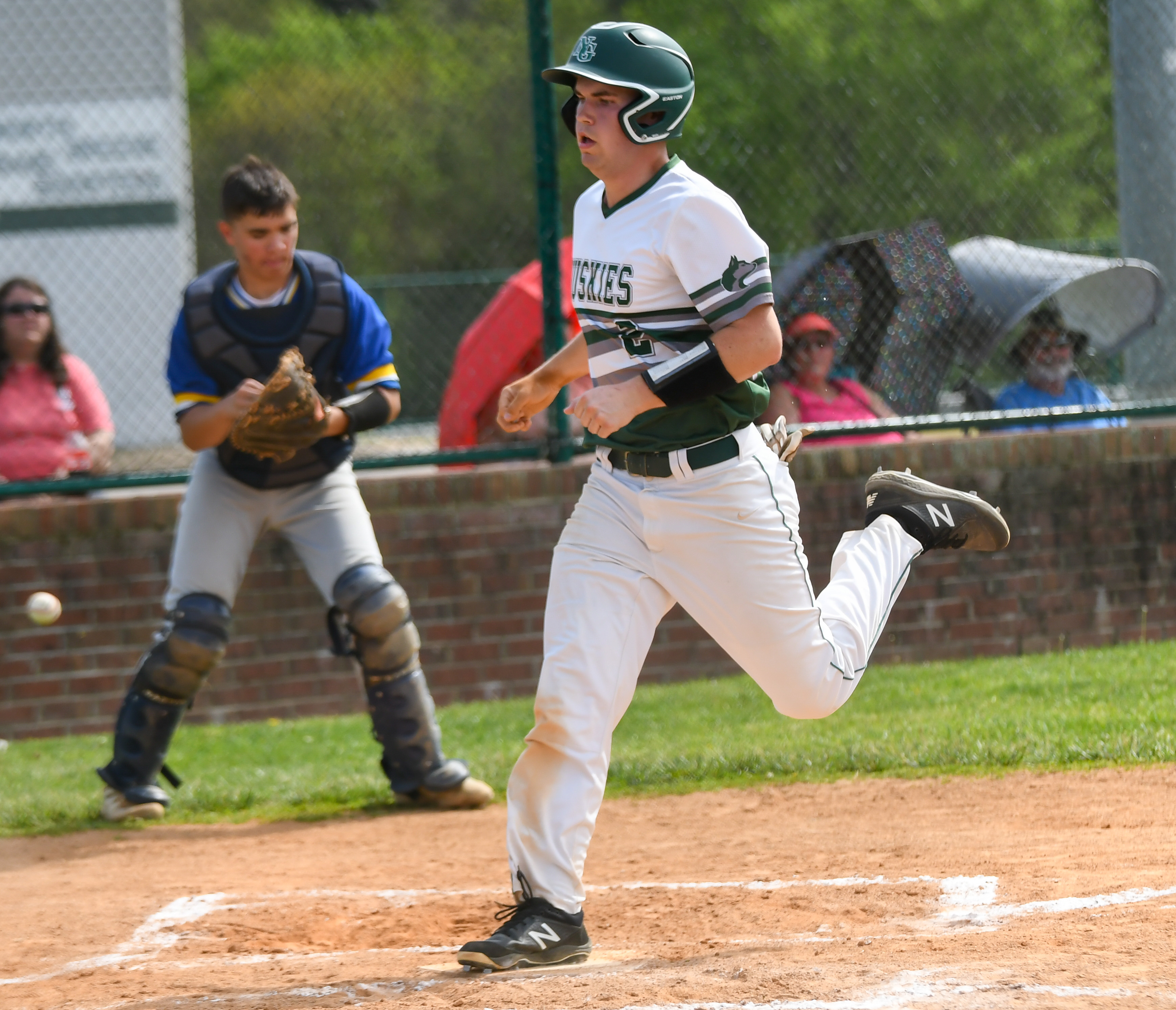 The North Greene baseball team came out of the gate swinging on Saturday evening, using a 10-run first inning to propel it to a 17-3 win over West Greene.

“It’s good to come out and get a win,” North Greene coach Jason Lowe said. “We have two games left before the tournament, and we want to build some momentum. We had good approaches at the plate, and when we got runners on we moved them. That was the goal.”

The big opening inning got going with Harkleroad reaching on an error and scoring from third on the next at bat when Burns rifled a line drive into left field.

Two walks followed to load the bases before Seth Charlton barreled up a two-run single and that landed safely in right field. Colton Robbins bounced a groundball past the shortstop to score Tanner Sexton, and the Don Stansfield fired a single into right field that pushed across two more runs.

A bases-loaded balk made it 7-0 with Harkleroad in the batter’s box for the second time in the inning. He put a ground ball down the third base line to score another run, before Drexel Gant scored on a wild pitch. Jeshua Crawford used a single up the middle to score Harkleroad and push the lead to 10-0.

“We started fast,” Lowe said. “I felt confident we could get the bat on the ball. We barreled the ball up with some good hits, and I thought we ran the bases well.”

Crawford earned the win on the mound for North Greene. He did not have his best stuff on Saturday, but the senior was steady as always with three strikeouts, one walk and six hits allowed in five innings of work.

“Jeshua is going to throw strikes,” Lowe said. “He has some inflammation in his elbow. I wanted to get him one more start to see how it felt, and now we are going to shut him down until the tournament. He’ll have a full week to get that thing ready to go.”

West Greene got on the board in the second inning. Justin Tweed was hit by a pitch  and Braden McCamey scored him third on a ground out.

North Greene plated five more runs in the third inning. Gant got the Huskies started by dropping a single safely into the left-center gap. A steal and two passed moved him all the way around before the next at bat was complete.

Burns then reached on a single and Crawford on a walk before three more wild pitches put North Greene in front 13-1.

Sexton, who reached on a walk, scored when Adam Weir skipped a ground ball over second base, and the final run of the side scored on a bases-loaded walk.

Jaden Gregg led off the fourth inning for the Buffaloes by driving a double deep into the right-center gap. He scored from third on a sacrifice fly by McCamey.

Three consecutive errors by North Greene then allowed Connor Campbell to reach base and move all the way around to close the gap to 15-3.

A pair of bases loaded walks allowed Harkleroad and Burns to score in the fourth inning as North Greene’s lead grew to 17-3.

For West Greene Gregg was 2-for-3 with a double, and Keith Valentine was also 2-for-3. McCamey drove in two runs for the Buffaloes.