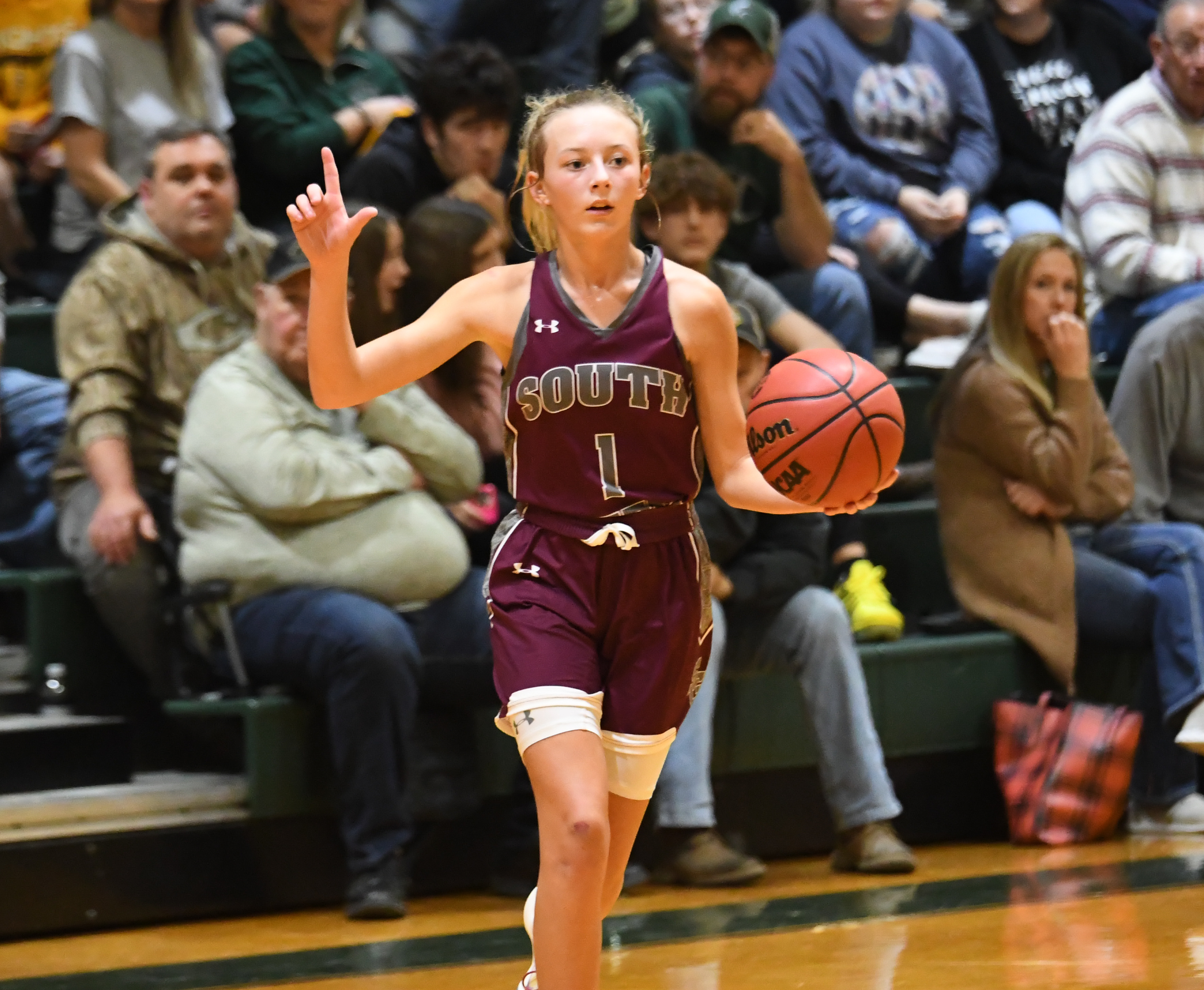 The South Greene girls gained their first conference win of the season in dominant fashion on Friday night, knocking off West Greene 81-50. The hot shooting from Tuesday night's win over Grainger carried over with ten three-pointers made and four double-digit scorers for the Lady Rebels.

“It’s good to play in front of our home crowd, but we got a conference record up to 1-0,” South Greene Coach Stephen Gregg said. “It’s the only one we’re going to play before Christmas so what we have coming up is going to have to prepare us for that second half push.”

Haley Susong led the charge with 23 points and added five of those three-point buckets. Her first came just seconds after the opening tip.

“It was good to see Haley Susong step up and get a little confidence in her shooting tonight,” Gregg mentioned.

The Lady Rebels never trailed and pushed out to a 6-0 advantage with a layup from Jordyn Roderick.

Morgan Brown drove through the lane to get a layup to fall for West Greene’s first bucket of the night.

A running bank shot and a layup in transition from Roderick boosted the Lady Rebel lead to 10-2. Hailey Brooks spun through the lane for a layup moments later after a timeout.

Madi Brown buried a three-point shot from the corner and Breanna Ellis added a layup to cut that lead down to 12-9.

Roderick came away with a steal on defense and shot the ball up court to Madison Hensley who assisted Susong for her second triple of the night.

Kinsley Ellenburg drained a three-pointer from outside the arc to cut the deficit back to three points, but Roderick’s layup seconds later pushed the lead back up to five.

Brooks sank a three-point basket before the buzzer sounded to give the Lady Rebels a 21-15 lead after the first quarter.

The next eight minutes is when South Greene started to distance itself from West Greene and quickly grew a double-digit lead with layups from Susong and Ryleigh Gregg. Susong downed two more layups in the opening stages to extend the lead to 29-16.

Madison Hensley sprinted down court and found two points through a reverse layup. Hensley only scored five points total, but didn’t give up any turnovers and created scoring opportunities in more ways than one.

“She was a true point guard tonight. She didn’t have any turnovers and just really ran the point for us tonight and shared the ball to get some kids’ confidence going moving forward tonight,” Gregg stated.

West Greene's Ellenburg and  Ellis cut into the lead with a triple each to bring the lead down to 36-22.

Roderick managed to add another layup and a free-throw line jumper. Brooks then beat the buzzer again before the half with a layup in the paint for a 45-22 lead at halftime.

The Lady Buffs gained a lot of confidence to start the third quarter with Ellenburg splashing a three from outside the perimeter and banking the ball off the glass from straight away. Madi Brown also stripped the nets with another trey.

Madi Brown responded with a three-ball and Maddie Bryant followed behind her with another.

Ari Hoese got a layup to fall ending the quarter and South Greene would stay ahead 57-38 heading into the final quarter of play.

The Lady Rebels finished strong with a 24-point fourth quarter that allowed them to run away with a victory in the end.

Ryleigh Gregg found the hot shooting hand in the fourth with a long two-point jumper. She’d score nine of her eleven points during the final eight minutes.

Susong’s hot night on offense wasn’t over yet with another three-point bucket.

Roderick played well on both sides of the ball and stuffed a shot on defense then turned right back around and scored a layup in transition a few plays later. She’d total four blocks on the night to go along with six rebounds.

Taylor Lawson and Morgan Brown added layups late for the Lady Buffs, but time had already run out for a comeback attempt.

South Greene earned an 81-50 win once the final buzzer sounded and began their conference slate with a 1-0 record after defeating county rival West Greene.

South Greene’s next matchup will be on Monday night in a tough road game at Hampton. West Greene will hit the road also for a non-conference matchup with Gibbs.