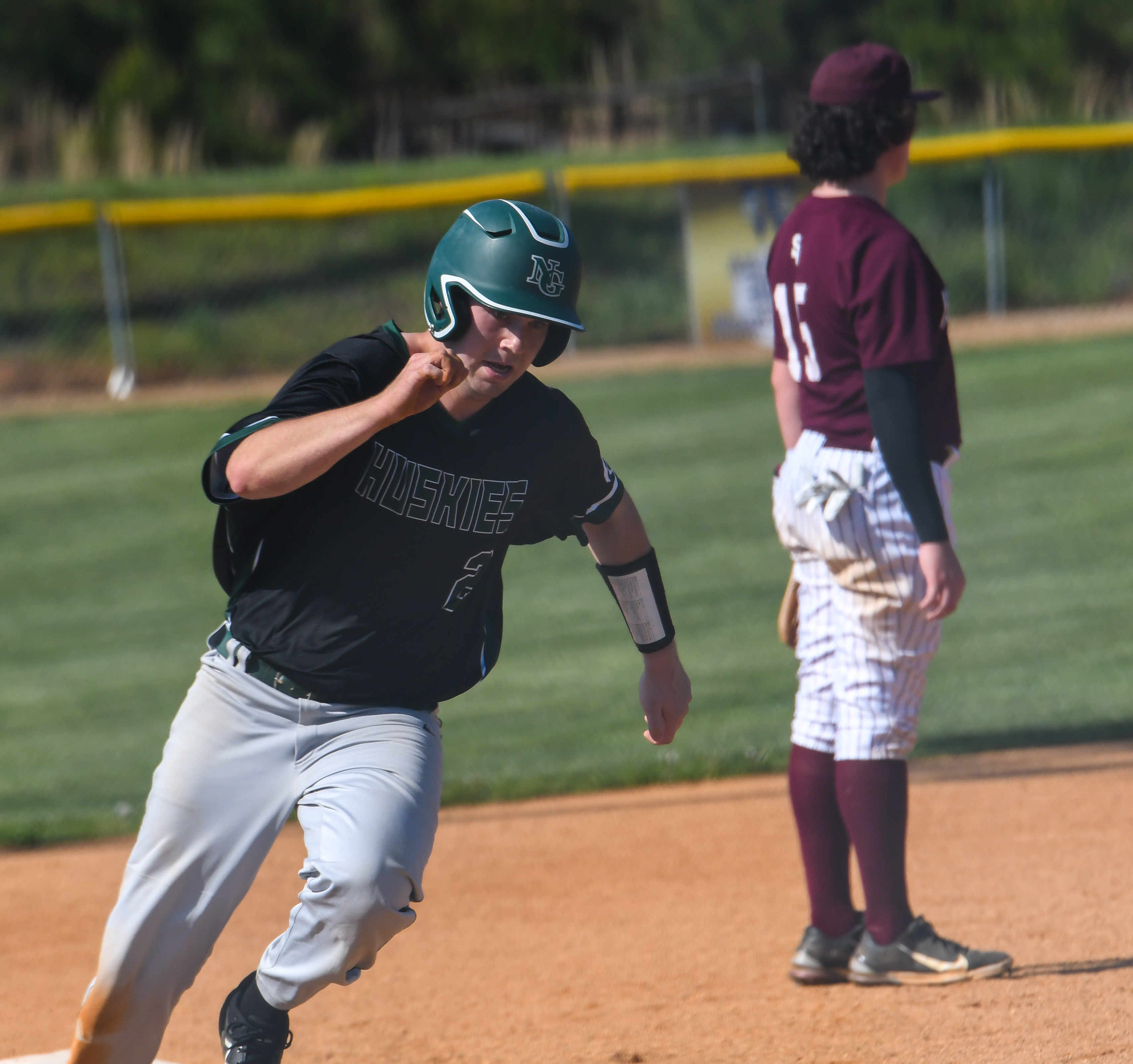 Brady Harkleroad was 3-for-3 at the plate with six RBIs, two doubles and a seldom seen inside the park grand slam while Tanner Sexton was getting it done on the mound in North Greene's 13-3 win over South Greene on Monday afternoon.

Coach Jason Lowe said “Brady went through a stretch in the past couple weeks where he was struggling, we made a few minor tweaks and he’s really getting the barrel of the bat on the ball now and he’s confident”.

After a quiet first inning Seth Charlton got things started with an infield single for North Greene. Colton Robbins was hit by a pitch then Adam weir singled up the middle to load the bases for Don Stansfield.

Stansfield walked to score Charlton, then Drexel Gant reached on an error to score Robbins. With the bases still loaded Harkleroad sent a shot to right-center field that got passed everyone and went to wall. Harkleroad rounded the bases for inside the park grand slam and the Huskies went up 6-0.

In the bottom of the second inning Tucker Brown reached on an error as did Hayden Hartman and T.J. Buckner to load the bases. Brenden Lisenby hit a sacrifice fly to center to score Brown. Seth Franklin walked ahead of Cody Rambo’s RBI single to center to make the score 6-2 with the bases still loaded. Sexton was able to work out of the jam by striking out Graydon Rader to end the inning, keeping the score 6-2.

The Huskies batted around in the fourth inning and plated seven more runs. Harkleroad hit a double to right-center and then stole second. Damian Burns walked to put runners at the corners for Jeshua Crawford, andCrawford singled to center to score Harkleroad which chased Rebel starter Lisenby from the mound.

Sexton greeted reliever Hayden Hartman with a clean single to right just out of reach of second basemen Rader to score Burns. Charlton reached on an error, Robbins was hit by a pitch for the second time in the game before Weir drew a walk.

Stansfield scorched a liner just inside the bag at third for a two-out, two-RBI double and the score was 11-2. After a walk to Gant, Harkleroad hit his second double of the inning scoring two more runs and the Huskies were up 13-2 headed to the bottom of the fourth.

The Rebels were able to score a run in the bottom of the fifth when Nate Lisenby doubled to deep center, he then stole third and scored as the throw went into left field, making the score 13-3. The Rebels could get no closer and the game ended after five innings via the 10-run rule.

Lowe said, “Tanner doesn't throw the hardest, but he throws strikes and he makes you swing the bat, if the defense plays behind him then good things usually happen….he gives us a chance to win”.

Nate Lisenby led the Rebels with a single and a double.