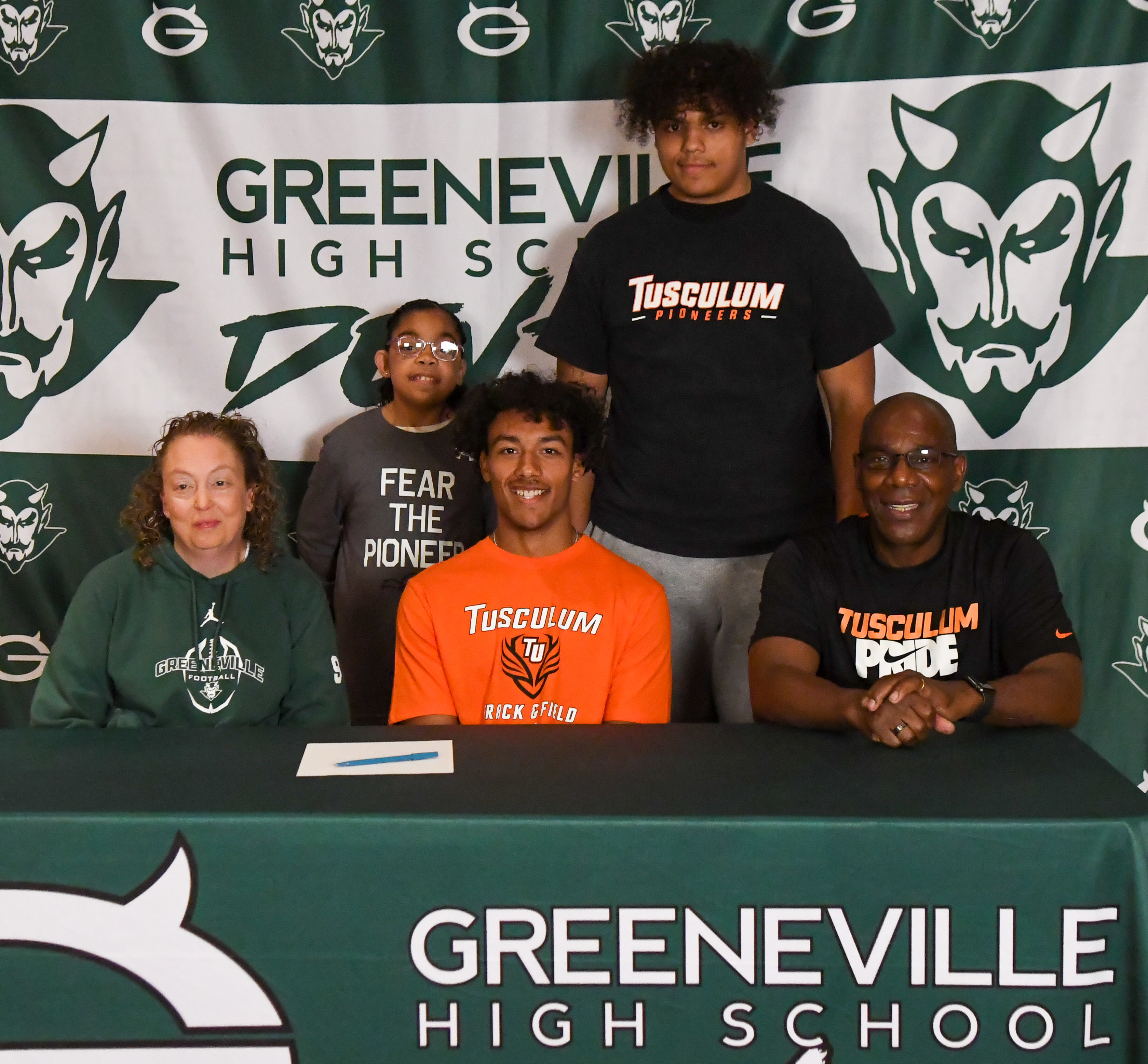 Keelen Lester has always been a multisport athlete, and that should the help Greeneville senior over the next four years as he joins the track program at Tusculum University as a decathlete.

On Thursday Lester signed his letter of intent to join the Pioneers during a ceremony with his friends, family and teammates.

Lester has played football, basketball and been a member of the track team at Greeneville. He has been one of the Greene Devils top sprinters, while also competing in jumps, but as a freshman he took up the decathlon and has grown to love the event that requires he be skilled in a variety of field.

“It’s something I’ve been doing ever since I was a freshman,” Lester said. “Coach (Larry) Blalock asked if anybody wanted to do it and it was me Mason Gudger and Brock Moore, I don’t think anybody else wanted to do it. It started with me being willing, but then I just kept working at it and it’s panned out for me.”

Being a good decathlete means being an elite athlete, and Lester thinks that growing playing everything he could has allowed to develop to become that elite athlete that can excel at the event for the Pioneers.

“I think I’ve been that way my whole life, playing football, basketball and running track. I’ve been doing everything since I was young and I think the decathlon fits right into that,” Lester said.

At Tusculum Lester plans to study to become a physical therapist. He was inspired to go into the field after tearing his labrum as sophomore playing football. After a physical therapist got him back on the field he knew that one day he wanted to be able to do the same  for other athletes.

While Lester is excited to be a college athlete he is also excited that he can do that close to home at Tusculum where his family will be close by and can watch him compete.

“Tusculum is close to home and they gave me a good offer,” Lester said. “I’ve been around Tusculum my whole life and it just felt like a good place for me to be.”

Last year at the state track meet Lester was part of the Devils’ 4x100 relay team finished second and set school record with a time of 42.03 seconds. Lester and Devils are looking forward for the opportunity to return to Murfreesboro on May to better that school record while moving up the medal stand.

“We just want to get back to that state meet, and compete with other great athletes. We really plan to break that school record that we set last year,” Lester said.