Greeneville's Stevenson To Run At UALR 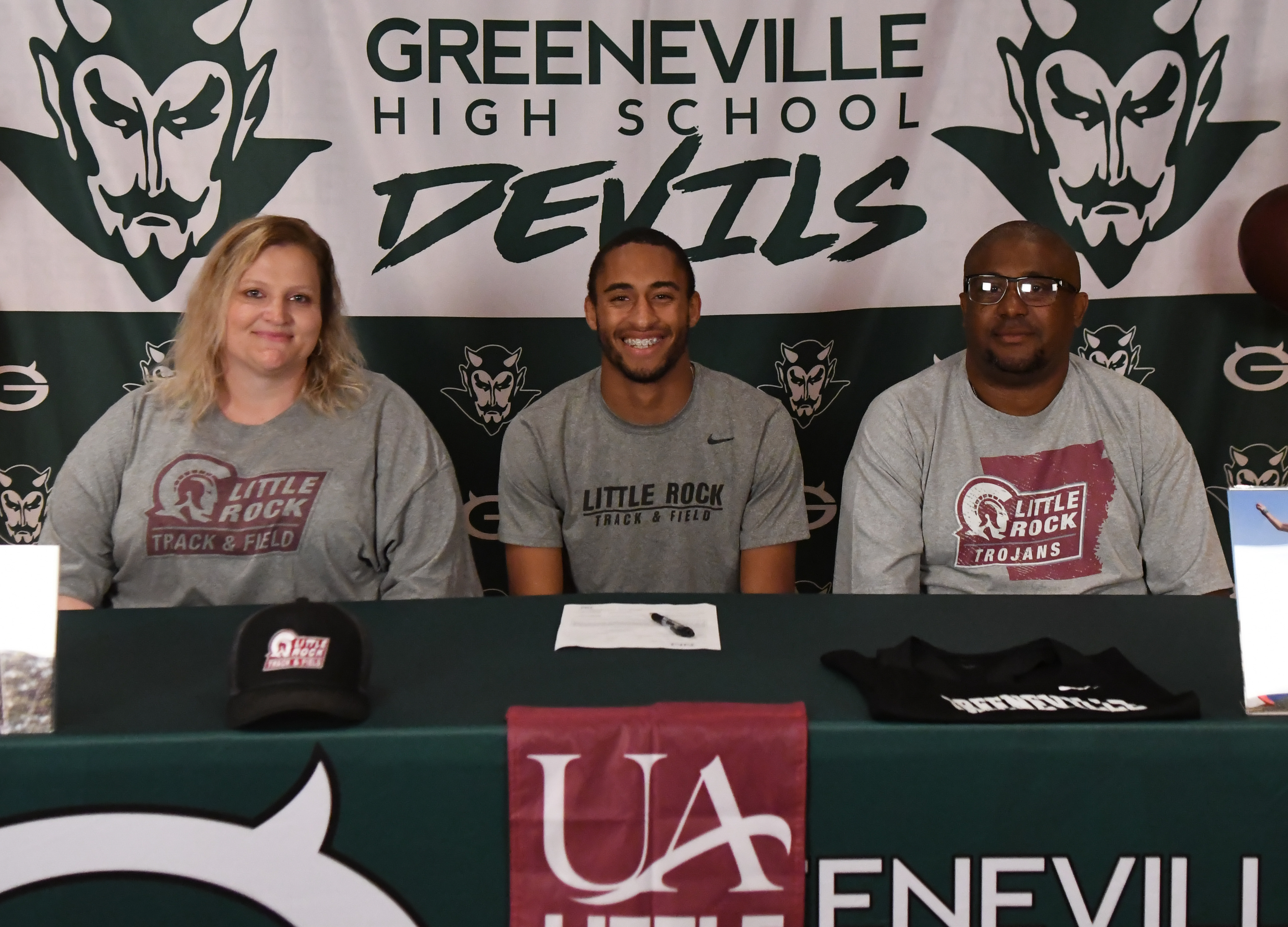 Greeneville's Stevenson To Run At UALR

Jaden Stevenson is the fastest person to ever walk the halls at Greeneville High School, and now his sights are set on maybe being the fastest to ever step on campus at the University of Arkansas at Little Rock, the school he signed a letter of intent to join on Friday in ceremony with his friends and family.

“It feels good. It’s a big blessing to get to showcase my talent at the college level,” Stevenson said. “It’s a big thing for me to get to compete on the Division I level.”

Stevenson has been a standout for the Greene Devils’ track program since the moment he joined the team as freshman. In his first year competing for the Devils he placed seventh in the state in the long jump. He is still a top leaper, but since then he has grown into the best sprinter ever to step foot on the track at Greeneville.

“It means a lot, especially beating Dustin (Moore), I still bug him about breaking his record,” Stevenson said. “Honestly being the fastest in Greeneville history, with all of the greats that have come through here, it means a lot to be known as that.”

In his junior season at the Large Class State Track Meet Stevenson was second in the long jump, fourth in the 100 meters, fifth in the 200 meters and was part of the school record 4x100 relay team the finished second.

“I think football played a big factor, those workouts making my leg stronger,” Stevenson said. “Being known as a long jumper, wasn’t something that I was digging. I started to take sprints more seriously, I started training more and that got me to where I am today.”

Now he will compete in the Class AA sectionals on Saturday with the hopes of qualifying for the state meet in the 100, 200, 400, long jump and the sprint relays.

With just two weeks left in his Greeneville High track career Stevenson wants to prove he is the fastest man in the state, and he will get that chance on May 24 in Murfreesboro.

“Honestly I want to be the best. I want to be number one in the 100, 200, 400 in the state of Tennessee. I think that will solidify my senior year and where I stand in the state,” Stevenson said.

Stevenson’s recruitment to Little Rock actually began on social media. The Trojans’ coaches saw his times on Twitter and quickly reached out. Stevenson has not been on campus yet, but he has had plenty of conversations with the coaches and athletes, which has made him very comfortable with his college choice.

“They were looking for a multi athlete,” Stevenson said. “Their coach came across my Twitter and thought my numbers were really good. Then they offered me. I haven’t been on campus yet, but I did a virtual tour and it already felt like home. I’ve talked a lot with the coaches and the athletes and they feel like family.”

The Trojans plan to use Stevenson in all three sprints and sprint relays as well as the long jump and possibly high jump.

Stevenson plans to major in exercise science and wants to go into physical therapy.

“As an athlete I’ve always been curious about the body and why this or that is hurting. To understand that can keep me safe as an athlete, and one day I can keep other athletes safe,” Stevenson said.