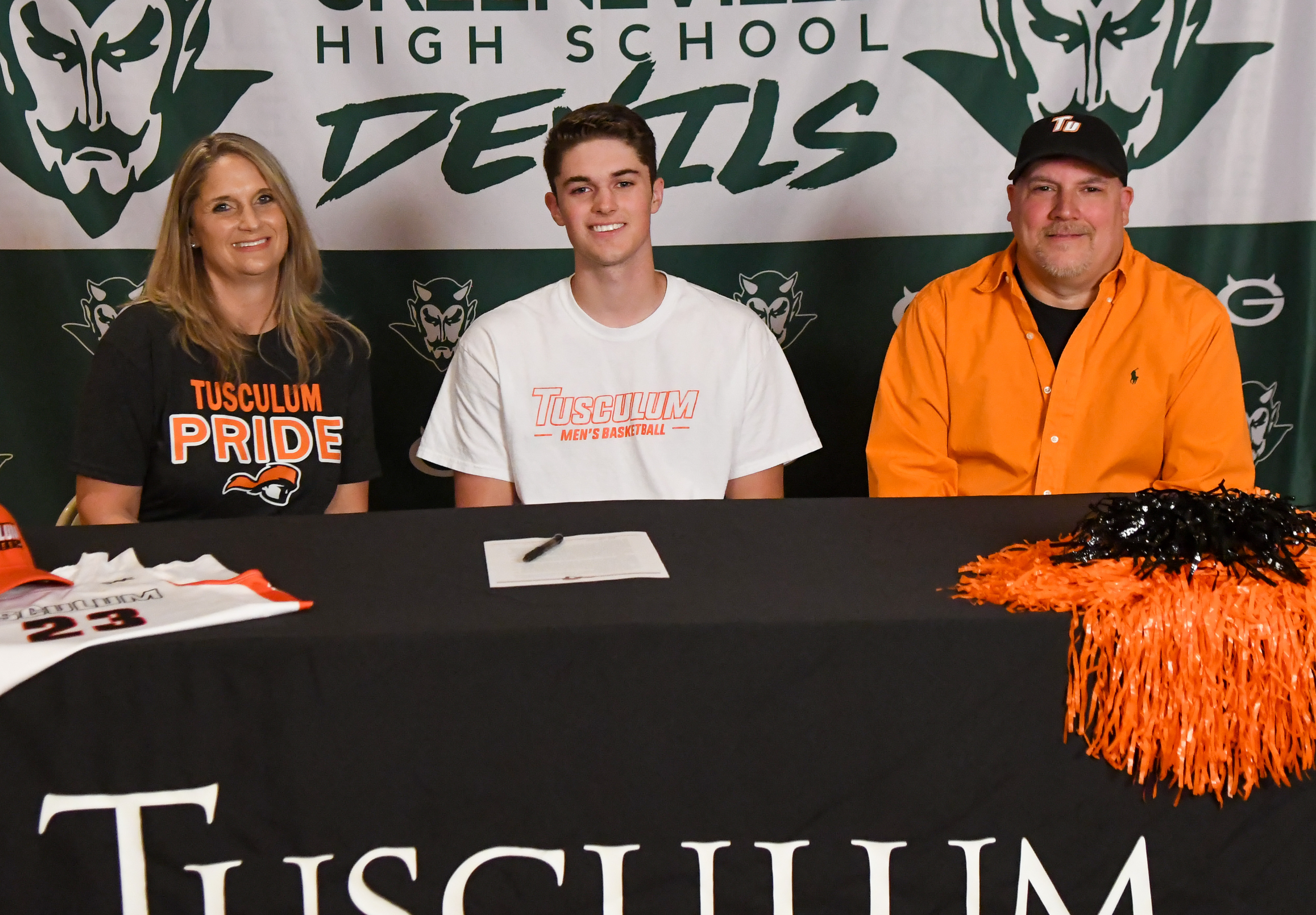 Reid Satterfield had one of the most prolific careers in Greeneville basketball history and he will be staying close to home to continue that career at the college level.

On Friday afternoon Satterfield signed a letter of intent to join the basketball program at Tusculum University.

“It’s special and it’s definitely exciting to make this official,” Satterfield said at Friday’s signing ceremony. “I think it shows that all of my hard work over the years has paid off, and it’s really special to have this opportunity.”

Satterfield looked elsewhere for his college destination, but always knew that staying home was the right place for him.

“The way they play seems like a place that I would fit in. It’s somewhere that my family can come and watch me play, and that is special for me. I’m a homebody and I just wanted to play at home,” Satterfield said.

The Pioneers are coming off of a 19-8 season, and in 2021 they advanced to the NCAA Division II Tournament for the first time since 2009. In each of coach J.T. Burton’s four seasons at Tusculum the program has improved its record, and Satterfield is excited to be joining a program that is reaching new heights.

“I haven’t heard anybody say anything negative about coach Burton, and it’s definitely nice to be going into a program that is doing good things. With their records over the years there has been a clear jump since he has gotten there. I think he is a good coach to learn from and I’m definitely going to take that to heart.”

While at Greeneville Satterfield became one of just two 2,000 point scorers in program history, joining teammate Ja’Kobi Gillespie. As a senior Satterfield scored 16.7 points and grabbed 4.9 rebounds per game. He shot 45% from three-point range while knocking down 3.1 three-pointers per game.

Satterfield helped Greeneville advance to the state tournament three times and was a key piece to the Devils back to back state championships in 2021 and 2022. He also earned All-State recognition three times from the Tennessee Sports Writers Association.

“My time here has definitely been special,” Satterfield said. “Every time I walk into Hal Henard I’ll see three pictures of me up on the wall. I think I’ll look at those pictures and remember how special each of those years were. I’ll remember all of the things I’ve learned from coach Woolsey and all of the guys that I have played with.”

Satterfield has not decided on a major yet but is considering business management and thinks that he might want one day run his own business.