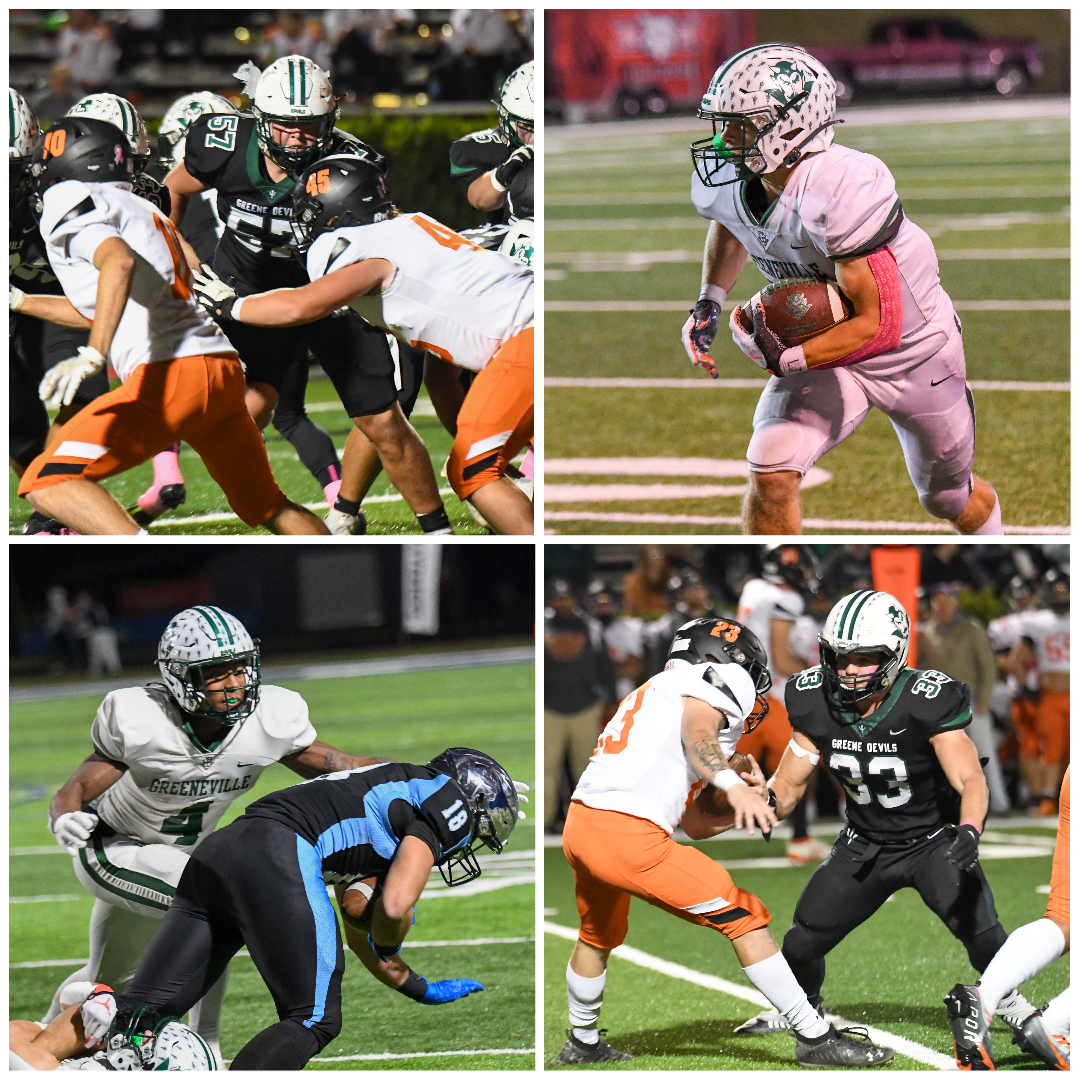 Dickson, a linebacker, flew all over the field for the Greene Devils and often found himself in opponents backfields blowing up plays. He made 74 tackles as a junior with an impressive 20 of them coming behind the line of scrimmage. Dickson also had three sacks, two forced fumbles, one interception and one fumble recovery. Dickson was named the Region 1-4A Defensive Player of the Year.

Myers was another disruptive force from his defensive end spot for the Greene Devils. The junior finished the year with 62 tackles, 16 tackles for loss and a county best 12 sacks. Myers had three fumble recoveries with a defensive score and two forced fumbles. He also had 18 quarterback pressures. Myers was the Region 1-4A Co-Defensive Lineman of the Year.

Quillen broke on to the scene as a sophomore and did a little bit of everything for Greeneville this season.  On defense Quillen made 66 tackles with one tackle for a loss. He intercepted three passes with one fumble recovery and one defensive touchdown.

On offense he ran for 563 yards while averaging over 10 yards per carry. He also caught 22 passes for 396 yards and scored nine combined touchdowns. Quillen was named the Region 1-4A Co-Athlete of the Year.

Ty Williams was one of the area's top offensive linemen this year, and that earned him a scholarship at Austin-Peay. The senior helped Greeneville run for over 2,500 yards while averaging six yards per carry. The Devils produced 378 yards of offense per game and scored 40.1 points per game. Williams was the Region 1-4A Co-Offensive Lineman of the Year.