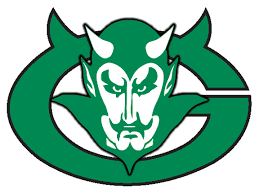 The Greeneville wrestling team traveled to Knoxville this weekend to wrestle in the Knoxville Catholic Invitation.

In the girl’s division Rhyne Johnson won first place and kept her perfect record for the year going with three wins by pin to make her 5-0 on the year.  Morgan Cornelius placed 2nd and Breanna Matthews placed 3rd.

In the JV division Griffin Gricunas won his first tournament as a Greeneville wrestler with a 1st place finish in the 152-pound division.  Elijah Dabney placed 2nd.

In the Varsity division, Carson Dupill started the 2023 campaign off just like he ended 2022 – with a win over the No. 1 ranked wrestler in TN. It took Dupil two overtimes to defeat Bryson Terrell of Bradley Central who is the No. 1 wrestler in the AA division.  Morgan Lowery placed 2nd and Zac Chrisman lost a heartbreaker in the last 30 seconds of the match to take second.

The guys will be back in action at the Walsh-Jesuit Ironman in Ohio and the girls will travel to Stone Memorial HS for the I-40 Clash.