Greeneville Pushes Through For 3-0 Sweep Of West Greene 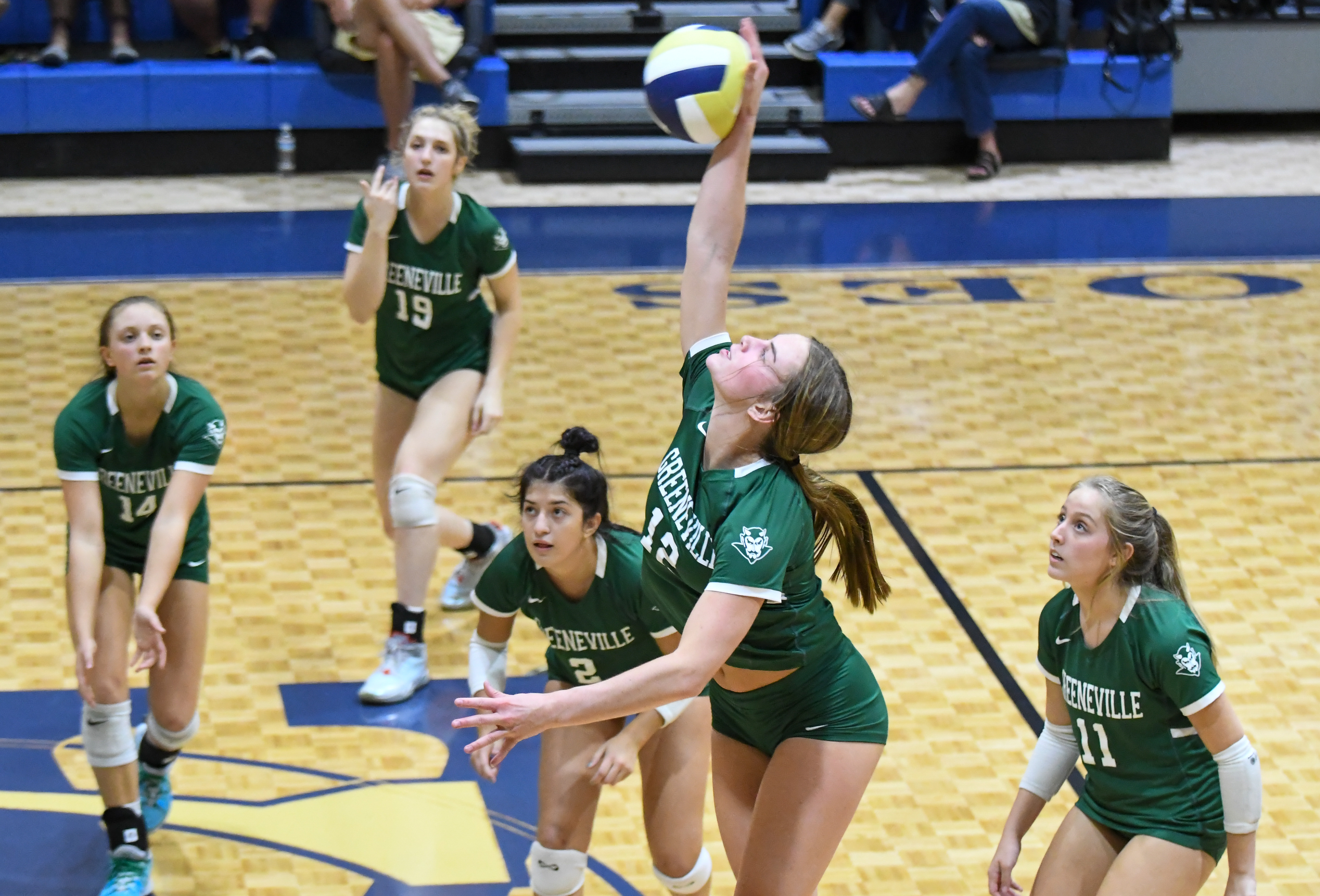 Greeneville Pushes Through For 3-0 Sweep Of West Greene

The first thing you can say about the West Greene volleyball team is that its scrappy.

The Lady Buffaloes are known for their refusal to let plays die, and on Thursday evening they continually frustrated Greeneville, but the Lady Devils were able to push through that earn a 3-0 sweep, 25-19, 25-16, 25-16.

“I’m proud of my girls for pushing through a few things that were frustrating them,” Greeneville coach Sara Aiken said. “Even though they were visibly frustrated they went out and did what they could. I’m proud of that. I love West Greene’s relentless pursuit of the ball, and that is hard to play against. You think a ball is down, then its off a foot or a shoulder and suddenly its back on your side. That was part of what had us frustrated, but pushing through that was important.”

The day started with West Greene’s Morgan Brown serving up an ace on the first two points of the first set, but after two missed opportunities at the net by the Lady Buffaloes Greeneville moved in front 6-3.

That lead grew to 10-5 after senior setter Eden Aiken skillfully flipped a dump behind her head and followed that up by scoring on a tip. With West Greene quick to get under Greeneville’s heavy swings Aiken’s ability to manufacture second-hit points on Thursday proved to be difference maker throughout the contest.

“That makes a defense stay super true,” coach Aiken said. “Then that open things up for attackers. Eden’s IQ of the game is very helpful in situations against defensive teams.”

West Greene was able to narrow the gap to 13-10 after kills from Taylor Lawson and Macy Ricker.

Kinsley Ellenburg was then able to land three consecutive aces for the Lady Buffs to knot the score at 15-15.

Greeneville got a little breathing room at 18-15 on a well-timed tip by Lauren Bailey. Kills from Kyla Jobe and Bella Devoti made it 24-18 before the set ended in a 25-19 Greeneville win.

In the second set Bailey gave Greeneville its first lead with two blocks and a kill on three consecutive plays that made the advantage 7-4.

Aiken then came up with a dump and Hannah Gray followed with an ace to push the score to 11-6.

Behind kills from Chloe Marsh and Jobe the Lady Devils’ lead grew to 17-10. Then a stretch that saw Devoti slam down a pair of kills pushed Greeneville lead to 22-13.

Devoti is usually a secondary option for the Lady Devils’ attack, but on Thursday she led the way with 11 kills.

“I have Bella over there for her block, she is big blocker, but when she comes through with those big swings it makes everyone super thankful. That leaves everyone else going against a solo block because the defense has to pay attention to Bella,” Aiken said.

West Greene stopped the run with a backrow kill from Madi Brown and an ace from Maddie Brynat, but Greeneville stayed in front for the 25-16 win.

The Lady Devils started the third set hot and jumped in front 7-0. Marsh and Gray had kills in the run while Jobe and Devoti combined for two blocks.

Greenville’s lead grew to 12-3 after Bailey scored on a tip and a block. Marsh followed with three kills, both from the left and right, to push that advantage to 18-6

West Greene brought the deficit back to single digits at 22-13 with Ellenburg earning a kill and Silvia Lunardon scoring on a pair of aces.

The run was short lived and the teams traded points to a 25-16 Greeneville win.