Greeneville Looks To Build On Momentum In Trip To Grainger 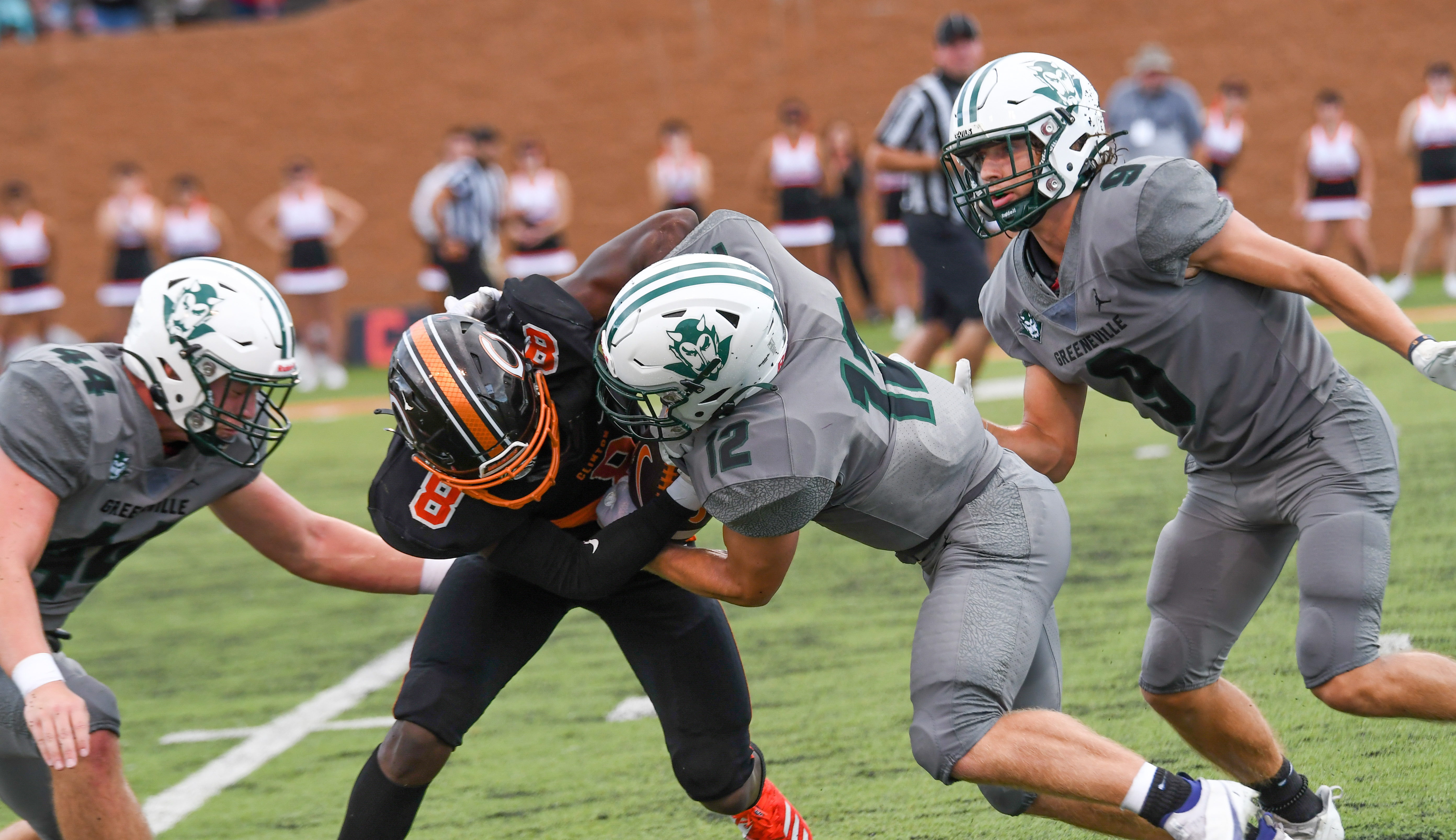 Greeneville Looks To Build On Momentum In Trip To Grainger

The Greeneville football team started the year with a bang, beating Knox Central 49-7 and then showing up as the top ranked team in Class 4A in the first AP Poll of the season.

“I felt like the guys really played hard last week, and we needed to see that,” Greeneville coach Eddie Spradlen said. “We had a few guys we needed to step up who did, and we had some guys step in and make a few plays that we weren’t expecting them to make. That’s always good to see in the first game. I feel like we got better as a football team.”

Grainger is coming off a 42-32 win over Cumberland Gap last week.  The Grizzlies focused on the ground game in the win with Tucker Gillette running for 108 yards and a touchdown and Dawson Fowler picking up 53 yards with two scores.

Spradlen wants to see his defense tested against a power running attack, and thinks it will see exactly that on Friday night.

Last week Greeneville’s defense was up for any test presented to it and forced six turnovers against the Bobcats. Spradlen was impressed with the effort and will continue to emphasize the importance of taking the ball away as the season moves forward.

“We stress that in practice and weekly we do a takeaway circuit,” Spradlen said. “We tell them that we have to create turnovers. We want them to be in the habit of trying to punch the ball out, we call it starting the lawnmower. We want that that ball on the ground and want to get that ball back to our offense.”

On offense very little went wrong for the Greene Devils in their season opener as they put up 49 points in the first half.

Most impressive was the efficiency of passers Brady Quillen and Corbin Cannon who combined to complete 9-of-10 attempts. Quillen threw for 109 yards while Cannon threw for 84 yards and a touchdown.

“Both quarterbacks did a really good job throwing the football last week,” Spradlen said. “It was really good to see them be that efficient, and I think it all goes back to the hard work both of those guys have put in. We are coming in on Sunday night and putting in extra work with the receivers, and its good to see that work correlate to what is happening in the game.”

This week Spradlen wants to establish the run game. He came away impressed with Damien Short in his first start, and liked the change of pace Carson Quillen provided. On Friday he expects to get power backs Bryson Myers and Zac Chrisman more involved as well.

“Damien Short came in and I couldn’t ask for anything more out of him,” Spradlen said. “He’s a physical football player and he showed that on Friday night. He’s a guy that is hard to tackle and as the game goes on teams don’t want to tackle him. You could see that last week, after getting run over some of those guys started to get out of the way in the second quarter.”

Last year Greeneville defeated Grainger 78-6 and all time the Devils are 13-0 against the Grizzlies.