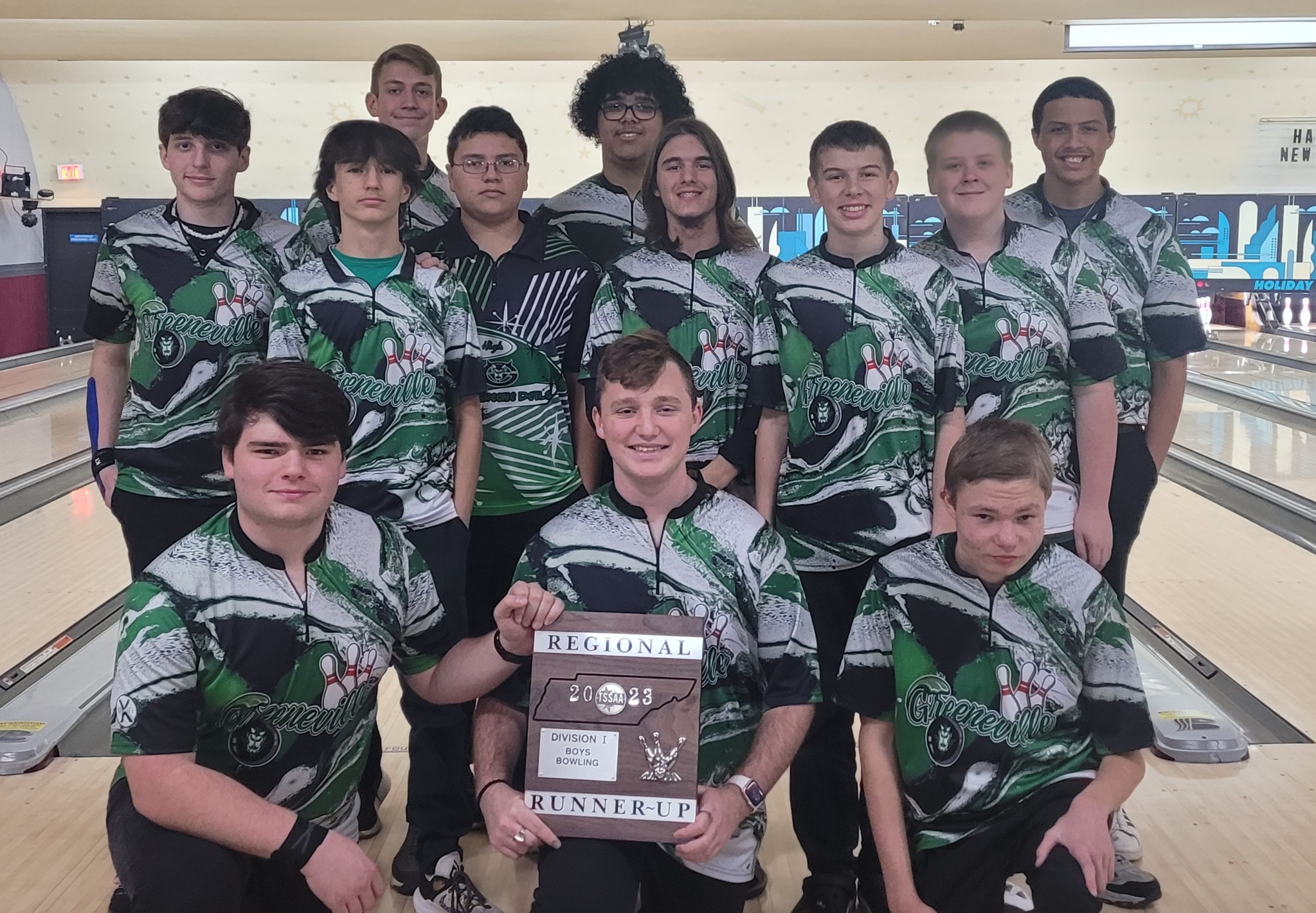 Following a long and competitive season, bowling teams from Region 1 gathered at Holiday Lanes, in Johnson City looking to crown a tournament champion.

Greeneville’s boys faced off with Cherokee during the first round and began the day with a bang.   The Devils collected four individual wins behind J-ayden Key’s 236, Casey Doughty’s 216, and Thomas Froburg’s 180.  The Chiefs were paced by Carter Cuthrell (193) and Jayke Leaverton (174).

Greeneville responded and collected the last two victories (215-175 and 154-140), securing the 17-6 win and solidifying their spot in the championship game, along with a birth in the sectional portion of the TSSAA State Tournament.

Leading 7-1, the two teams went into the Baker format and had some competitive matches.  D-B would take the first one 215-207, while Greeneville would rebound to take the second 213-199.  From there The Tribe would pull away (233-158, 169-103, and 169-119) to claim the regional championship 20-3.  With the win, the Tribe will host William Blount on Monday, while the Greene Devils will take to the road to face Sevier County at noon (also on Monday.

On the girls’ side, Greeneville would open the tournament against Dobyns-Bennett.  Both teams would split the individual points in the first game, but the Lady Indians would hold a slim 5-3 lead (880-695).  Riley Grace Bridges (192) and Abby-Jay Jardines (180) would lead the way, while Alexis Marante would roll a career best 202 for the Lady Devils.