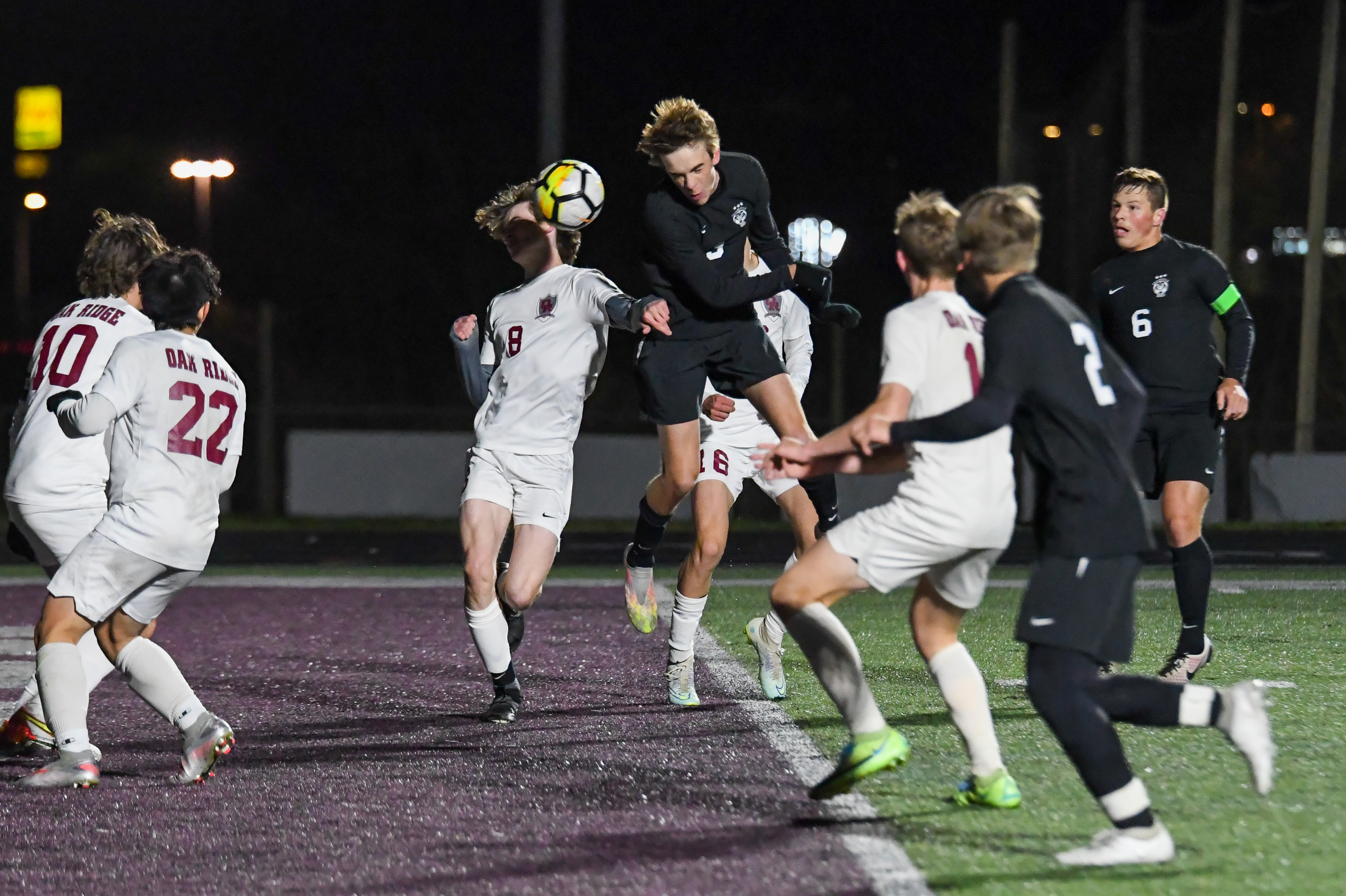 KNOXVILLE – Effort was not the problem for the Greeneville soccer team on a frigid Friday night, but finishing was, as the Greene Devils fell to Oak Ridge 3-1 in their first of three games at the Bearden Invitational.

“We’re disappointed because we thought we had a chance to come away with a win tonight, but I’m not disappointed in our guys,” Greeneville coach Jerry Graham said. “Their work output has been tremendous. These guys never have a bad day in practice, and as coaches we are ready for that hard work to pay off in a win.”

The turnaround is quick for Greeneville as it will play again on Saturday against Farragut at 12:30 p.m. at Bearden, and then again at 1 p.m. on Sunday against Austin-East.

The Greene Devils came out of the gate as the aggressors on Friday and sent two shots at the frame in the first three minutes, but one flew over the crossbar and the defense stepped in to stop the other.

“One of our troubles this year has been finishing in that final third,” Graham said. “We had some really good opportunities, and we couldn’t capitalize on them.”

For the first 15 minutes of the contest Greeneville controlled the attack, and in the 10th minute Brady Quillen had a good look on a long range shot that had the Wildcats beat, but it was just wide of the left post.

After those first 15 minutes the attack switched to Oak Ridge’s favor and the Wildcats put pressure on Greeneville.

“They didn’t change shape or anything on defense, they may have just got their footing after starting with a wet night on the turf,” Graham said. “We didn’t sink back either, but for some reason they took the momentum after the first 15 minutes.”

The Wildcats broke through in the 27th minute when Daniel Vogt came up the left side and sent a cross into box to Vuong Tran. Tran put two touches on the ball and slammed a shot into the back of the net from 10 yards away on the right post.

In the 31st minute Tran caught the defense off guard and pushed the Wildcats’ advantage to 2-1. He came into space with the ball at his feet more than 30 yards from the frame and took the chance on a shot. Greeneville keeper Aiden Creech was off line and no defender was close enough to the ball to make a stab as it safely flew into the back of the net.

Greeneville only had one more chance in the first half when Drew Shelton took the ball toward the endline in the 39th minute and took a tough angle shot that was dangerous but stopped by keeper Bryson Brown.

In the second half Greeneville took the attack to Oak Ridge once again, but early on they struggled to get a numerical advantage which limited shot attempts against a collapsing Wildcats’ defense.

Greeneville finally broke through in the 59th minute when Austin Beets made his way past the defense up the left side . He broke to the middle and then sent a pass back to the left edge of the box to Cade Snelson. Snelson worked toward the frame from five yards and then sent a shot into the far side of the net to close the gap to 2-1.

In the 62nd minute Greeneville had two good chances at the equalizer. First Beets sent a shot from the middle of the box that was knocked just off its line, but gave the Devils a corner kick.

Shelton lobbed up the ensuing corner kick and Landyn White met it with head, but the shot went wide of the frame.

In the 67th minute Oak Ridge scored its third goal. Vogt got ahead of the defense on the right side and sent a cross into the box. In the crowded the box the pass met the foot of Sebastian Salas-Vaca first and he deflected it upward before punching the ball out of the air and inside the right post for a goal.