Greene Devils Get Walk Off Win Over Claiborne, 7-6 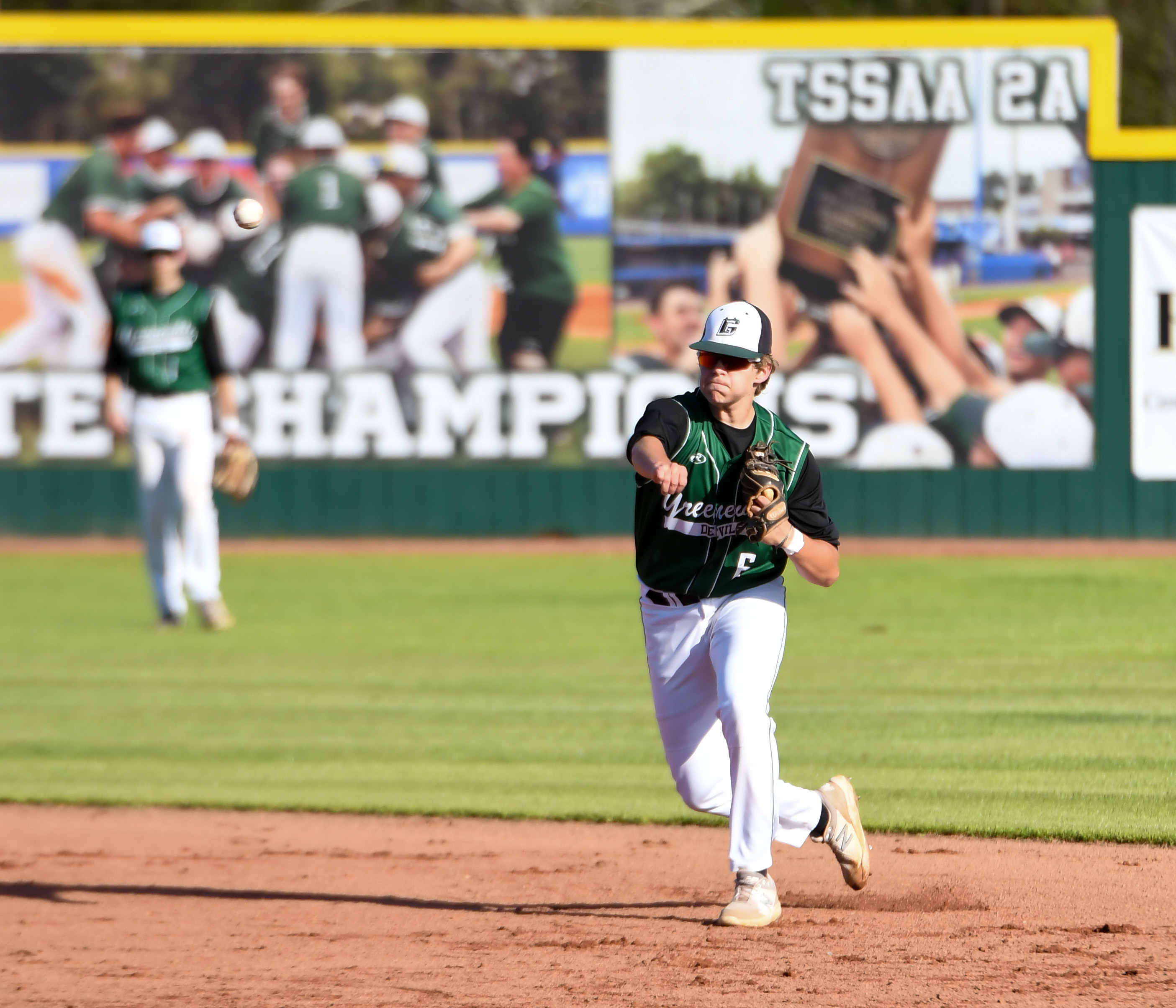 Greene Devils Get Walk Off Win Over Claiborne, 7-6

Yogi Berra said it best in one of his many quotes, “it ain’t over ‘til it’s over”. That was the mindset of the Greene Devils baseball team on Wednesday as it never led in the game until it was over, winning in walk-off fashion 7-6 over visiting Claiborne.

Assistant coach Bryan Everhart was full of excitement, saying, “Wow!... Good baseball teams always stay within reach, and we didn’t have our best stuff tonight until we needed our best stuff. Unbelievable job by our team down the stretch, a huge win for us”.

Kobe Mundy started off the decisive bottom of the seventh inning with a double over the head of the center fielder. Corbin Cannon moved Mundy to third with a bunt and Carson Norris hit a sacrifice fly to tie the game at 6-6 with two outs.

Carson Quillen hit a line drive down the leftfield line for a double. With Quillen in scoring position Parker Shipley stepped to the plate with a chance to win the game with a hit. Shipley took a ball inside, then the lefthander smacked a clean single to the right side out of the reach of the second baseman, and Jason Green’s throw was not in time. Quillen was safe and the Devils won in walk-off fashion 7-6.

Shipley said, "I saw the second baseman playing almost behind the bag and I knew if I pulled the ball he couldn’t get to it. I’ve had kind of a rough year so far and I was due….I was definitely nervous but I thought I could do it”.

Claiborne struck first on Wednesday with two runs in the first inning when Dylan Foster scored after getting an infield single. He moved to second on a botched pick off at first and Ty Pryse reached on an error before Foster scored on a wild pitch. Pryse would score on a ground out, and the Bulldogs led 2-0 with the Devils coming up in the bottom half.

Greeneville's Colton Richards walked, went to second on a passed ball and took third when the Bulldog catcher Trace Davis tried to throw him out. Richards scored when third baseman, Jason Green couldn’t handle a grounder hit by Ty Casteel.

The Devils did manage to tie the game briefly at 2-2 when Preston Justice walked with the bases loaded scoring Shipley, but the Devils were unable to take further advantage when Claiborne starter Sunny Smith struck out Mundy and Cannon to end the third inning.

Claiborne added two more runs in the top of the fourth as Tyler Myatt and Joseph Houser hit back to back singles to right field. A wild pitch moved both runners and an error scored both for a 4-2 lead.

The Bulldogs scored two more in the fifth. After a triple by Pryse, Myatt was looking curveball and smacked it over the right field wall for a two run shot to make the score 6-2.

The Devils got a little closer in the bottom half as Eli House hit a soft liner just out of the third baseman’s reach. Justice hit a solid single to left-center and Mundy was called on to bunt the runners over. Mundy was safe when Smith’s throw went into centerfield scoring House.

Cannon bunted the runners over into scoring position, then Norris had a ground out RBI to score Justice to make the score 6-4 with two outs. Carson Quillen hit a grounder passed third to score Mundy and the Devils trailed 6-5 after five innings.

Shipley also picked up the win on the mound in relief. Quillen and House both had two hit for the Devils. Myatt had two hits, including a homerun for the Bulldogs.