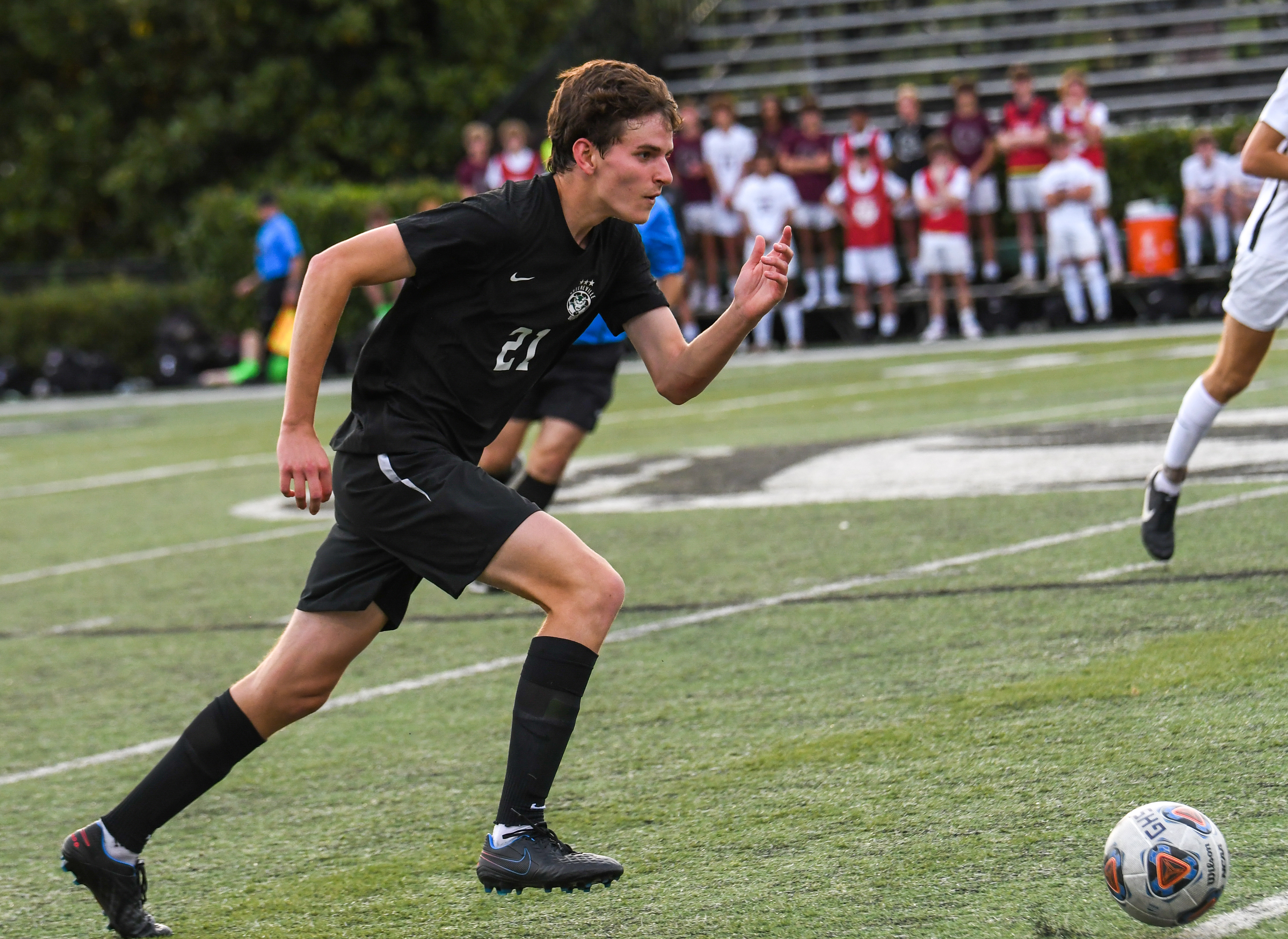 The Greeneville soccer team advanced to the District 1-AA championship game with a 9-1 over Unicoi County on Tuesday in the tournament’s semifinals.

Greeneville will now play Tennessee High on Thursday at 6 p.m. at home in the district title match.

Cade Snelson started his hat-trick evening with a goal in the 15th minute. He took in a pass from Zach Barnes and blasted in a shot from 16 yards.

One minute later Drew Shelton set up David Fisher for a long shot from outside the box. Fisher scored two goals on Tuesday while Shelton had a goal and an assist.

The goal-scoring flurry continued, but this time Unicoi’s Bryan Espinoza scored in the 17th minute to close the gap to 2-1. Espinoza’s goal was the only shot Unicoi sent at the frame on Tuesday, as Greeneville’s back line smothered the Blue Devils all night.

In the 21st minute Shelton tapped in a pass from a Shelton, and in the 30th minute Brady Quillen made the score 4-1 when he lasered in a shot from 25 yards.

Snelson sent Greeneville into halftime leading 5-1 when he launched in a shot from the top of the 18-yard box.

Blake Rogers picked up Greeneville’s offense in the second half, starting by dribbling through the defense in the 52nd minute before firing in a goal. Rogers then set up Snelson for his third goal of the day and a 7-1 Greene Devils’ advantage.

In the 59th minute Unicoi’s defense knocked in a shot from Rogers for an own goal.

The final goal of the night came in the 65th minute when Fisher banged one in from the top of the box.

Greeneville dominated possession on Tuesday and put 25 shots on goal compared to one for the Blue Devils.