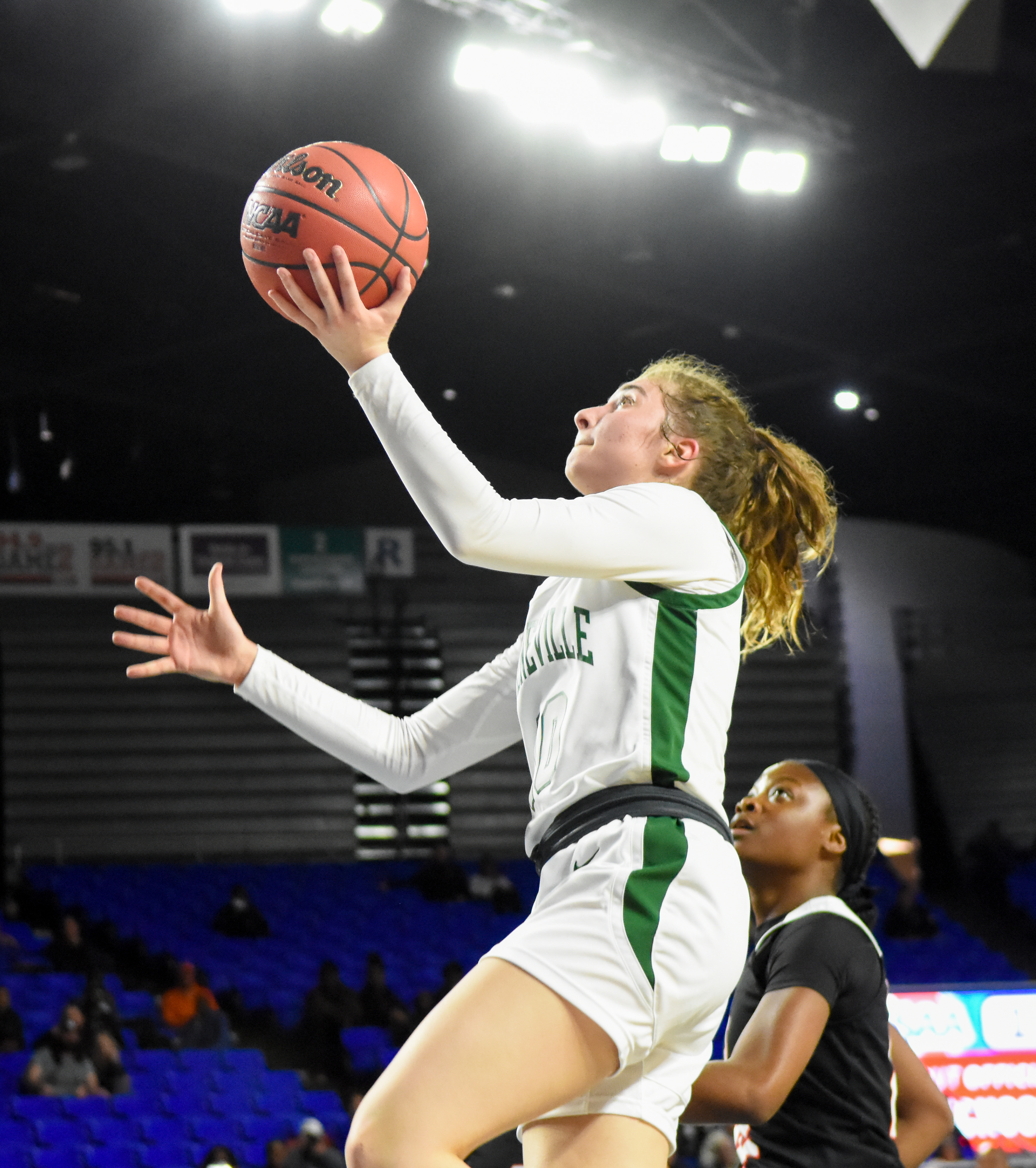 We at Grassroots Media are excited to announce our inaugural All-Greene County Girls Basketball Team.

The team was selected by the Grassroots Media’s staff with input from local coaches. Selections are based on performance and production during the 2021-2022 season.  With all five local teams advancing to the region tournament this year and two teams advancing to the state tournament there were plenty of worthy candidates to choose from, but we decided on one Player of the Year and the 10 players who we deemed to be the most deserving candidates.

Bailey was selected as Grassroots first ever Girls Basketball Player Of The Year after a dominating junior campaign. Bailey was named the District 2-3A Player of the Year, and was the District 2-3A Tournament MVP. She helped the Lady Devils to their first district tournament championship since 2017.

She scored 31 points against Grainger in the district title game and in the semifinals against Cocke County she went for 23 points.

Bailey kept the Lady Devils season alive in the Region 1-3A semifinals when she gave Greeneville its first lead with 15 seconds left in the game, and erased a 15-point fourth-quarter deficit. She scored 31 points in the season extending win.

Then, on the road at Seymour in the state sectionals she put in 25 points as the Lady Devils cruised by the Lady Eagles to advance to the state tournament for the first time since 2010.

On the year Bailey led Greeneville by averaging 18.2 points and 7.8 rebounds per game. She shot 48 percent from the field and 36 percent from behind the arc. With her length, ability to score in the paint, and her ball-handling skills Bailey was a nightmare to guard for every defense she faced, and for that she was selected the Tennessee Sports Writers Associations Class 3A All-State Team.

DeBusk, a Tusculum signee, was the player that made everything go for Greeneville this year. From her point-guard spot she directed everything the Lady Devils did on offense, and on the defensive end she was often on the front end of press pestering opposing offenses.

Hayes was the defensive stopper for Greeneville this season. Night in and night out she drew the toughest matchup on the perimeter, and it was rare that she let coach Annette Watts down. She was also knock-down shooter on offense, connecting on 46 percent of her attempts from the floor.

Marsh was Greeneville’s top player in the paint this season. She played as tough as anyone on the court every night, and she made up for what was a size disadvantage most nights with athleticism and leaping ability. Many opposing centers could outreach Marsh, but few could out jump her in a battle for a rebound.

She was often a key to what the Lady Devils did on defense, and her offense picked up to where she scored 10 points per game this season. Marsh also grabbed 5.3 rebounds per night, and swiped 2.1 steals.

Davenport played every role imaginable for North Greene this season. On one end of the floor she may have been the Lady Huskies primary post defender, and when the ball went the other way she was leading the offense as a point guard. She was also a dangerous scoring threat from the wing, and as a senior developed her ability to score from the block as well.

Her most impressive performance of the season may have been in the fourth quarter of the Region 1-1A semifinals when she shut down Unaka Miss Basketball Finalist Lyndie Ramsey in a 54-36 win that extended the Lady Huskies season. She went on to be named the Region 1-1A Tournament MVP and was selected to TSWA’s Class 1A All-State Team.

Davenport finished the year averaging 12.9 points, 4.3 rebounds, 1.6 assists and 1.3 steals per game. She shot 48 percent from the field and 39 percent from behind the arc for the Lady Huskies. Davenport has signed to continue her college career at Milligan University.

Anderson was huge midseason addition for North Greene season. Many were unsure if the two-time All-State selection would be able to play this season, but she returned to action and by the postseason was once again dominating opponents. Her play in the paint was a big reason the Lady Huskies were able to make it back to the state tournament for a third straight year.

In the state sectionals against Oneida Anderson led all scorers with 17 points in a dominating performance. On the year she averaged 10 points, 7.9 rebounds, 1.3 assists, and 1.2 steals per game. She shot 58 percent from the field.

Sanders did a lot of things that did not show up in the stat sheet for North Greene this season, but without her the Lady Huskies would not have been in the state tournament for a third year in a row. The point guard directed the Lady Huskies’ offense, and always looked to set up a teammate before scoring herself.

On defense Sanders always drew the toughest matchup and she always frustrated her opponents with her quick hands and her sticky defense.

Sanders finished the years averaging 5.6 points per game, with 2.7 assists, and 2.1 steals per game.

Williams was a matchup problem in the paint all year long for South Greene. Her combination of size, speed, and athleticism gave the Lady Rebels an advantage almost every time she stepped on the floor. The only thing that could slow her down this year was a wrist injury that sidelined her for 12 games.

Williams led South Greene with 12.1 points, six rebounds, 1.4 blocks and 1.3 steals per game in her senior campaign. Williams has signed to play volleyball at Tusculum University.

Mullins was a true glue player for South Greene this season. As the roster changed a lot through the course of the season Mullins was the one piece that was constant. What made Mullins stand out was her ceaseless hustle, she was first player to every loose ball, she was always there to help on defense and when called upon she was skilled at directing the offense.

She led South Greene with 2.0 assists and 2.1 steals per game. She was second one the team with 5.2 rebounds per game, despite almost never having a size advantage, and she scored 6.3 points per game.

After a knee injury erased her freshman season it was hard to know what to expect from South Greene sophomore Emma Cutshall, but what the Lady Rebels got was a dangerous scorer.

Cutshall was South Greene’s second leading scorer with 11.7 points per game. She also grabbed 4.5 rebounds per contest. Cutshall led South Greene with 51 made three-pointers and shot 36 percent from behind the arc.

The West Greene girls had to overcome some key injuries this season, but still managed to put together their best season since 2005. A big reason for that was the play of senior Tayli Rader.

Rader was the Lady Buffaloes go-to player this year and led the team 12.7 points per game while also grabbing 4.1 rebounds per contest.