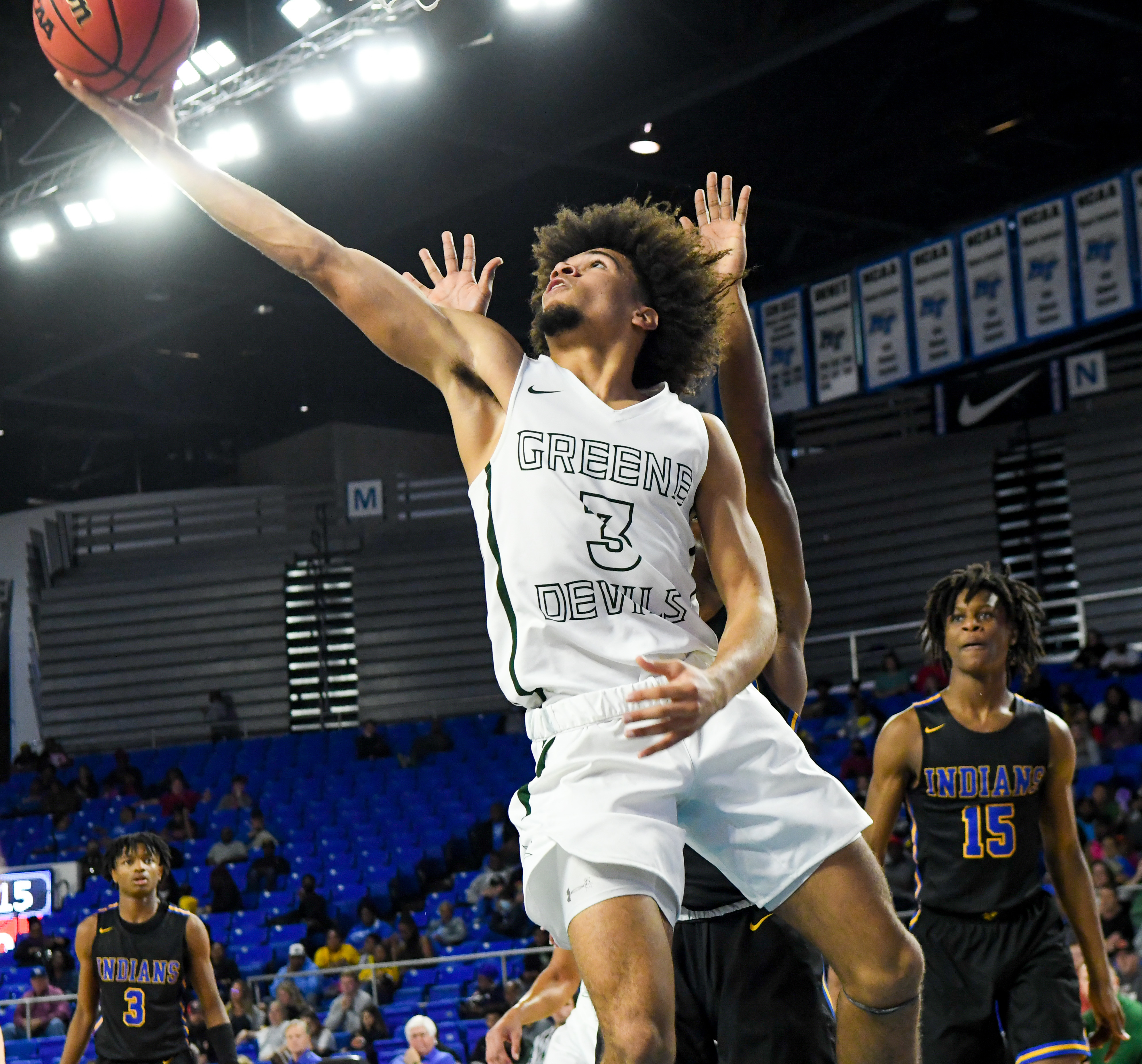 We at Grassroots Media are excited to announce our inaugural All-Greene County Boys Basketball Team.

The team was selected by the Grassroots Media’s staff with input from local coaches. Selections are based on performance and production during the 2021-2022 season.  With all five local teams advancing to the region tournament this year and two teams advancing to the state tournament there were plenty of worthy candidates to choose from, but we decided on one Player of the Year and the 10 players who we deemed to be the most deserving candidates.

Ja’Kobi Gillespie won almost every other award possible during his time at Greeneville, and adding Grassroots Media’s first ever Greene County Player of the Year seemed like an obvious choice.

Gillespie, a Belmont Signee, was the driving force behind the Greene Devils becoming back-to-back state champions as he averaged 27.3 points, 4.9 rebounds, 4.4 assists, and 2.2 steals per game.

In March he became the first player in Greeneville basketball history to be named Mr. Basketball after he won the Class 3A award. Gillespie was also a two-time Tennessee Sports Writers Association All-State selection.

He was also twice named the State Tournament MVP. This year during his three games in Murfreesboro Gillespie averaged 26.3 points, 5.67 rebounds, 4 assists and 2.67 steals per game during the state tournament.

And you can’t forget that his jaw dropping alley-oop, bounce-pass dunk in the state sectionals against Halls that made SportCenter’s Top 10.

Satterfield will leave Greeneville as one of the program’s most decorated players. He helped the Devils to three state tournament appearances and two state championships. For that he was a three time All-State selection by the TSWA.

He, along with Gillespie, is one of two 2,000-point scorers in Greene Devil history.

As a senior Satterfield averaged 16.7 points, 4.9 rebounds and 2.1 assists per game. He shot 44.8 percent from three-point land, and sank 3.1 triples per contest.

The Greene Devils entered the season with two proven guards who had proven they could dominate almost any opponent, but as Adjatay Dabbs emerged this season the Devils became nearly unstoppable on their way to becoming Class 3A State Champions.

Dabbs entered the starting lineup for the first time as a junior and averaged 10.5 points, 3.1 assists, 2.9 rebounds and 2.0 steals per game.

Britton burst onto the scene as a junior, and behind his hot shooting the Huskies made it back to the Class 1A State Tournament.

Britton proved to have a knack for late-game heroics this year. Against Hampton in the regular season he sank an off-balance three-pointer that sent the game to overtime. In the Region 1-1A semifinals against Jellico Britton went the length of the floor and dropped in a runner that extended North Greene’s seasons. He then put in a reverse in the waning seconds of the region championship game to give North Greene a 49-47 win over Hampton.

Freshour was only returning rotation player from North Greene’ state semifinals team in 2021. In his senior year he took over as the Huskies’ leader and helped an entirely new starting lineup get back to the state tournament.

Freshour was one of the Huskies most versatile players. He could be a scoring threat, and rebounder, and a tough defender both inside and outside.

Brand, a 6’8” German exchange student, was a huge addition to North Greene’s lineup this season. On defense Brand protected the rim and altered shots, while on offense he became an inside-outside threat for the Huskies.

Brand scored 11.7 points per game, while leading North Greene with 7.5 rebounds, and 1.1 blocks per game. He shot 51.7 percent from the field.

Chuckey-Doak’s 6’8” big man Christian Derry was a double-double machine this season. He helped the Black Knights to their first district championship since 2013, and he was named the District 1-2A Tournament MVP.

Tullock became a dangerous scorer from all over the floor in his junior campaign, as he helped the Chuckey-Doak to it first district championship since 2013. Tullock led Chuckey-Doak in scoring with 19.2 points per game. He Shot 37 percent from three-point range and 52 percent from the field.

He also averaged six rebounds, 3.4 assists and 2.6 steals per game.

Frye became one of the most dynamic scorers in northeast Tennessee during the 2021-22 season. He had a knack for slashing through the lane and rolling buckets from seemingly impossible angles. He could also score from the outside, and his passing skills were on par with his shooting skills as he set up teammates with 6.8 assists per game.

Frye led the Buffaloes with 18.9 points per game and on defense he averaged 2.2 steals per game.

Turner continued his breakout season on the gridiron for the Buffaloes with a tremendous year on the hardwood. He was an athletic mismatch in the post with a motor that never stopped running. Turner averaged a double-double for the season with 14.1 points and 11.9 rebounds a night.

Lamb came back from an injury that sidelined him his entire junior season, and he became the player that made South Greene go during his senior campaign. He controlled the offense with both his scoring a passing ability. During an up and down year Lamb was a constant for the Rebels. He averaged 13.1 points per game with 3.8 assists per game. Even when Lamb’s shots didn’t fall he was an expert at drawing contact and helped his cause with 162 free throws this season.