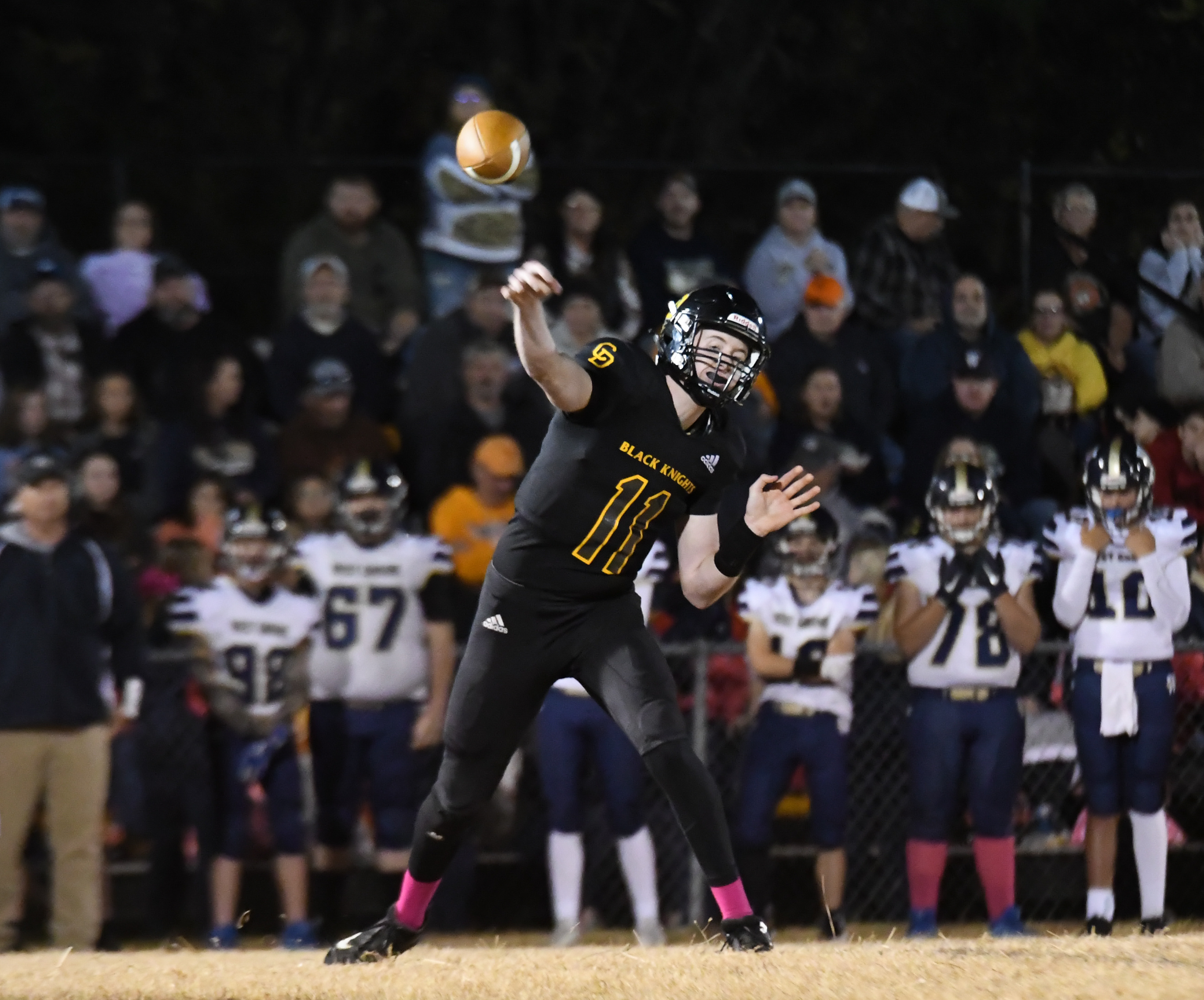 We at Grassroots Media are excited to announce our second annual All-Greene County football team.

The team was selected by the Grassroots Media staff with input from local coaches. Selections are based on performance and production during the 2022 season.

We were fortunate to see all five Greene County teams make the playoffs this season, and some of them did so in historic fashion. With that came some truly spectacular seasons turned in by a plethora of great players, which meant there were a lot of worthy candidates to choose from. Selections were not taken lightly, but our staff watched more games than anybody else, did more interviews than anybody and broke down more film than anybody else, and because of that we feel like we have given you the best team we can to represent Greene County football.

So without further ado, here is your Grassroots Media All-Greene County football team, the offense.

Chuckey-Doak quarterback Cadin Tullock has been named the Grassroots Media Offensive Player of the year. Tullock threw for a school record 2,040 yards, which led the county, while tossing 27 touchdown passes with just five interceptions. Tullock also ran for one touchdown. He was named the Region 1-3A Player of the Year after leading the Black Knights to their best season ever during which they won 10 games for the first time and won a playoff game for the first time since 2011. Under Tullock Chuckey-Doak was one of the top scoring offenses in the state, averaging 41.3 points per game.

Greeneville quarterback Brady Quillen has been selected as the quarterback of the Grassroots Media All-Greene County Team. Quillen led Greeneville to a 10-0 regular season for the second year in a row, while having the Devils ranked number one in the Class 4A most of the season. He threw for 2,007 yards with 20 touchdowns and five interceptions while completing 67 percent of his passes. Quillen was also a threat on the ground with 345 rushing yards and seven touchdowns. He was named the Region 1-4A Player of the Year.

Brasen Murvin just kept finding the endzone this season for Chuckey-Doak, crossing the goal line 27 times as a junior. He ran for 1,561 yards with 25 Touchdowns while averaging 9.4 yards per carry. He also caught 14 passes for 234 yards with two more scores. Murvin was named first-team All-Region 1-3A.

North Greene sophomore Yeshua Vaught took over the Huskies backfield and became one of the most dangerous running backs in the area this season. Vaught finished the year with 1,038 yards rushing with nine touchdowns. He also had five receptions for 87 yards and another touchdown.

Vaught was also one of the Huskies' top defenders with 41.5 tackles with five tackles for loss.

Adjatay Dabbs drew the attention of every defense Greeneville played this season, but they still had a hard time catching him. The Mercer signee hauled in 692 yards worth of passes while averaging 18.7 yards per catch and scoring eight touchdowns. He also ran for four touchdowns. As a returner Dabbs averaged 35.5 yards per kick return and 13.5 yards per punt return. Against Morristown West he returned a kickoff for a touchdown. Dabbs was the Region 1-4A Co-Offensive Player of the Year.

Chuckey-Doak had an explosive passing attack this season in large part due to the speed of Austin Morris. Morris caught 25 passes for 804 yards, good for an astounding 32.2 yards per receptions, while he ended up in the endzone 11 times. On defense he made 26 tackles with two interceptions. Morris was named first-team All-Region 1-3A.

In a group of talented receivers at Chuckey-Doak this year junior Isaiah Treadway stood out. He caught 16 passes for 414 yards with five touchdowns. Making the most of his opportunities Treadway averaged 25.9 yards per catch.

On defense he made 20.5 tackles with three tackles for loss, one forced fumble and one interception. Treadway was named first-team All-Region 1-3A.

Ty Williams was one of the area's top offensive linemen this year, and that earned him a scholarship at Austin-Peay. The senior helped Greeneville run for over 2,500 yards while averaging six yards per carry. The Devils produced 378 yards of offense per game and scored 40.1 points per game. Williams was the Region 1-4A Co-Offensive Lineman of the Year.

Kam Lester was Williams' partner on the right side of the offensive line and helped Greeneville's offense put up over 40 points and 378 yards per game. Behind his road-grading abilities the Devils ran for over 2,500 yards.

Alex Jimenez anchored West Greene's offensive line from his center spot. He helped West Greene run for 1,914 yards while averaging 6.2 yards per carry. Behind his leadership West Greene won eight games for the first time since 1981. Jimenez was first team All-Region 1-3A.

Roger Marshall was another standout on the line of scrimmage for West Greene this season. He was big part of the Buffaloes being able to average 6.2 yards per carry while the team ran for 1,914 yards.

On defense Marshall led Greene County with 105 tackles. He had three sacks and six tackles for loss. Marshall was the Region 1-3A Co-Defensive Lineman of the Year.

Zander Thompson was South Greene's top offensive lineman this year, and was the veteran among a young group on the line of scrimmage. He helped the Rebels run for 125 yards per game while averaging 5.02 yards per carry. On defense Thompson made 23 tackles. He was named first team All-Region 1-2A.

However West Greene decided to use Jaden Gregg this season he produced. He played quarterback, running back and receiver at different times this season. He led the Buffaloes in passing with 621 yards and 10 touchdowns. Gregg was the team's leading rusher with 656 yards on 70 carries with six touchdowns. He also had three catches for 33 yards.

German exchange student Kalle Nagel had never played football before this season, but he proved to be one of the most important pieces to West Greene's success in 2022. Nagel made 29 extra points, and also came up with two of the biggest field goals ever witnessed on The Range. He connected on game-winning boots against South Greene and Unicoi County. The first brough the Milk Can back to West Greene for the first time in five years, and the other gave the Buffs a home playoff game. And you can forget his perfect onside kick against South Greene that set up the eventual game-winning drive.