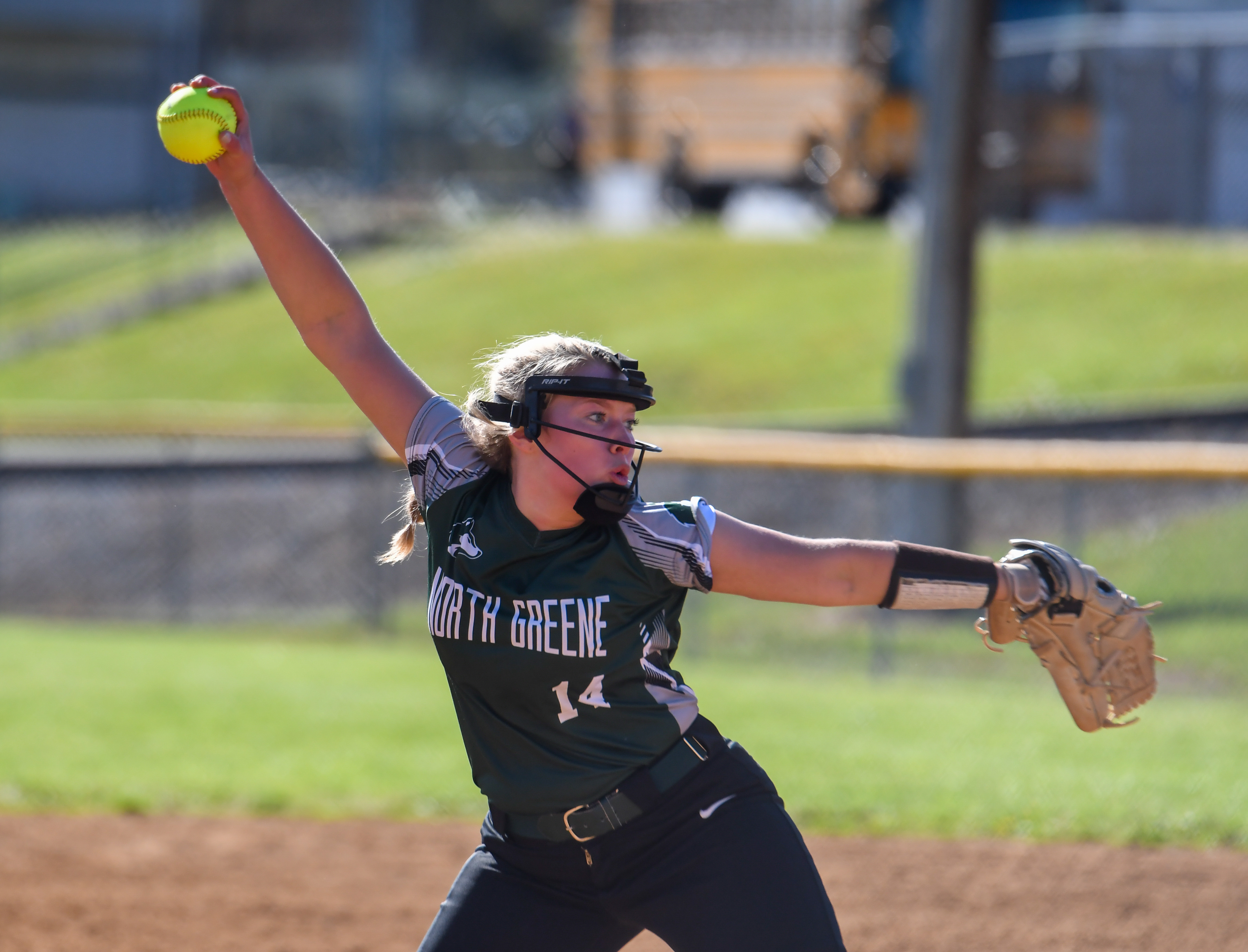 North Greene's Cambell Gaby had things going her way on the rubber and at the plate against Cloudland Friday night, allowing only three hits and one run while striking out 12 in only five innings as the Lady Huskies earned an 11-1 win.

North Greene Coach Danny Weems said, “She was really focused tonight after a tough game last night and pitched a really good game for us”.

Gaby struck out the side in the top of the first, then in the bottom half knocked in the first run of the game with a single to centerfield after Anna Weems was safe on a fielder’s choice and moved to second on Haley Bailey’s single. The Lady Huskies were up 1-0 after one inning.

Both teams went down in order in the second. In the top of the third Gaby struck out the side in 1-2-3 fashion.

Zoe Sanders lead off the bottom half of the third with single to center. She stole second and moved to third on Kessie Antonelli’s ground out. Weems then laced a shot to left scoring Sanders for an RBI single.

With Gaby at the plate a passed ball put Weems on second, with the hit and run on Weems scored all the way from second on an infield single by Gaby. At the end of three innings the Lady Huskies led 3-0.

Cloudland's Ryan Turbyfill was sitting on an off-speed pitch for a clean single to center to start the fourth frame. She moved to second on a ground out and scored when Ella Benfield  hit a deep shot over everyone's head in right for an RBI double.

Gaby was able to get out of the inning without further damage by striking out Saharra McKinney.

In the bottom half the Lady Huskies added four more runs when Paysli Randolph got things started with a double to left. Sanders’ infield hit then put runners at the corners.

Sanders stole second just before Antonelli’s little pop single behind second scored Randolph. Bailey’s single to center scored Sanders to make the score 5-1. With two on and two outs Gaby hit a shot to right that went off Isabella Christmans glove scoring Antonelli and Bailey and the score was 7-1 with four innings in the books.

In the top of the fifth inning Gaby looking like she was gaining strength got the last two out swinging and the Lady Huskies had things going their way.

With two outs and no one on the Lady Huskies mounted a rally. Sanders singled up the middle and stole second to put herself into scoring position. Antonelli hit a solid single to left-center for an RBI, scoring Sanders. Weems hit a soft liner to left for a hit and Bailey was hit by a pitch to load the bases for, none other than the “Gal of the hour” Cambell Gaby. She did not disappoint anyone as she hit a shot to center scoring Antonelli and Weems in walk off fashion, a 10 run rule win.

Coach Weems said, "We had 15 hits tonight; anytime we get 15 hits I like our chances, we’re going to score some runs, our girls run the bases very well and tonight was just a good night for our team”.

Gaby was 3-for-4 at the plate with four RBIs. Sanders collected three hits while Antonelli and Weems had two hits each.

Gaby picked up the win pitching five innings while fanning 12 and giving up only one run on three hits.