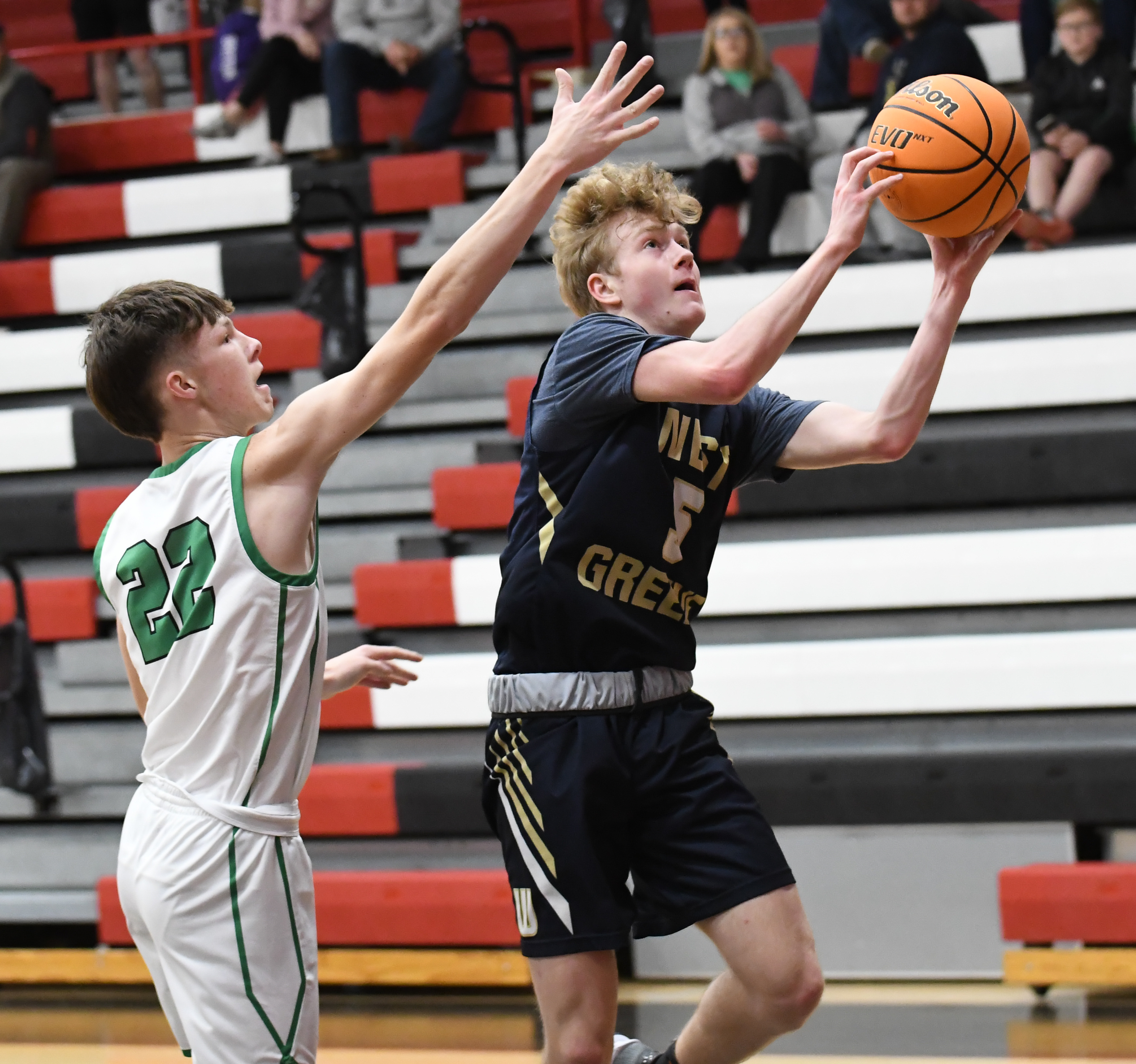 ROGERSVILLE – The West Greene boys needed a spark on Saturday afternoon, and what senior point guard Leyton Frye gave the Buffaloes was an inferno.

In the opening round of the Big H BBQ Bash at Cherokee High School Frye torched the nets for a career best 42 points as he led West Greene to an 85-66 win over Jenkins, Kentucky.

“Today felt awesome, I’ve never scored 40 points in a school ball game and today was special,” Frye said. “I knew we needed a spark in the second quarter, you kind of expect to start slow in a 2:00 game so I felt like I needed to give us something. It just felt awesome to see some of those shots I was throwing up going in. When you see that you just want to keep shooting and my teammates kept getting be the ball.”

After discussions with some of the best minds at West Greene and local media members it is thought that Frye’s outburst could be a program record. Former West Greene great Teddy Harmon is remembered for a 40-point game, but no one could confirm whether Harmon, or any other Buffalo, scored more than 42 points.

West Greene had to overcome a little bit of a lethargic start, but Frye fired everybody up at the start of the second quarter.

The first period finished with the teams tied at 16-16, but Frye quickly corrected that with a three-pointer. Over the next 1:33 he would hit from behind the arc two more times and make a pair at the foul line to put the Buffaloes on top 27-16.

After Frye’s opening outburst the Cavalier wisely chose to face guard the Buffaloes’ acrobatic guard, but all that did was allow Ethan Turner to pick up where his teammate left off. Turner drove the lane and powered in a layup before sinking two three-pointers. The big man then stole the ball at the far end of the floor and raced coast to coast for a 37-23 lead with 3:32 left in the first half.

Now perplexed on who to focus its defensive effort on Jenkins was forced into a timeout.

Over the remainder of the first half the Buffaloes ran circles around their opponent as they moved the ball seamlessly and finished at the rim time and time again as part of a 14-4 closing run that put them up 51-27 at halftime. Frye scored eight in the run and Turner put in six, but maybe most importantly five of the six field goals were assisted. West Greene made 13 field goals in its 35-point second quarter and nine of those field goals were set up by an assist.

“Passing was huge today,” Tolliver said. “Austin Wampler couldn’t get a shot to fall, but there was a stretch where he had four assists in a row. We were running fast breaks, attacking and kicking middle, and then we were finishing well around the rim. Overall that was a great team effort.”

Frye scored 27 points in the first half and Turner put in 20. Turner finished the day with 24 points and crossed the 1,000 point mark for his West Greene career.

Frye got the second half started just like the first half finished, with six points in the first 2:27 for a 59-29 lead. That included a layup that Turner set up with a full court pass and a triple that Mason McCamey started with an offensive rebound.

McCamey then found his stroke from behind the arc with a pair of treys that pushed the lead to 67-31 midway through the third period.

The Bluegrass boys then went on a brief run and closed the gap to 69-41. Gavin Gibson scored five points in the stretch.

Frye scored West Greene’s final nine points of the third quarter to bring his total for the day to 42 points while the Buffaloes took a 76-45 lead into the final period.

Tolliver sat both Frye and Turner during the fourth quarter while letting some of his younger guys get more minutes. That allowed Jenkins to close the gap, but the lead was never in doubt.

McCamey finished in double figures as well with 10 points for West Greene.

West Greene advances to the tournament’s semifinals where it will play Sullivan East at 3:30 p.m. on Monday at Cherokee.