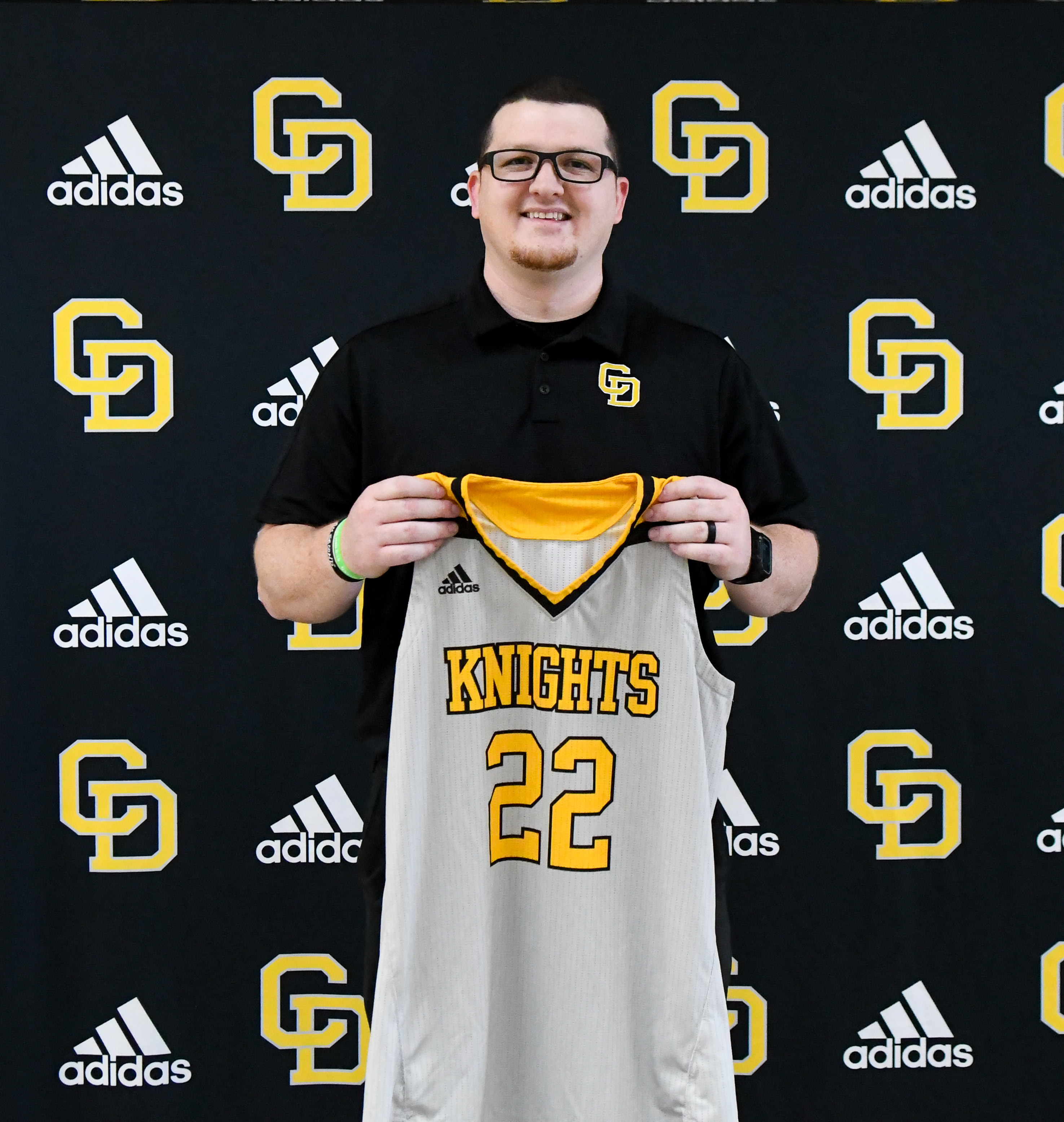 On Thursday afternoon Chuckey-Doak High School announced that Kyle Donahue would become the school’s next head coach of the of girls basketball program.

Donahue, who is also the school’s athletic director, fills the void left by Lisa Darnell who resigned earlier this month.

“I think this is a good time for me to make this move,” Donahue said. “My Family is behind this decision. I think the girls are ready to be pushed. We have a good group of girls. They are young. But a lot of these young girls got a lot of playing time last year. I think there is a lot of potential in what we have.”

Donahue has not coached girls basketball before, but he was an assistant for the Chuckey-Doak boys from 2012-2018. He also spent time as an assistant with the Walters State men and with the Greeneville High boys program. Since 2012 Donahue has also been an assistant coach with the Black Knight’s football program.

In his playing days Donahue was the 2006 Greene County Player of the Year while playing for South Greene. He Then played at Walters State,  going 32-3 in 2008 before transferring to Milligan for his final two years.

The Lady Knights have had a tough go of it the last few years with four straight losing seasons. They have also been in the state sectionals twice in the last decade, in 2012 and 2018. One of the first things Donahue wants to do is to get that winning attitude back in the program.

“We have to learn how to win,” Donahue said. “As young athletes these girls are still trying to get their footing and figure out what high school basketball is all about. Once we can do that I think we have a great shot at making a run. Our fans our very hungry, they still come out in droves, and there is nothing better than a Friday night against a county team in Lower Afton.”

For those fans that show up to watch the Lady Black Knights Donahue wants them to see a team that is led by its defense. On offense Donahue wants a lot of motion, and wants to give his players a lot of freedom within the system to create opportunities without having to worry run set all of the time.

“We’re going to be defensively sound,” Donahue said. “I love defense, and defense does not take a ton of talent, it does not take a lot of intangibles. It just takes a ton of heart. Once we set that standard, I think we can work from there.”

In addition to getting his system put in place, getting numbers up within the program is a priority for Donahue. The Lady Knights return all but one player from last year, but getting the best athletes in the school to compete on the hardwood will be one of the new coach’s goal.

“We’re going to recruit the halls,” Donahue said. “The girls seemed excited when we met. We have great female athletes here. Our soccer team just went to the state tournament, our softball team is second in the district. We just have to be able to talk them into playing basketball.”

Donahue does plan to step away from the football program so that he can devote his time to his basketball and athletic director duties.