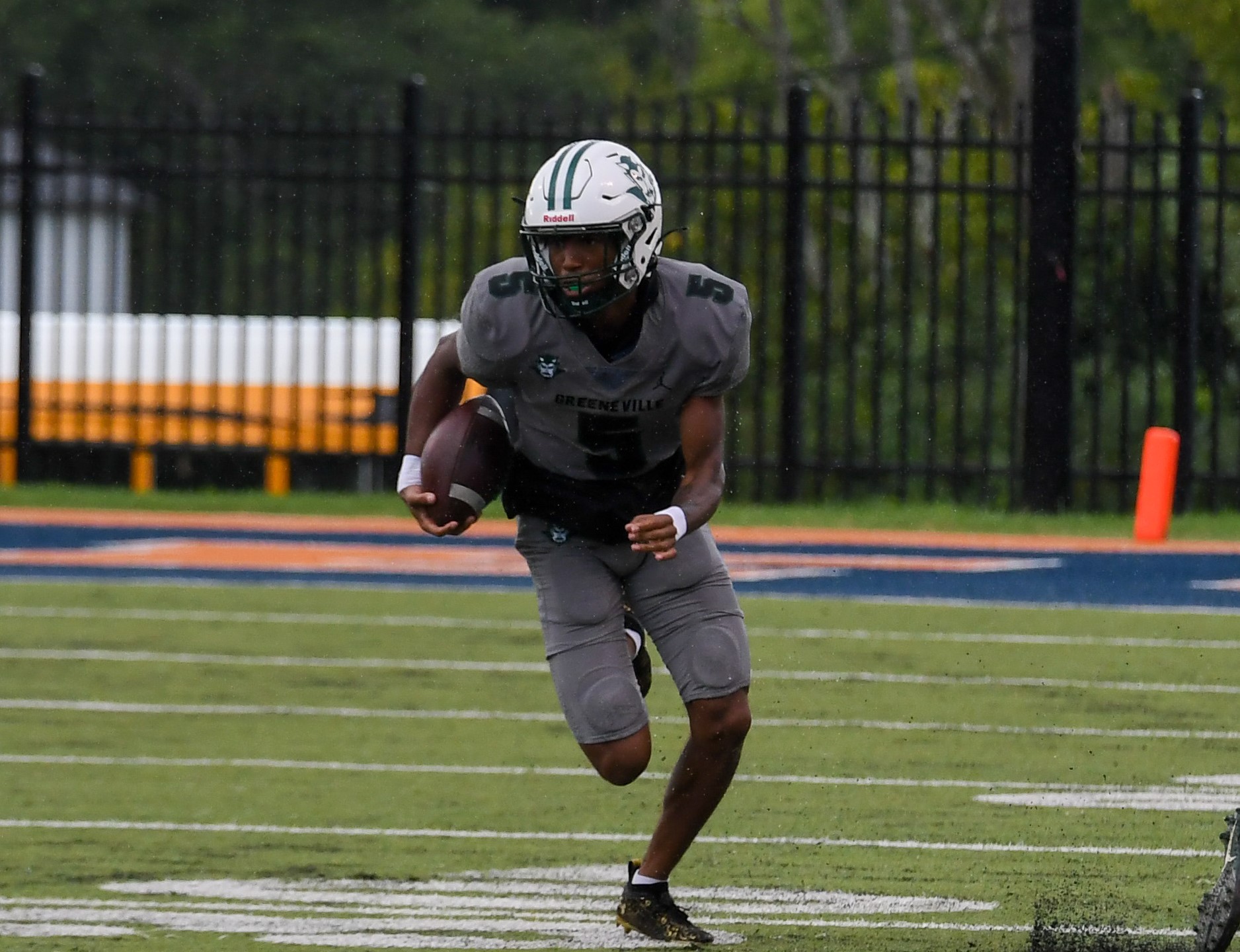 The old saying that offense draws a crowd and defense wins games stood true on Friday in Greeneville. The Greene Devils came away with six turnovers in the first half which eventually led to a 49-7 season-opening win over Knox Central.

Damien Short who had eight rushes for 36-yards started the scoring in the first quarter with 7:25 left on a four-yard rush that put the Greene Devils up 7-0.

With 2:22 left in the first quarter Short got his second chance to score, this time from five-yards away to put the Greene Devils up 14-0

Adjatay Dabbs would get his turn cross to the goal line with a five-yard rushing touchdown to stretch the lead to 21-0 with 1:37 left in the first quarter.

In the second quarter with 11:31 left Mason Laws would pick off the Bobcat’s quarterback Tre Lyons and returned it 64-yards for a pick six, adding to the Greene Devils lead making it 28-0.

Quarterback Brady Quillen who went a perfect 5-for-5 with 109 yards passing got a one-yard rushing touchdown with 8:15 left in the second quarter to expand the Greene Devil lead to 35-0.

Short would get his third rushing touchdown of the game with 3:28 left in the first half, pounding it in from five yards away and pushing the Greene Devils lead to 42-0.

After the sixth turnover of the half the Greene Devils had a chance with 25.5 seconds on the clock to add one more score before halftime. Quarterback Corbin Cannon who was 4-for-5 for 84 yards threw a dime to Jayquan Price that turned into 46-yard touchdown to get to the halftime score of 49-0.

In the second half with 10:46 left in the third quarter Central's Frank Johnson IV rushed for 71-yards to put the Bobcats on the board and cut into the Greene Devils lead at 49-7.

With the mercy rule in effect the last scoring opportunity came with 9:18 left in the fourth quarter when the Bobcats sent out kicker Kole Hughes out for a 24-yard field goal attempt that was blocked by Bryson Bird and the Greene Devils took over at their own four-yard line.

Greeneville had 311 yards of offense on Friday while Knox Central had 271 yards.

Greeneville starts off the season off 1-0 and will travel to Grainger next week to play the Grizzlies in a Region 1-4A matchup.