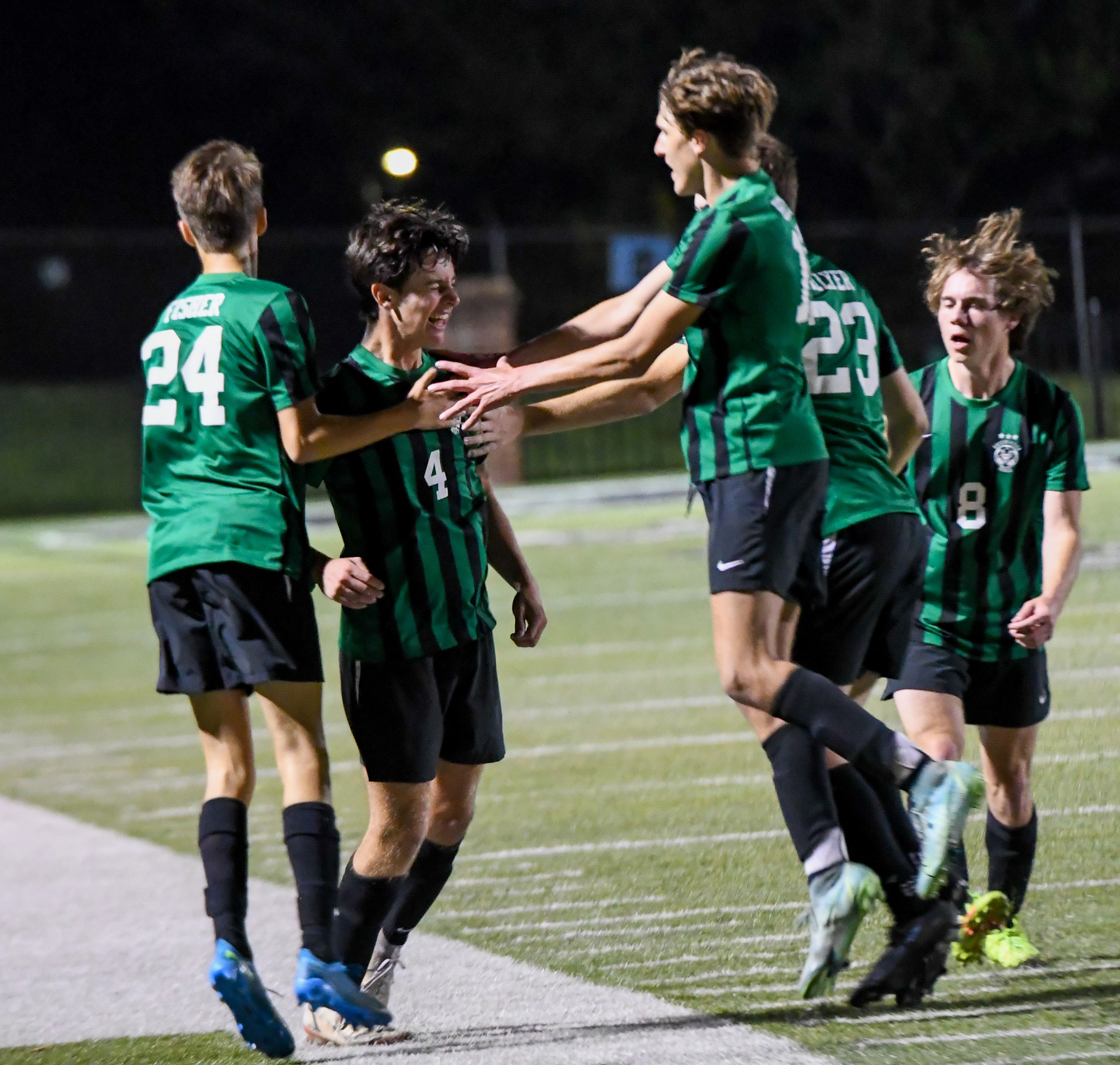 After an early miscue on defense the Greeneville soccer team kept taking the attack to Jefferson County and finally found the equalizer late to finish Thursday night with a 1-1 tie.

“I was really pleased with the way we played tonight,” Greeneville coach Jerry Graham said. “We weren’t able to capitalize in the final third, but we possessed really well tonight. We had one miscue that cost us the goal early on, but we kept our heads up and we kept attacking.”

Because of their persistent attack the Greene Devils improved their unbeaten streak to six games heading into an important District 1-AA contest against Elizabethton next week.

“I think it speaks a lot about these  guys character and where we are in the season,” Graham said. “We have been trying to put a lot things together.  At half time we told the boys there was not a lot to fix, we just needed to capitalize. But our possession and our one and two-touch soccer is looking really good.”

The equalizer came in the 73rd minute on a free kick from Drew Shelton. Shelton lined up from 28 yards on the right side and he rocketed a shot over the Patriots’ wall that dropped just in time to sneak into the upper-right corner of the frame to knot things at 1-1.

“It was nice to see Drew have some success on that shot right there,” Graham said. “He had a couple that were really close. We try to capitalize on those set pieces, we had a few that could have been goals that unfortunately were not, but it was good to get that one.”

Jefferson County’s goal came early in the contest when in the sixth minute when Edwin Banuelos got open from 10 yards and gave the Patriots a 1-0 lead.

Greeneville kept the pressure up throughout the first half, and had a few good opportunities to score but went to halftime trailing.

Early in the second half Blake Rogers had a two good chances for the Greene Devils. He first made a good move on Tre Colbert on the end line to get open for a tough-angle shot from the right side of the box, but keeper Sam Allum was able to get a hold of it.

One minute later he had a chance to head home a cross from Cade Snelson, but Allum was able to nab it just before contact.

Between the 50th and 52nd minute Greeneville had three chances on set pieces, and each came close but Allum was able to get a hand on all of them.

In the 59th minute Shelton stole possession at midfield and pushed the ball ahead to Austin Beets who got ahead of the defense. Beets fired a dangerous shot, but it clanged off of the upper left corner of the frame.

David Fisher had a chance to get the equalizer in the 68th minute when Shelton sent another free kick into the box, but the shot was just wide of the frame.

The Devils kept sending the attack at the Patriots and in the 72nd minute Shelton lobbed a pass into box that Zack Barnes put his head on but sent over the cross bar. One minute later Shelton would finally get the breakthrough goal.

After a red card put Greeneville a man down it had one more chance in the 78th minute to get the go-ahead goal. Shelton took another free kick from 15 yards and right of the box, but his shot went over the frame.

After giving up the early goal Greeneville’s defense in front of Aiden Creech in goal held Jefferson County to just six shots on frame the rest of the night.