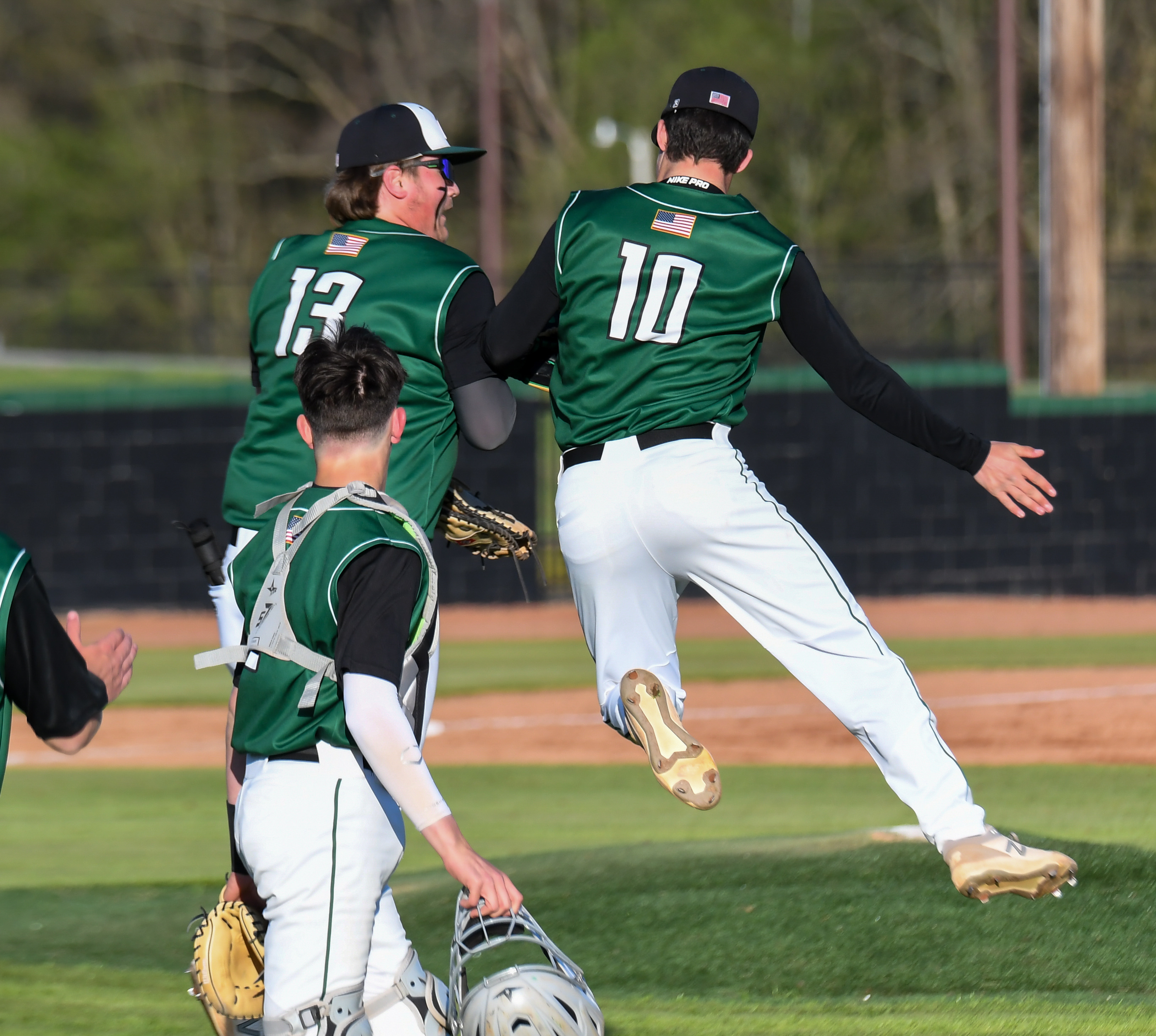 The Greeneville baseball team made the plays it had to on defense for the first six innings on Tuesday night, and then the bats broke through to give the Greene Devils a big 2-0 win over District 2-3A leading Grainger.

“We have a lot of energy rolling and good things are happening,” Greeneville assistant coach Bryan Everhart said. “It started with Gage (Spano) on the mound. He filled the zone up and he was in full command. Then it was so great to see these guys come up with quality at bats with runners in scoring position to get the win.”

Everhart was leading the Devils on Tuesday after head coach Andy Collins was sidelined with illness.

The loss is Grainger’s first in league play, and the win starts a big week for Greeneville that includes district games with Claiborne on Wednesday and Cherokee on Thursday. The Devils have now won four straight and this week’s results will go a long way in determining postseason position.

“We checked one box today, and we just have to take it one game at a time,” Everhart said. “This is absolutely a big week, and now we just have to go take care of the next one.”

The breakthrough runs for the Greene Devils came in the bottom of the sixth inning. Preston Justice and Kobe Mundy worked a pair of walks to get things going, then with one out freshman Carson Norris pulled a line dive down the right field line.

Justice easily scored from second to give the Devils all the runs they would need to secure the win. Noah Murray followed by hitting into a fielder’s choice that allowed Mundy to score from third.

What made the decisive inning more impressive from the Devils is that the players that stepped up to push the runs across were the six, seven, eight and nine hitters in the batting order.

“How huge was it to see Carson Norris come up with a huge hit. That is a kid that works tirelessly, and it was so great to see him make the most of the opportunity,” Everhart said.

Carson Quillen took over on the mound in the seventh inning and needed just 11 pitches to sit down the Grizzlies in order with one strike out to earn the save.

Through the first six inning Gage Spano gave Greeneville a superb performance on the mound to earn the win. He struck out six, walked four and gave up four hits in the shutout.

“Gage made big pitches in big situations,” Everhart said. “That’s a kid that is competing. We just want the kids to compete. If you are competing every single pitch good things will happen.”

Spano ran into a couple of tough spots, but each time he and the Devils’ defense were able to get out of the jam.

In the third inning the Grizzlies put two runners in scoring position after Colin Crider and Kade Lucas came up with a pair of singles.

Eli House took care of most of the danger when he snagged a line drive at third base and then tagged Crider before he could get to the bag for a double play.

After that a harmless groundout ended the inning with no damage done.

Grainger again put two runners on board in the fifth inning after a walk and single by Eli May.  Brady Smith put a sacrifice fly into right field to move up the runners, but Spano again got out of the side by forcing a another ground out that preserved the shutout.

At the plate Greeneville earned four hits with Quillen and Norris both earning two.