Devils Head To Kingsport For "Big Time" Game With Dobyns-Bennett 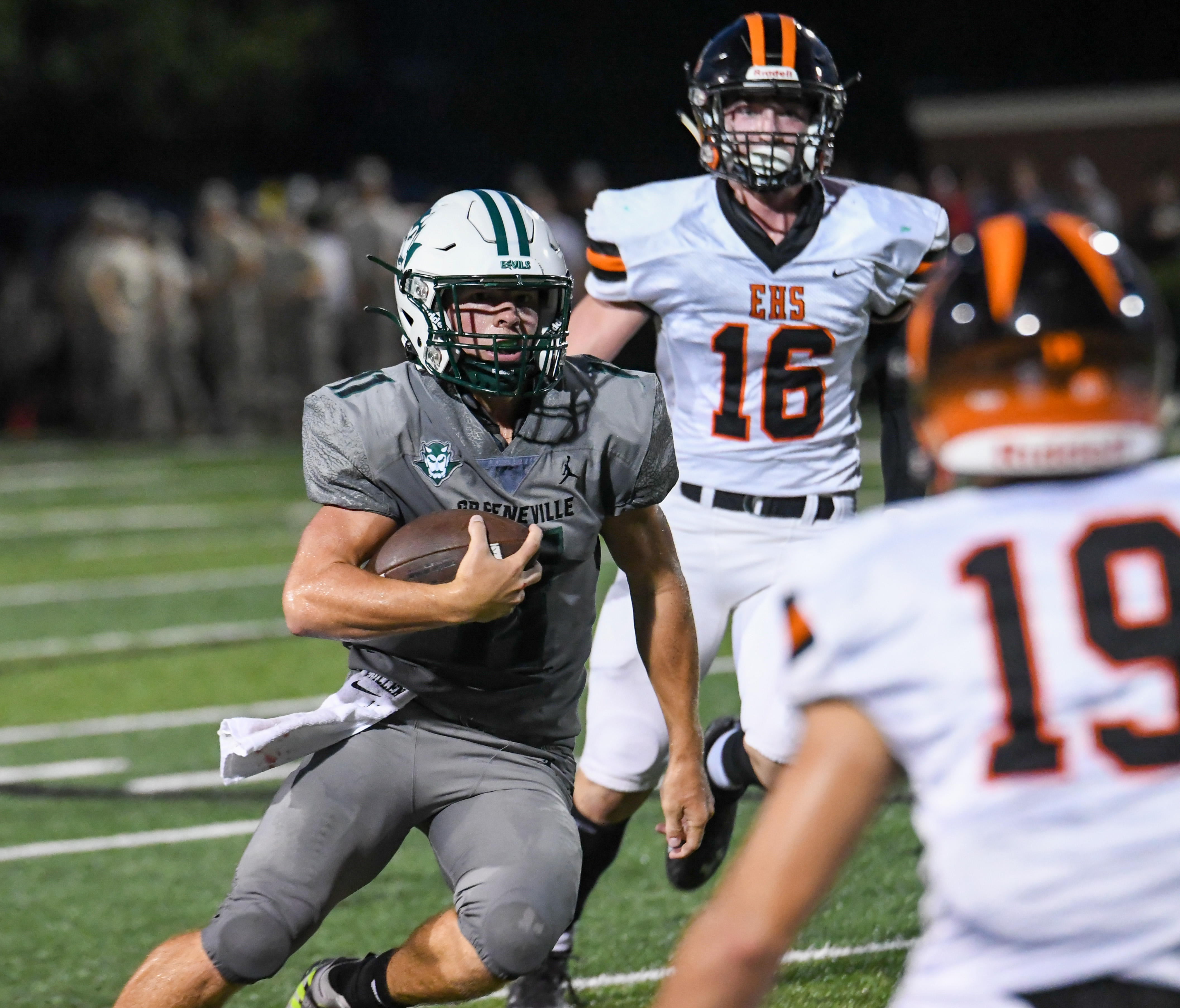 Devils Head To Kingsport For "Big Time" Game With Dobyns-Bennett

When talking to Greeneville coach Eddie Spradlen about this week’s contest against Dobyns-Bennett he used the phrase “Big Time” no less than a dozen times.

That is exactly what the Greene Devils meeting with the Indians is, a battle of two of the area’s top programs who both happen to be undefeated. All eyes in Northeast Tennessee will be on Kingsport on Friday night as Greeneville, ranked  No. 1 in Class 4A and Dobyns-Bennett the No. 5 ranked team in 6A, square off.

“This is another big-time matchup this week,” Spradlen said. “You know when you are going against a top-five Class 6A school you are going to have you hands full. We want to be best we can be by the time we get to the playoffs, and to do that we need to play teams like this. They are a very good team, they are a top team in their region each year. It’s also good to get matchup between two of the top programs in East Tennessee. I think its good for our communities and football in this area.”

The Indians come into the matchup with a perfect 5-0 record, but this will be their first big test of the season. Dobyns-Bennett’s five opponents have a combined five wins. Spradlen expects J. Fred Johnson Stadium to be at capacity and rocking on Friday night, and he hopes that the rowdy environment will help prepare the Devils for even bigger games in November.

“It's going to be a packed house and it’s going to be rowdy for sure,” Spradlen said. “They have a big band that is going to play a lot, and we have to be our best to not let that stuff get to us. We have to treat this like a playoff game if we can get to where we want to in the playoffs, in round three or four, you will be on the road in an environment like this. We need to learn how to get on a bus a play in a big-time, hostile environment. This will prepare us to do that for sure.”

Spradlen expects the Dobyns-Bennett to try to control the line scrimmage and control the game with its powerful ground attack. Last week against West Ridge the Indians ran for 310 yards with Brayden Simpkins gaining 136 yards and Peyton Franklin gaining 116 yards.

On the edge Dobyns-Bennett has a handful of good athletes but Jonavan Gillespie is the go-to guy. At the midway point in the year he has 505 all-purpose yards and three receiving touchdowns.

Spradlen feels that what the Devils do on offense will depend on how Dobyns-Bennett lines up. If he sees man coverage on the perimeter then he does not think the Indians have anyone that can cover Mason Laws and Adjatay Dabs downfield, and the seniors will be counted to make plays in the passing game. If Dobyns-Bennett relies on zone coverages, like last year, then Spradlen plans to rely on his running  game.

Last week against Volunteer the Devils ran for 230 yards and used 10 different runners to do it. So far this season Damien Short has received the bulk of Greeneville’s carries, but to keep him fresh in the fourth quarter Spradlen wants to mix in Amanuel Dickson and Carson Quillen more. He also wants to see power backs Bryson Myers and Zac Chrisman to get the ball when the opportunity presents itself.

Last year Greeneville came away with a 35-7 win, but Dobyns-Bennett leads the all-time series 31-8. Kickoff for Friday night is scheduled for 7 p.m.