Devils Get Everyone Involved On The Way To 12th Straight Title 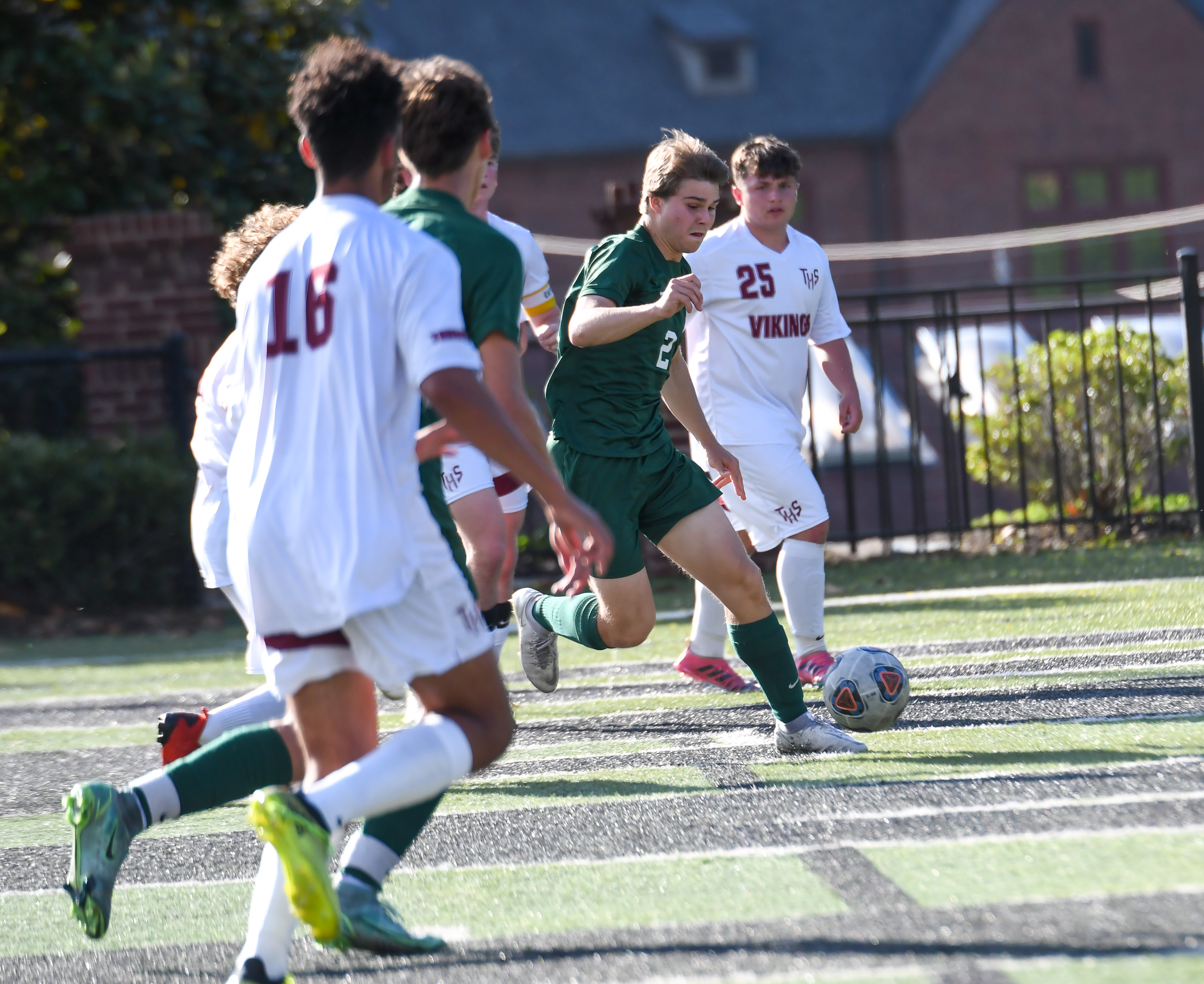 Devils Get Everyone Involved On The Way To 12th Straight Title

Everybody got in on the scoring fun on Thursday night at Burley Stadium as the Greeneville soccer team claimed a league championship for the 12th straight season.

The Greene Devils knocked off Tennessee High 8-3 in championship game of the District 1-AA Tournament to continue a league championship streak that stretches back to 2010.

“I’m elated to be able to win 12 straight, and more importantly I’m glad we’ll be able to stay home on Tuesday night,” Greeneville coach Jerry Graham said. “Hopefully we can keep things rolling. It’s always great to win a district championship. This is the first step to where we want to get.”

Greeneville used seven different players to score their eight goals, Drew Shelton struck twice, and that is something Graham thinks can make his team dangerous as the postseason continues.

“It’s great to see that we can get goals from different people,” Graham said. “That’s tremendous to get eight goals from seven people. It’s great to know that defenses can’t pick one player to stop. We’re pretty deep this year.”

The Devils controlled possession for almost the entirety of the early going, but they could not get the shot to connect with the back of the net. That was until the 19th minute when Connor Stayton made a run from the back up the left side and worked toward the 18-yard box. Stayton skipped a pass to Cade Snelson who worked through a crowded box and sent a contested shot into the goal for a 1-0 lead.

“It was important confidence wise and momentum wise to get that first goal,” Graham said. “Getting those goals early on was big for us.”

Once the scoring started for Greeneville it didn’t slow down and still in the 19th minute Shelton was awarded a penalty kick that he turned into a 2-0 lead.

The Vikings got on the board in the 25th minute when Matthew Cardoso launched a shot from 40 yards and snuck it under the crossbar.

Austin Beets returned the Devils’ cushion in the 31st minute when he took a pass from midfield and wove through the defense until he found an opening at 10 yards that he blasted past keeper Eli Knowles.

In the 35th minute Alden Wakefield found a loose ball at his feet as Tennessee tried to send play the other way. He took one touch to get to the top of the box and then skipped a screamer into the net for a 4-1 lead.

Greeneville found one more goal before halftime. Beets again worked through the defense with fancy footwork and made it to the left post where he sent a pass to Blake Rogers. Rogers knocked the pass out of the air into the back of the net for a 5-1 lead.

Coming out of halftime center back Drew Hillyer got involved in the scoring when he pulled up from 23 yards on the left side and banged a shot off the right post in the 45th minute.

“That might have been the most quality hit of the night,” Graham said. “We’ve been talking to the boys about playing a total game, not worrying about position and just worrying about our shape. They are starting to buy into that, getting those defenders involved and letting players switch positions, these guys are playing some really good soccer right now. That can be huge for us.”

In the 59th minute Shelton made the score 7-1 when he worked into the box and curled a low shot inside the right post.

Tennessee’s Cardoso found the back of the net again in the 61st minute when he fired from 25 yards and again snuck it his shot just under the crossbar out of the reach of Aiden Creech.

In the 66th minute the Vikings were given a free kick and Cardoso completed his hat trick when rocketed a shot around the defense from the edge of the 18-yard box.

Greeneville’s Brady Quillen completed the scoring in the 77th minute. After a handball Cooper Shepard lofted a pass into the box, but nothing came of it. As the ball rolled away from the frame Quillen came crashing in and sent a shot by a crowd of Vikings to push the Devils’ lead to 8-3.