Devils Get Boost From 2-0 Win Over Austin-East 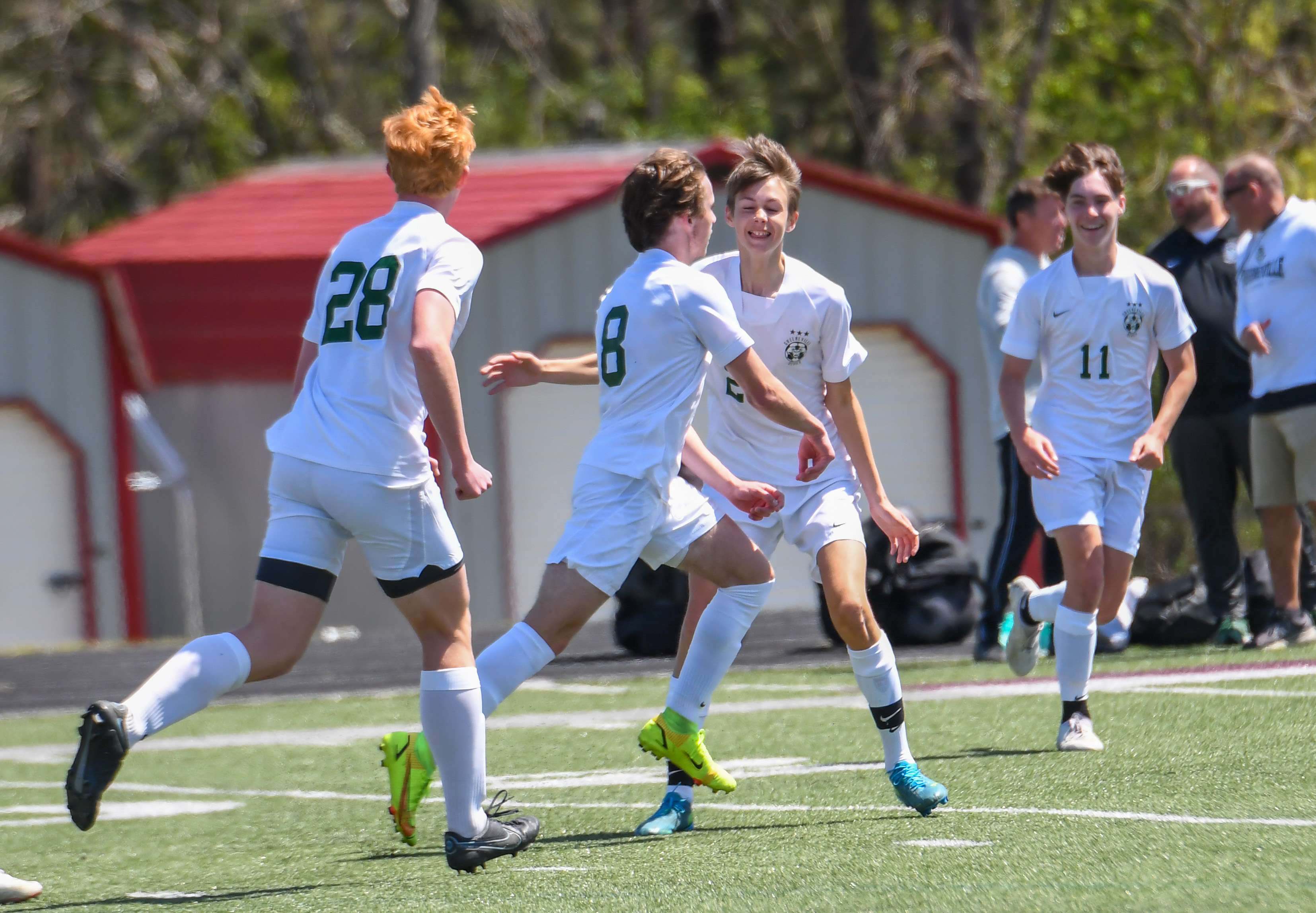 Devils Get Boost From 2-0 Win Over Austin-East

KNOXVILLE - The Greeneville soccer wrapped up its weekend at the Bearden Invitational on Sunday afternoon with a 2-0 win over Austin-East.

In addition to being the defending Class A State Champions the Roadrunners are now in Class AA, and are a team which the Greene Devils could very well see in the postseason. That made Sunday’s win not only a momentum builder but a valuable learning experience.

“We really needed this, for morale we needed a quality win against a quality opponent,” Graham said. “Austin-East is athletic, well coached, and we’ll probably see them down the road, whether that is the sectional or hopefully the state tournament. It was big to leave this tournament with a win.”

The win wraps up three games in three days for Greeneville against some stiff competition. On Friday it fell to Oak Ridge 3-1 and on Saturday it tied with Farragut 2-2.

“We’re happy with the result of going 1-1-1,” Graham said. “We felt like we had the opportunity to go 3-0, but we did some things that we can clean up that cost us that opportunity. I really believe we have matured a little bit this weekend.”

Greeneville’s offense was able to control possession for much of the first half with Alden Wakefield, Brady Quillen and Drew Shelton all using precise passing to keep the ball on the Greene Devils end of the field.

The Devils first good look came in the sixth minute when Cade Snelson took the ball almost all the way to the post, but inside two yards Austin-East was able to knock it away.

In the 17th minute Shelton took a free kick from 20 yards that came close, but banged off of the cross bar.

In the 22nd minute Shelton got another chance after he was taken down in the box by a defender. On the penalty kick that followed he stutter stepped and slid a shot inside the left post to give Greeneville a 1-0 lead.

Shots followed from Snelson and Austin Beets that were stopped. Then Zack Barnes came into the game and began to push the tempo for Greeneville.

That spark turned into a goal in the 31st minute when Snelson and David Fisher exchanged passes before Fisher sent a cross to Barnes at the top of the box. Barnes took one touch and rocketed a shot into the back of the next.

“We have some guys that just work,” Graham said. “Coming into day three of this tournament everyone is going to be tired, but we have to have the mindset to attack for 80 minutes. Zack is a guy that when he comes off of the bench he is going to give 100 percent and will create chaos.”

With Barnes’ goal Greeneville was done scoring for the day, but the defense continued to play strong to preserve the victory. The back line of Cooper Shepherd, Landyn White, Drew Hilyer and Connor Stayton were able to erase almost every chance the Roadrunners had before the ball got near keeper Aiden Creech.

“We have been talking so much about communication back there,” Graham said. “I like how our outside backs and inside backs switched. Austin-East had a lot speed, and when we did get beat our inside backs came out to help. With Creech directing traffic those guys were tremendous today. That has improved throughout the tournament and ending with a clean sheet is tremendous.”

Austin-East’s best chance of the day came in the 38th minute when Mekhi Stewart came up the right side and sent a dangerous shot at the frame, but White stepped in front of the shot and knocked it out of the net.

Greeneville kept the attack up in the second half, and in the 48th minute Beets made a tough run with three defenders clinging to his sides. He took a shot on an open goal, but it was just wide of the left post.

In the 54th minute Stayton led a break away that resulted in a scoring chance from Shelton that was a bit off the mark. Then in the 58th minute Shelton got his head on a corner kick from Fisher but Austin-East was able to stop it.

Austin-East was held to just two shots in the second half and neither was a realistic scoring threat.