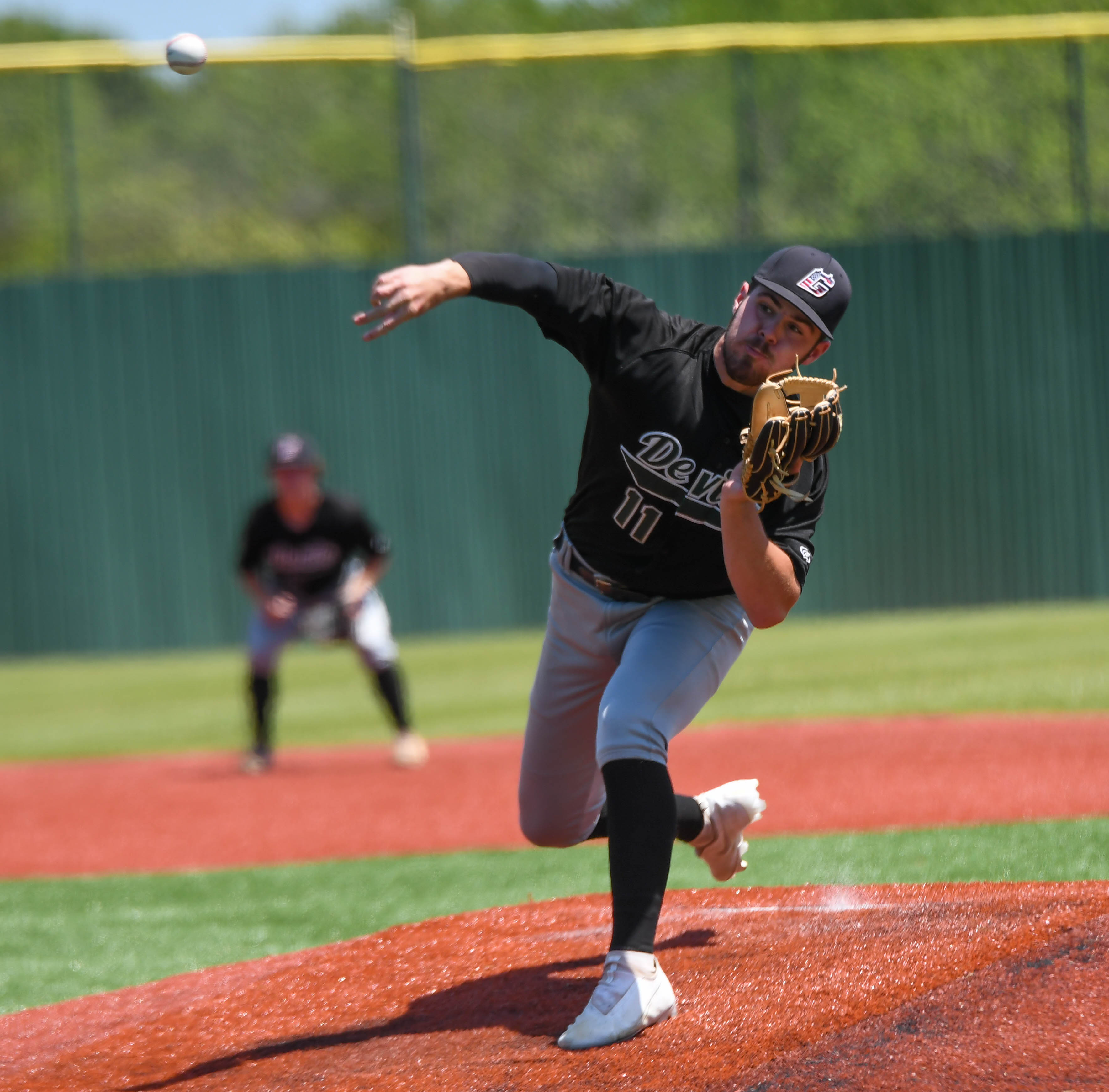 JEFFERSON CITY- One day after becoming walk-off winners the Greeneville baseball team came up on the wrong end of a walk-off finish as they fell 3-2 to Grainger in the nine innings in the District 2-3A Tournament.

“I thought we battled. That was a great baseball game right there,” Greeneville coach Andy Collins said. “It was two pitchers that were shoving the entire game. That was the game, great pitching. If we execute, if we make a few plays defensively we win this ball game.”

The Greene Devils are not done, but they are now playing to keep their season going. They will be back in action at 2:00 against Claiborne in the losers’ bracket finals. A win will put the Devils in the district championship against Grainger and earn them a berth in the Region 1-3A Tournament. Greeneville will have to beat the Grizzlies twice to win the district title.

“We just have to be good teammates, pick each other up, and get back at it tomorrow,” Collins said. “First let’s advance to the region, and second lets go win this tournament. The focus is on winning that first one before we worry about Grainger again. But we are in a good position, we have pitching to go, we just have to put the ball in play.”

The Devils went to extra innings on Tuesday, because of their defensive undoing. Greeneville entered the bottom of the seventh inning holding a 2-1 lead.

Jaxon Maxey led off the side with a walk and moved up when Brayden Christian put down a sacrifice bunt. He took third when Devils’ catcher Noah Murray’s pickoff attempt with two outs surprised everyone and went into centerfield.

Eli May then hit a ground ball to the shortstop that Devils could not handle which allowed Grainger to tie the game at 2-2 before Carson Quillen could get out of the inning with a strikeout.

Greeneville’s offense could not get anything going in the extra frames but in the ninth inning Grainger was able to find the deciding run.

Ryland Burchett hit a ball to the left side that was thrown away at first base. He stole second and then Eli May lined a shot into right filed that allowed Burchett to score and end the game.

Greeneville started Tuesday’s scoring in the top of the first inning with Parker Shipley working a walk and moving up on a passed ball. Colton Richards scored him when he blasted a double into the right-center gap for a 1-0 lead.

Grainger was able to equal that performance in the bottom of the first inning. Trevor Johnson was walked and moved to third on a passed ball and then a wild pitch. He scored on a hard-hit ground ball to third that was too hot for Corbin Cannon to handle.

All three of Grainger’s runs on Tuesday were unearned.

Greeneville took the lead back in the fifth inning.  Quillen laid down a bunt that caught Carson Norris in a fielders choice at second, but he quickly moved up a spot with a steal. Shipley then then snuck a line drive over the outstretched glove of the second baseman and Quillen never stopped running before reaching home for a 2-1 Devils’ advantage.

Quillen went one inning with two strikeouts, and one walk. Then A.J. Smith tossed the final two innings with one strikeout, one walk and three hits allowed.

On the other side Brady Smith went eight innings for the Grizzlies. The Virginia Tech commitment had 13 strikeouts, three walks and two hits allowed.