Devils Can't Keep Up With Myers Park At Arby's Classic 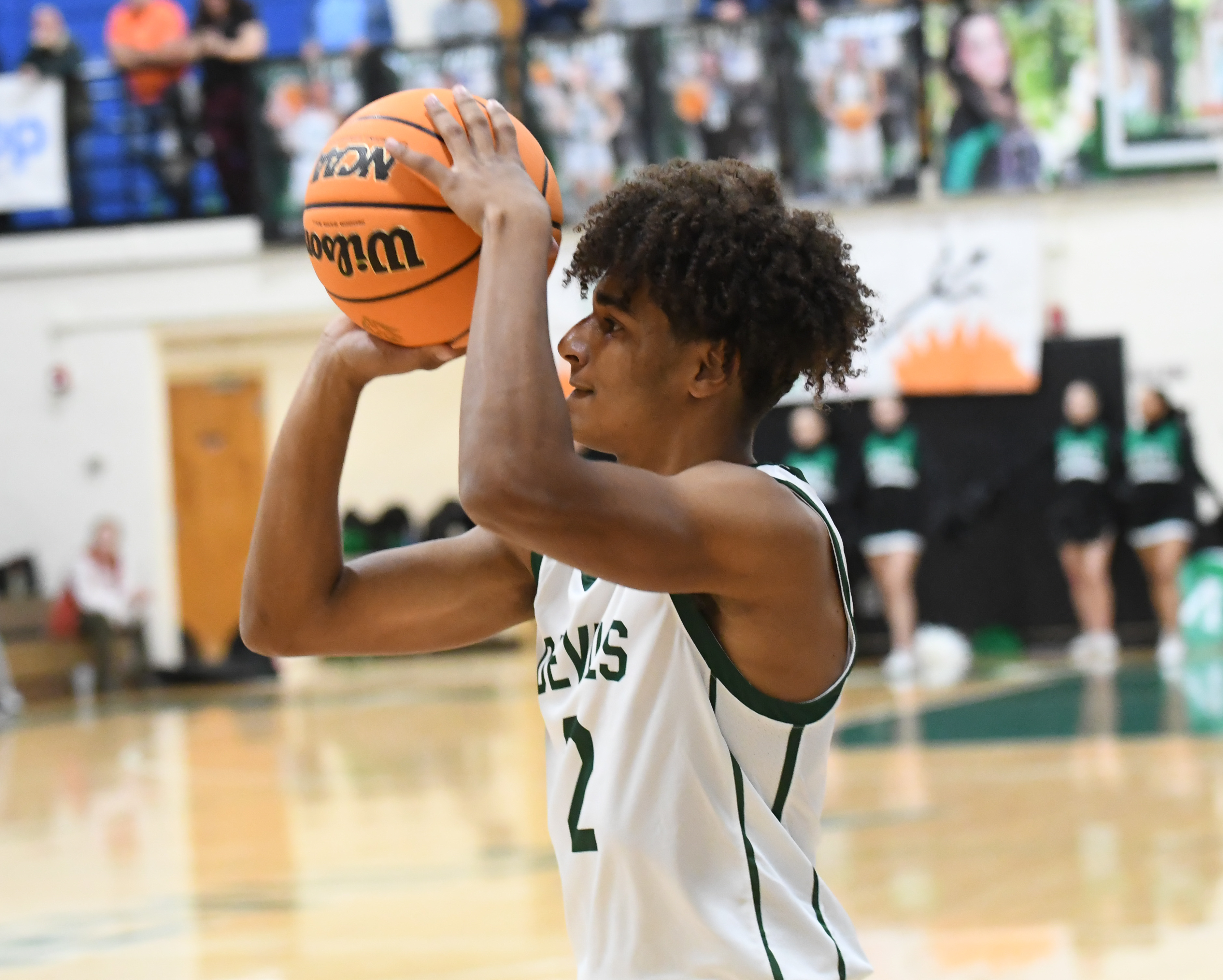 Devils Can't Keep Up With Myers Park At Arby's Classic

BRISTOL - After winning in dramatic fashion in the opening round of the 39th annual Arby’s Classic the Greeneville Greene Devils had to come off cloud nine and come back down to earth for the second round. The Mustangs of Myers Park High School from Charlotte North Carolina made that landing a rough one as they handed the Greene Devils a 64-31 loss on Thursday night.

Greeneville coach Brad Woolsey said, “We didn’t convert and they did a great job on us, but when we had opportunities we didn’t knock them down. But I’m excited about having another opportunity tomorrow."

The Devils got on the board first when Trey Thompson tipped in a Kam Lester miss. The Mustangs came right back with a Sir Mohammed short jumper, the 6’6”Mohammed is the son of 18 year NBA vet Nazr Mohammed.

Thompson then nailed a three from the top of the key to give the Devils a 5-3 lead, but Bishop Boswell answered with a three of his own to knot the score at 5-5. Sam Walters hit one of two free throws and Boswell made a layup and the score was 9-5.

Greeneville's Adjatay Dabbs drove the lane and passed to a wide open Thompsom at the top of the key for his second three-pointer of the quarter to cut the gap to one at 9-8 at the midway point. Then 6’8” Sadiq White worked his was to the rim with back to back dunks and 6’8” Elijah Strong powered up a layup from in front and the score quickly was 18-8.

Ty Williams muscled up a layup to end the Mustangs 9-0 run. Strong would hit one of two free throws to round out the quarter with Myers Park leading 19-10.

The second quarter was a low scoring affair for both teams, but the Devils weren’t out of it yet, trailing 23-10  Dabbs hit a three from the elbow then seconds later on a play that resemble the game winner from the first round he almost broke the ankles of the defender before sinking another three from just left of the key.

After a stop on defense Thompson sailed above everyone for his second tip in of the game and the Devils were right back in the game at 23-18 with 2:10 left in the first half. Mohammed hit a jumper just inside he arc only to see Greeneville’s Hayden Goad swish a deep three from the corner at the 1:10 mark to cut the score to 25-21. Mohammed hit both ends of a one-and-one then a three point play the old-fashioned way to rounded out the half with a Mustangs' 30-21 lead.

As the third quarter started so did the Mustangs. They out scored the Devils 23-5 in the third quarter. Strong hit back to back layups, Mohammed a three and White put in a layup for a 9-0 run.

Dabbs hit a little floater to momentarily stop the bleeding. Strong then powered up two more times from in front and White put in another dunk to put the Devils down 51-26 heading for the final period.

The final period saw both coaches clear their benches  and the Mustangs moved on with a 64-31 victory. The Devils still have a chance for 5th place and will play Friday at noon at Viking Hall in Bristol.