Devils Battle But Can't Get By West Ridge 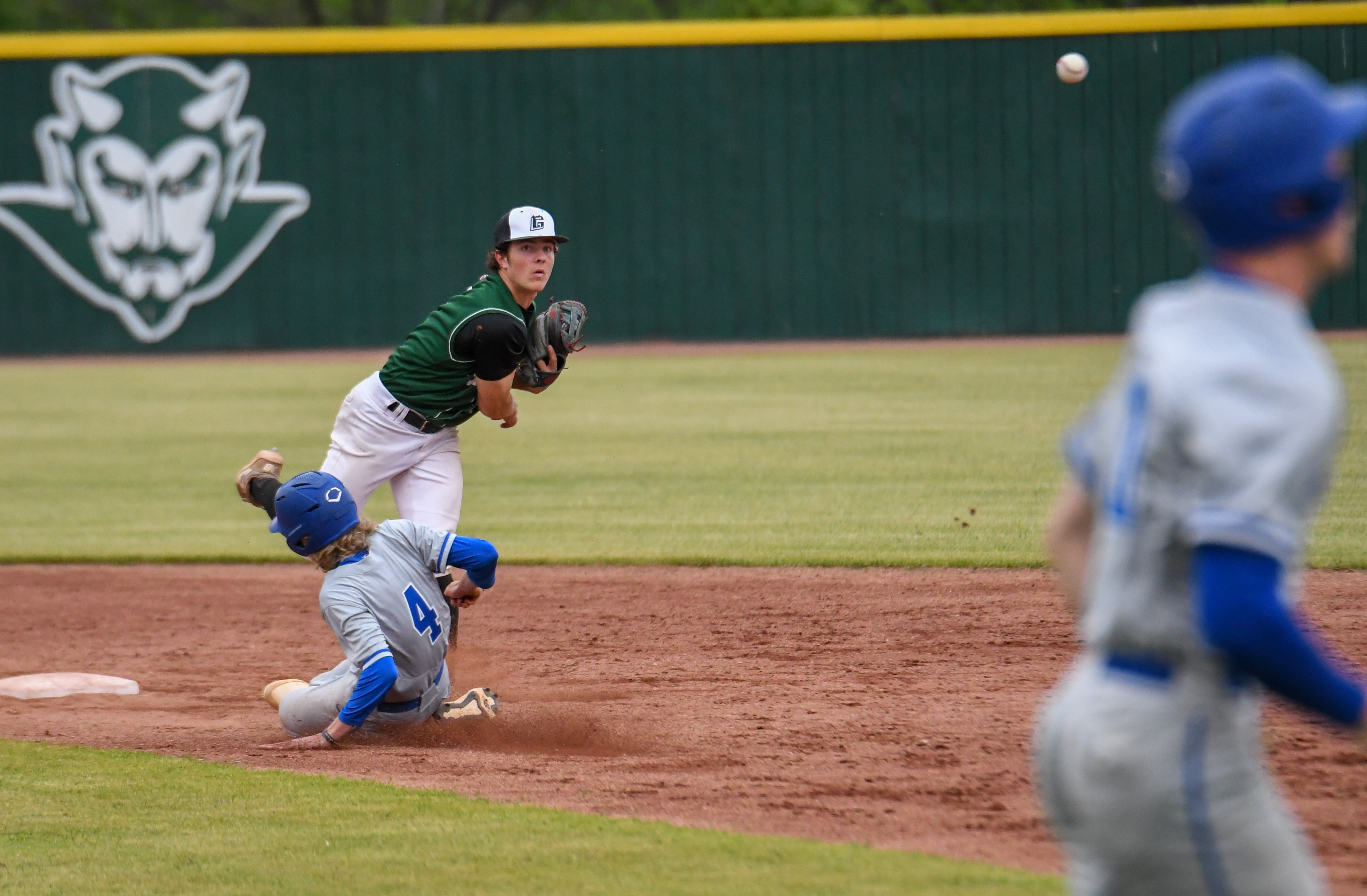 Devils Battle But Can't Get By West Ridge

The Greeneville baseball team battled for nine innings on Friday night, but they could not get enough offense going and fell to West Ridge 3-2.

“We’re going toe to toe with a 4A team that may finish second in a district that was a state champion last year,” Greeneville coach Andy Collins said. “These are games that will help us down the road. It may not be immediate, it may be toward the end, it may be next year, but this is a game that will help us.”

The teams went into the ninth inning tied at 2-2, but two walks and an error loaded the bases for the Wolves in the top half of the inning. With one out Wade Witcher sent a sacrifice fly into centerfield. Anderson Franklin caught the ball, but it was deep enough into the grass to allow Jackson Dean to score before the Devils could get out of the inning.

Though they were not able to do it in the final frame, the Greene Devils pulled out of tight spots time after time on Friday to stay in the game.

In the first inning West Ridge put two runners on, but Gage Spano was able to force a soft groundout back to the mound to get out of the inning. Then in the  second inning the Wolves were able to load the bases on three singles, but shortstop Colton Richards was able to make a play on a ball from Andrew Hoover to end the side with no Damage done.

The Wolves broke through with the first two runs of the night in the third inning. Sean Reed led off the side by bouncing a double into the wall in right-center. Will Harris followed by sending another double down the right-field line to break the scoreless deadlock.

After a passed ball Harris scored on a sacrifice by Marshall Buchanan to put West Ridge in front 2-0.

Greeneville got one of those runs back in the bottom half of the inning. A.J. Smith led off the side by being hit by a pitch. Carson Quillen then got a single past the third baseman before Parker Shipley put down a sacrifice bunt.

Ty Casteel then bounced a groundball by the first baseman to get the Greene Devils on the board.

In the fourth inning Kobe Mundy reached on a walk. He scored from first base with two outs when Smith sent an awkward pop up into no-man’s land in shallow right field. Three Wolves converged on the ball, but none could pull it in. After it hit the turf the ball bounced away from the gathered crowd giving Mundy time to reach home  and even the score at 2-2.

In the seventh inning West Ridge again challenged the lead when they put two runners on the base path, but Corbin Cannon was able to handle a ground ball to third base to end the side.

In the eighth Richardson and Quillen were able to combine for a 6-4-3 double play to prevent the Wolves from doing any damage.

In the bottom of the eighth inning Greeneville put the winning run on third base, but could not get it across. Preston Justice led off the side with a groundball through the right side. A sacrifice bunt and an error moved him around, but Buchanan worked a strikeout to end the inning.

“It’s just manner of execution,” Collins said. “We have to execute a hit and run, we can’t pop up a bunt. Then we have to have that killer instinct. When you are at the plate with runners in scoring position you have want to be that guy. That’s the next step.”