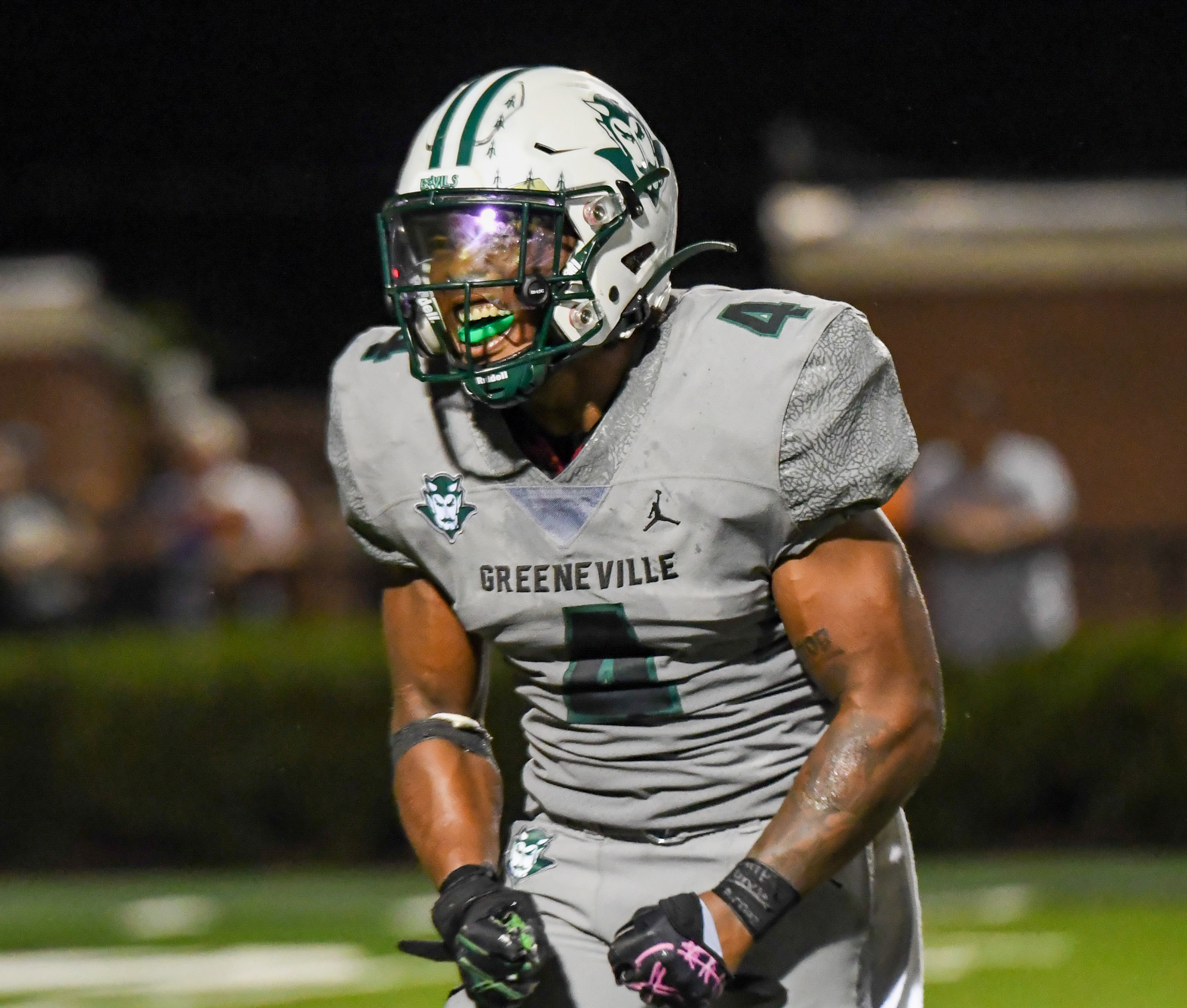 The first goal of this season for the Greeneville football team is to win Region 1-4A, and after a dominant defensive performance on Friday night the Greene Devils took a huge step in achieving that goal.

In a meeting with Elizabethton, who has played in the last three Class 4A State Championship games, the Devils’ defense was flying all over the field while limiting the Cyclones to just 64 yards and four first downs in a 21-0 win.

“I’ve got a ton of special dudes out there,” Greeneville coach Eddie Spradlen said. “Everybody was telling me this was going to be a down year, and maybe it is, but these guys are playing hard. The effort these guys played with was the difference. We had guys step up, and I couldn’t be more proud of these dudes.”

Elizabethton was the team that ended Greeneville’s season a year ago in the third round of the playoffs. That had the Devils motivated going into Friday’s contest, and according to quarterback Brady Quillen it made the victory even sweeter.

“It’s an amazing feeling to come out of the biggest rivalry, the biggest game of the year with a win,” Quillen said. “We came out and gave our all. Especially after losing to them last year in the playoffs, we had a lot motivation and this one felt big time.”

Leading the defensive charge for the Devils was linebacker Amanuel Dickson who spent as much time in the Cyclones’ backfield as any ball carrier hailing from Carter County. The junior spent the whole night flying through gaps, chasing down runners and delivering punishing blows, and Elizabethton never figured out a way to block him.

“We just had to stay disciplined and not fall for any eye candy, it was just playing ball,” Dickson said. “We wanted to make sure we filled all the gaps. If I was a contain player I wanted to make sure I forced them back in. It was just being focused on the little things. I had all of my brothers playing with me tonight, and this was all for them.  But the job is not finished.”

On offense Greeneville did not waste any time taking the lead on Friday. After receiving the opening kickoff quarterback Brady Quillen used his legs to buy some time and rolled the left. With the quarterback out of the pocket the Cyclones’ secondary abandoned Mason Laws down field. Quillen made that a costly decision by finding the senior and then watched him run untouched 50 yards to endzone less than two minutes into the contest.

“That wasn’t really supposed to go to Mason, but when the pocket was collapsing I had to get out,” Quillen said. “I saw the corner jump up so I just let it loose. It felt really good to get ahead early. Then we were able to keep pounding and it was hard for them to catch up.”

After a three-and-out Greeneville thought it had more fireworks when Adjatay Dabbs wove through the Cyclones to score on a punt return. Instead, a block in the back penalty left the Devils 72 yards away from the goal line.

Dabbs had two punt return touchdowns called back on Friday, and on the night Greeneville was penalized 14 times for 120 yards.

Greeneville’s offense remained undeterred and marched down the field before stalling on the 23-yard line. Looking at fourth down with 15 yards to gain Spradlen called a timeout to set up a crucial call. The Devils sent trips to the right with Dabbs lined up on the inside. The senior ran a deep drag across the formation and Quillen delivered a strike while his receiver was maneuvering down the goal line for a 14-0 lead.

“That is something we worked on during the week, our offensive staff drew that up,” Spradlen said. “We roll and throw it back. The corner didn’t come up like we were hoping, but the ball was in the air and Adjatay went and made something happen.”

Elizabethton did not earn a first down the rest of the half while Dickson, along with defensive linemen Kam Lester and Bryson Myers, maintained a residence on Elizabethton’s side of the line of scrimmage.

On Greeneville’s first drive of the second half Greeneville called on its ground game to punish the Cyclones’ defense. The Devils moved 76 yards on seven plays, with six of them on the ground. Damien Short ran three times for 31 yards. Quillen capped the series by keeping it on a read option and darting behind his left tackle 21 yards, finishing by powering over a pair of defenders before falling just across the goal line.

Quillen finished the night 15-of-19 passing for 179 yards and two touchdowns, and he ran for 73 yards on with another score. Short crossed the century mark with 113 yards on 20 carries.

Laws caught five passes for 101 yards and Dabbs had six catches for 70 yards.

The Cyclones tried to find a spark on their next offensive snap, but Dabbs electrified the packed house at Burley Stadium when skied high to grab an interception.

The next time Elizabethton had the ball Dickson delivered some his most punishing blows which led to a failed fourth-down attempt.

In the fourth quarter Greeneville’s defense got even stingier as the Cyclones were desperately trying to figure out how to score. The Cyclones mustered just 29 yards in the quarter and were stopped on fourth down two more times.

With the win Greeneville gains an upper hand in the Region 1-4A standings as it sits at 2-0 in league play. Seymour is 1-0 after beating Volunteer on Thursday, and the rest of the league has one loss.

“Our goal right now is not to be state champs, our goal right now is to be Region 1-4A champs, and we are in the driver’s seat,” Spradlen said. “We have to keep on doing our thing, and we are getting better every week. We want to continue to get better to make sure that we are the best that we can be once we get to the playoffs.”