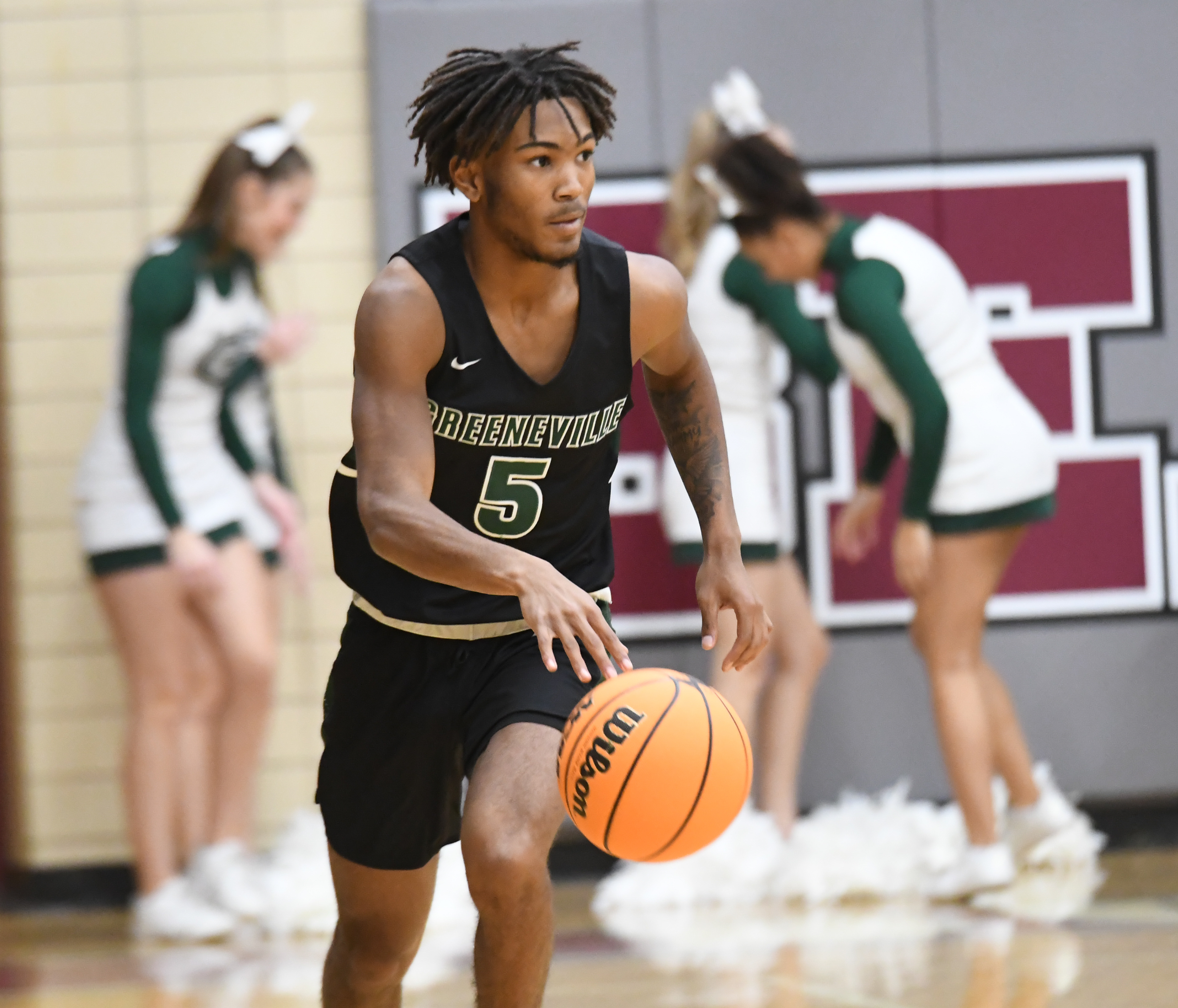 BRISTOL - In a game that was back and forth the whole way Greeneville's Adjatay Dabbs came up clutch in the final seconds to lift Greeneville to a 57-56 win over Trinity (Ky.) in its opening game of the Arby's Classic at Viking Hall in Bristol.

Greeneville head coach Brad Woolsey called timeout with 18.6 seconds to play to set up a game tying, or winning, shot. With the Devils trailing 56-54 the play was designed to go a different way and in Woolsey’s own words, “It got cluttered up and did not work, so then we go to a set where we spread the floor, let the chips fall where they may, and they definitely fell right tonight”.

The chips fell in the form of a three from the left elbow by Dabbs with 4.2 seconds remaining to give the Devils a 57-56 win over the Shamrocks from Louisville.

The first quarter saw the two teams feeling each other out early until Dabbs and Jayden Johnson swapped three-point baskets. Johnson is ranked as one of the top 25 players in the country for the class of 2026.

Dabbs drove the lane for a layup to give the Devils a 7-6 lead only to see Johnson nail another three from the top of the key. Seconds later it was Dabbs again for a triple from just right of the key to give the Devils a 12-11 lead with 1:03 left in the first quarter. Matt Toller made a short jumper as the quarter neared it’s end and the Shamrocks were up 13-12 at the end of the first quarter.

In the second period Dabbs and Johnson again matched each other bucket for bucket, then CJ Walls got into at act with a scoring burst of his own. Walls stole the ball and went in for an easy layup, then another layup and was fouled before completing the three-point play the hard way.

With 2:51 to play in the half Walls completed another old-fashioned three-point play and Trinity had its biggest lead at 28-21.

Greeneville's Trey Thompson completed an three-point play of his own at the 2:25 mark to reduce the lead to 28-24. Thompson sank a three form the top of the key and Jaquan Price found a wide open Isaac McGill for an easy two, but then Johnson hit back to back short jumpers to finish out the half with the Trinity leading 34-29.

Dabbs and Thompson kept the Devils close in the third quarter but the biggest move in the game may have gone un-noticed when Woolsey gave McGill the task of guarding Johnson late in the quarter. The Devils trailed 43-39 going into the fourth quarter.

Thompsom started the fourth quarter with a power layup followed by a triple from the elbow to cut the lead to only one at 45-44.

Walls beat everyone down court for a layup, then with 5:16 to play Dabbs hit a three from deep in the corner to tie the score at 47-47.

From there it was a shootout, but Johnson was a nonfactor as McGill was able to shut him down when it counted. There were five led changes over the last two minutes, but the biggest lead change came when Dabbs nailed the three to make the final score 57-56. The Shamrocks did manage to get off a desperation shot at the buzzer that was off the mark.

Dabbs, who led all scorers with 29 points said after the game about the final shot, "Trey and I did a little top of court screen and then switched and I got the switch I wanted, and it worked…nothing but net and I knew it when it left my hand. I watched it for a second and I thought to myself, oh yeah that’s the one”.

Greeneville plays again in the Arby’s Classic Thursday at 6:30.