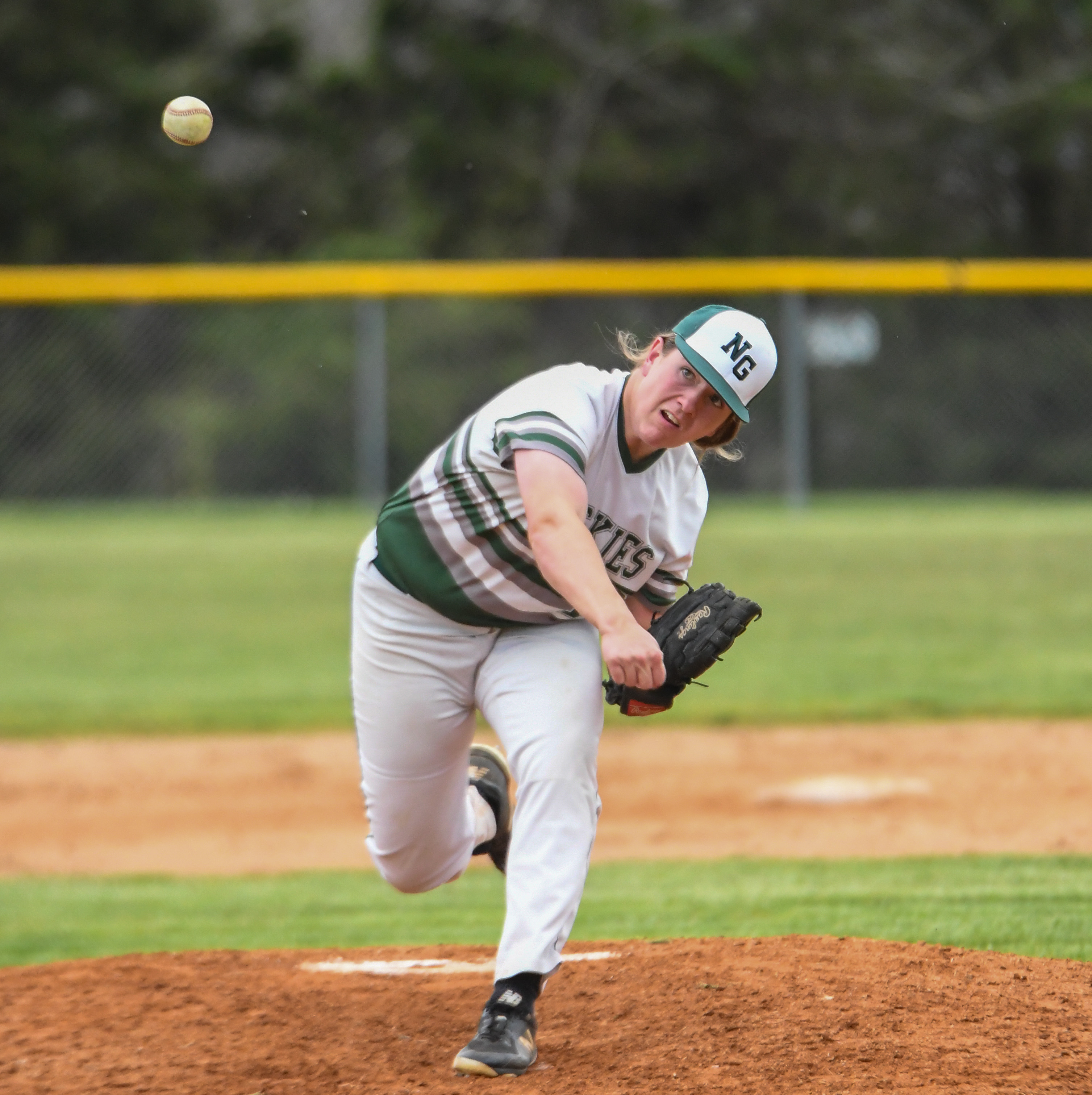 Jeshua Crawford was the big man on campus Monday night at North Greene as the senior right hander went the distance, scattering four hits across seven innings and striking out 13 on the mound in the Huskies 7-0 win over University High.

It looked like it was going to be an old-fashioned pitching duel early as both Crawford and University High starter Joseph Armstrong had things going.

Armstrong had five strikeouts in the first two innings, but in the bottom of the third Damain Burns singled up the middle and advanced to second on a wild pitch. Then Crawford laced a single to left scoring Burns for a 1-0 Huskies lead.

Tanner Sexton drew a walk, Adam Wier bunted to move the runners to second and third and Colton Robbins was hit by a pitch to load the bases with only one out. Seth Charlton hit a ball deep in the hole at short and was thrown out in a close play at first but Crawford scored on the play making the score 2-0 with runners on second and third with two outs.

Don Stansfield drew a walk to load the bases again, and Drexel Gant came through with a big two out single scoring Sexton and Weir for a 4-0 lead at the end of three innings.

To start the fourth inning Crawford got two quick outs before Drew Finny singled to right. Finney stole second and a fielding error sent him to third but Crawford struck out Jesse Greene swinging to end the threat.

Crawford walked in the bottom half and his courtesy runner, Mason Smith, scored on a single by Robbins that gave North Greene a 5-0 lead.

Crawford struck out the side in order in the fifth and then in the sixth, after a nice play on a line drive by Charlton, Crawford struck the next two batters giving him 12 through six innings of play.

The Huskies added two more runs in the bottom of the sixth to make the score 7-0.

Crawford finished off the game striking out Armstrong swinging for his 13th and the win.

Coach Jason Lowe said, “I'm very proud of Jeshua here tonight, very proud of the defense behind him, defense kind of let him down his last outing but they played well tonight. (University High) is a good baseball team and he kept them off balance all night”.

Crawford said of his performance, "I was just throwing, trying to keep it on the outside half and made pitches when I had to”.

Armstrong took the loss on the mound and Cade Pollock led the Jr Bucs with two hits.